Young children may not understand what’s going on. Experts advise to stay calm, be creative and, of course, follow the advice of Fred Rogers. 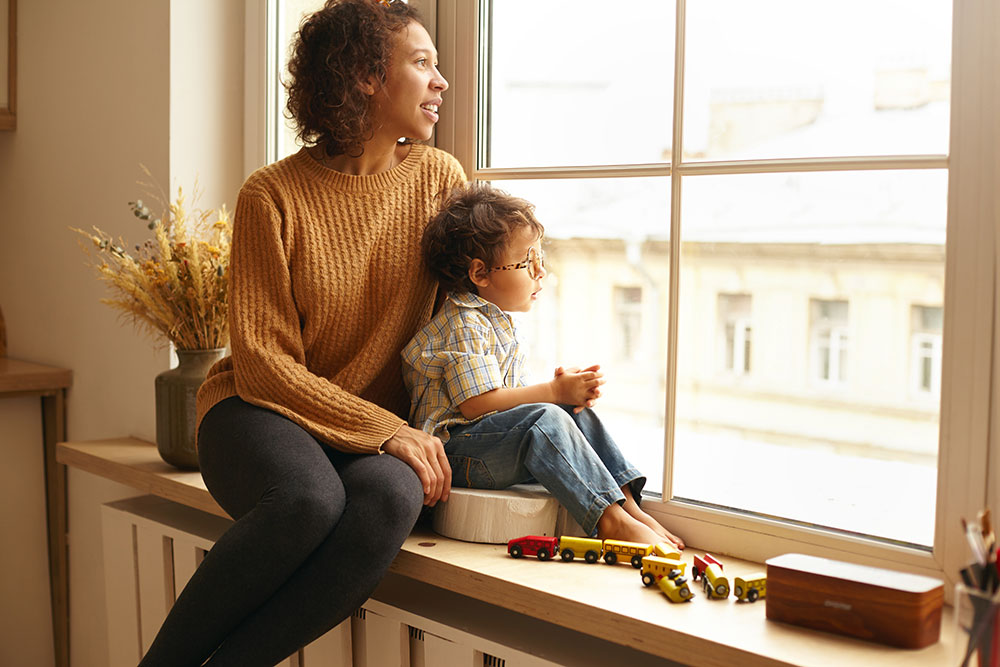 Children young and old have been abruptly cut off from their schools or daycares, their friends and even public playgrounds, and the situation can be tough for them to understand.

Even though Mister Rogers never did an episode titled “How to talk to your kids about a pandemic.” his advice is ever a resource for parents in hard times.

“I think it’s really important to state the obvious, which is sort of the Fred Rogers approach, that there are a lot of really smart people telling us what to do to be [healthy],” says Diana Schwab, a licensed clinical social worker and psychotherapist who works with young children and families; she also serves as a developmental specialist at Kids Plus Pediatrics, which has offices in Greenfield, Cranberry and Pleasant Hills.

“In that, you do both serious things — school is canceled and we have to wash our hands or we can’t go outside or we’re worried about grandma — or it can be silly things — we still like chocolate ice cream or we still fight about video games.”

Kids may be feeling anxiety but not know how to ask about what’s going on, but Schwab says there are ways you can help.

“A mom or a dad or a caregiver might be able to say, ‘I heard or I read the other day that some kids are worried about how long this is going to last, and I found myself thinking about the question,’ and that’s a way of getting a kid to say, ‘yeah, me too.’

“The key to a lot of that is short and small conversations where a parent is able to maintain their sense of hopefulness and calm — often you can go in too fast, too deep and not be able to extricate yourself,” she says.

But what if you don’t know the answer to the question yourself, such as how long will school be closed?

“I would say, ‘That is such a good question, and I don’t have the answer right now but as soon as I do I’m going to let you know. The doctors and the scientists are trying to figure that out for us so we know when we can be together without having each other get this nasty coldy/flu thing.’”

“Resistance is both about growth and development and autonomy, it’s also about finding your way,” she says. “It isn’t just about trying to make things complicated and harder for [parents].”

One way she recommends parents deal with resistance, especially with younger children, is to anticipate it. If children are having a hard time getting used to a new routine, it may be helpful to implement a schedule, but how you do so is important.

“Some parents came right out of the box with the schedule because that’s how they’re wired, and others said, ‘Let’s take a breath and take things one step at a time,’” she says.

For those looking to start a new routine, Schwab recommends parents act as though everything is going according to their master plan rather than a reaction to unruly behavior.

“Approach things from the point of view that you’ve been thinking about it and you’ve got an idea,” she says. “In other words, ‘I’m so glad we had last week to get used to all being together at home and school to be changing. What I have been thinking is, tomorrow is the day we start having a little bit of a different schedule because our bodies work really well when we have a schedule and it helps us do the important things like reading or math when maybe we don’t want to.’”

Another idea she offers to help children cope is to ask them to think about what questions they would ask one of the “helpers” if they could.

“It’s a little easier to talk about this from a logical point of view than, ‘What are you worried about?’” she says. “For some kids, you can’t pull from that side of their brain, they’re just in the right side … and for all kids you might try having a coronavirus drawing contest, ‘Who wants to draw how they imagine it?’”

Wexford mom Emily Garland, who has a 6-and-a-half-year-old son and a 4-year-old daughter, has implemented this idea.

“My son likes to draw so he’s been drawing the COVID-19 virus a lot,” she said in an email. “I also plan to have the kids collect balls from gumball trees and paint them (provided they aren’t too pokey!) [and] maybe make up silly songs for hand washing, things like that. Anything to keep things light and fun.”

She says her son has anxiety so she’s been in touch with his therapist about methods to help him as he’s old enough to realize that things have changed. She notes every kid is different in how much they should be told or how aware they are of what’s going on, but her son loves information so he wants to hear as many specifics as possible. 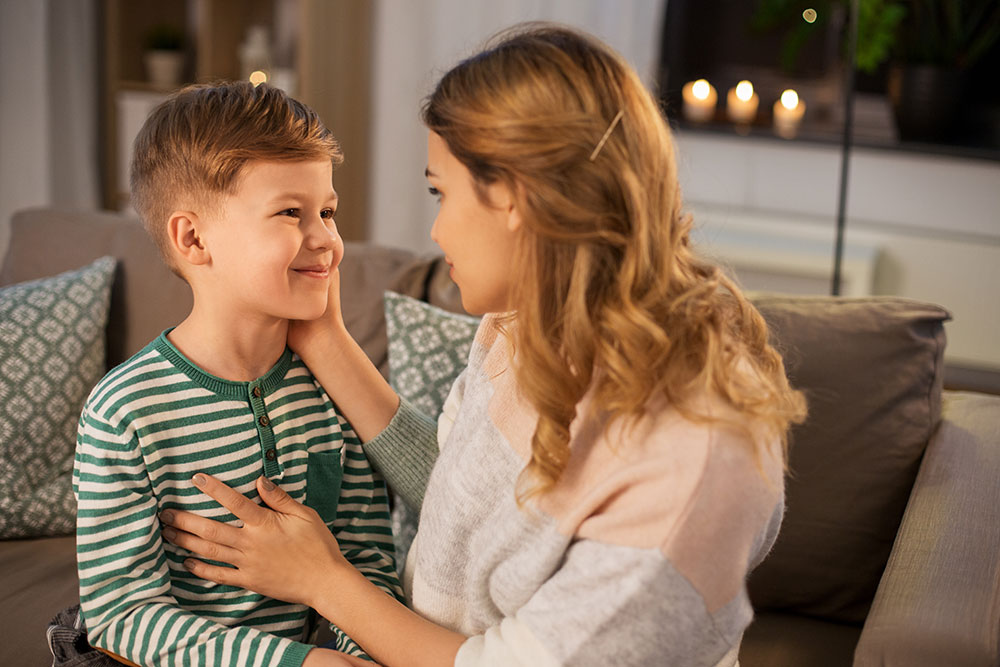 “He wants to understand exactly what we need to do to stay safe (he latched onto the ‘wash your hands for 20 seconds’ as an example),” she says.

She also notes that children often pick up more than you realize, so it’s important to discuss anything more serious after they’re in bed.

Garland has worked to keep to a routine, even printing a copy of the daily schedule and placing it in a laminated sleeve so they can check tasks off as they go. Other tips her son’s therapist recommended to her include reminding kids that children rarely get the virus and if they do it’s similar to a cold, or, at worse, the flu, and helping them stay connected with friends and family virtually; Garland’s son has been using the Marco Polo app to exchange videos with his friends.

Of course, one of the recommendations she’s followed is to look for the helpers.

“We talk about how doctors and nurses are helping those who are sick and that scientists are working very hard on a vaccine,” she says. “I tell him there are many ‘smart people on the job.’”