How to Keep the Weather From Dampening Your Special Day

Rain or shine, you can make your wedding pictures perfect. 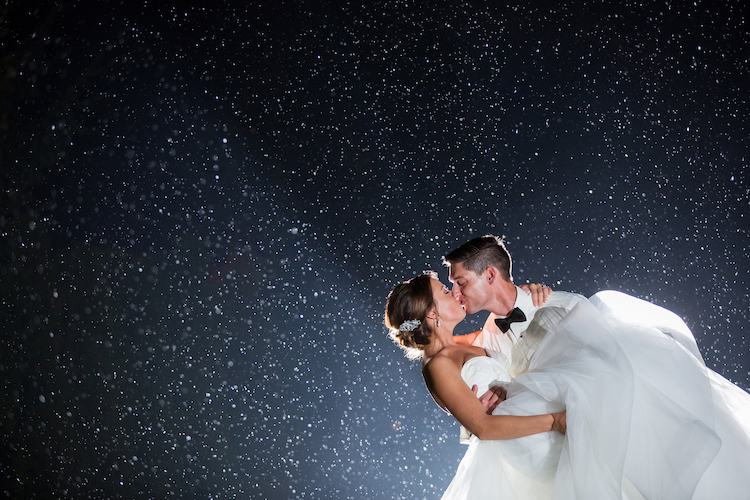 Unpredictable weather is a given in Pittsburgh, but when clouds or rain move in, how do you make sure your wedding day isn’t gray?

Stephanie Vehec and Austin Hancock were not at all surprised when their Oct. 22, 2021 wedding had a splash of rain. The couple had already shared multiple milestones with cloudy skies and flash floods, even the day Austin proposed.

Each year, Austin’s grandparents host a Thanksgiving scavenger hunt for their entire family, but due to COVID isolations, they moved it to June in 2020. Although the entire day was full of flood warnings, that did not stop Austin from ending the scavenger hunt down on one knee in the mud. By saying ‘yes,’ Stephanie opened the floodgates for an engagement filled with rainy memories.

“I’m pretty sure it even rained the day we picked the venue because every time it rained, we made a big decision with wedding stuff,” she says. 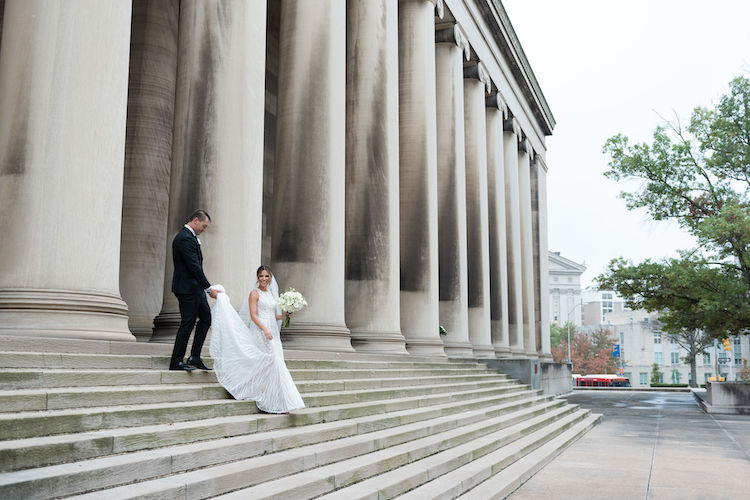 On the day of their wedding, the couple was able to make it through their ceremony at St. Paul Cathedral in Oakland and pictures directly after with merely overcast skies. However, just as their cocktail hour began at PPG Wintergarden, it started to rain — but the couple had already considered this possibility.

“When we picked the venue, we were like, we wouldn’t even be mad if it did rain,” says Stephanie. “The way the ceiling is in PPG it looks really cool when there’s rain on the windows, so it turned out beautiful.” 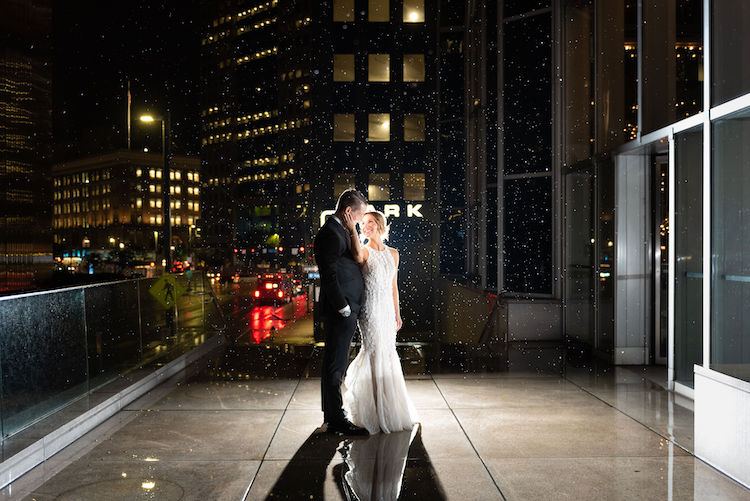 The couple’s photographer, Michelle Ramsey of MEE Photography, had planned to take sunset pictures of the two on a balcony, but she ended up capturing a beautiful moment of Stephanie and Austin dancing in the downpour.

“We have the photo framed in our house, and it’s one that everyone to this day still talks about, so it was worth it and turned out beautiful,” says Stephanie. 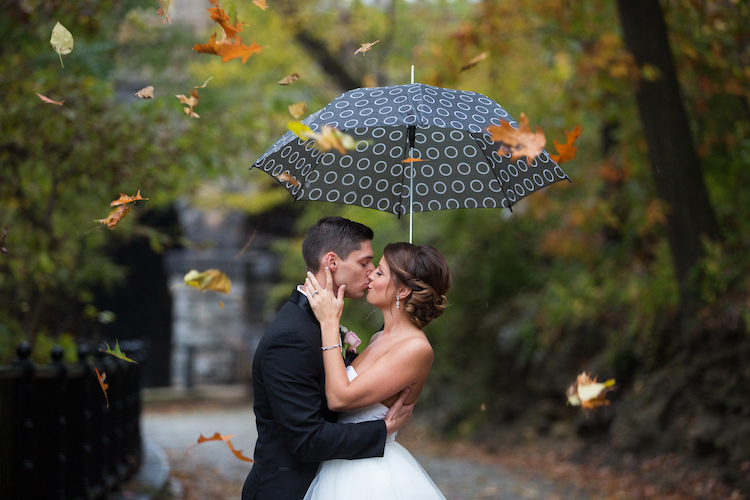 “I would say having worked here and having worked in Florida as a wedding photographer early in my career, the No. 1 challenge in Pittsburgh is the weather,” she says.

Kristen admits that Pittsburgh’s notorious overcast weather is not the worst option for weddings.

“The sun can be more dynamic and the photos can be more interesting, but you’re gonna have squinting, you might have them getting hot, and you are also going to be more limited on backgrounds and directions you can have them face,” she says.

Although overcast can make for a calmer photoshoot, Kristen recommends always being mindful of your backgrounds on dreary days.

“On a gloomy day, I don’t necessarily want to go in front of a gray building or gray stone,” she says. “I want to try to bring in a more interesting look through the background.” 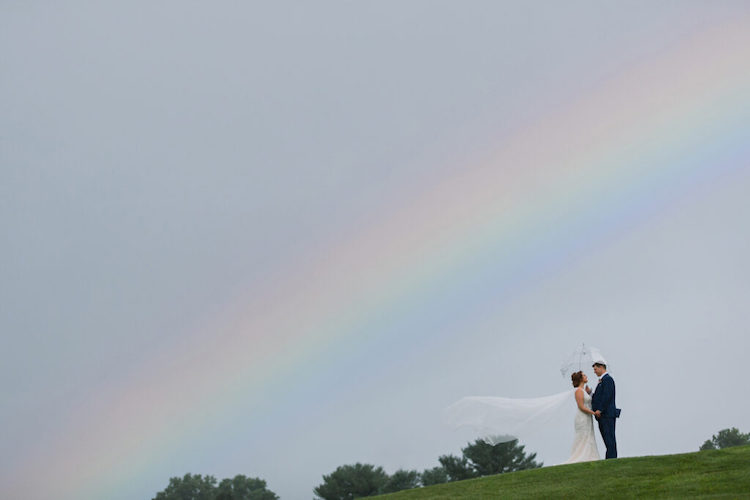 One of Kristen’s favorite ways to do this is by incorporating bright flowers into her pictures. On especially dark days, she may take a wedding party to a greenhouse or botanical garden in hopes of finding the perfect backdrop.

When planning for rain, Kristen looks into the wedding venue to see whether an outdoor venue has a rain plan in place or if she will have to come up with alternate locations.

“I have three or four sets of matching umbrellas, so the client doesn’t have to go out and spend hundreds of dollars on their own,” she says.

The matching umbrellas allow her clients to have a clean, cohesive look throughout their photos. However, Kristen advises sticking to neutral colors such as white, clear or gray because vibrant alternatives may photograph poorly. She suggests staying away from bright pink, green or orange because they can cast unwanted colors on faces.

“You really have to come up with that plan many months in advance, so I always try to set the client up for success from the very first meeting,” she says.