The multi-year mission to preserve the property of what was once the Churchill Valley Country Club began with a dog and a Facebook page. 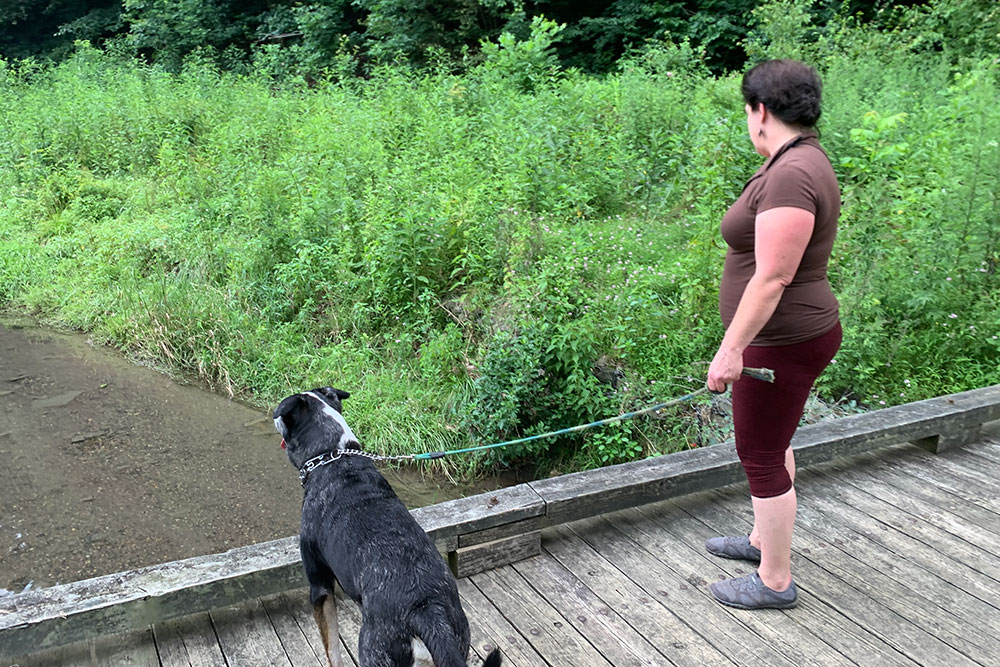 “We let him run here [Churchill Valley Country Club] and then was like, ‘Oh my God, wait a minute, this is like paradise,” Renee Dolney, Paris’ owner, says.

Dolney’s newfound paradise was a force of nature. After the country club’s doors shut in 2013, its 151 acres located in Penn Hills and Churchill slowly transformed from a perfectly manicured golf course to a green hilly landscape overrun by wildflowers — all just a quarter-mile from her home in Blackridge. 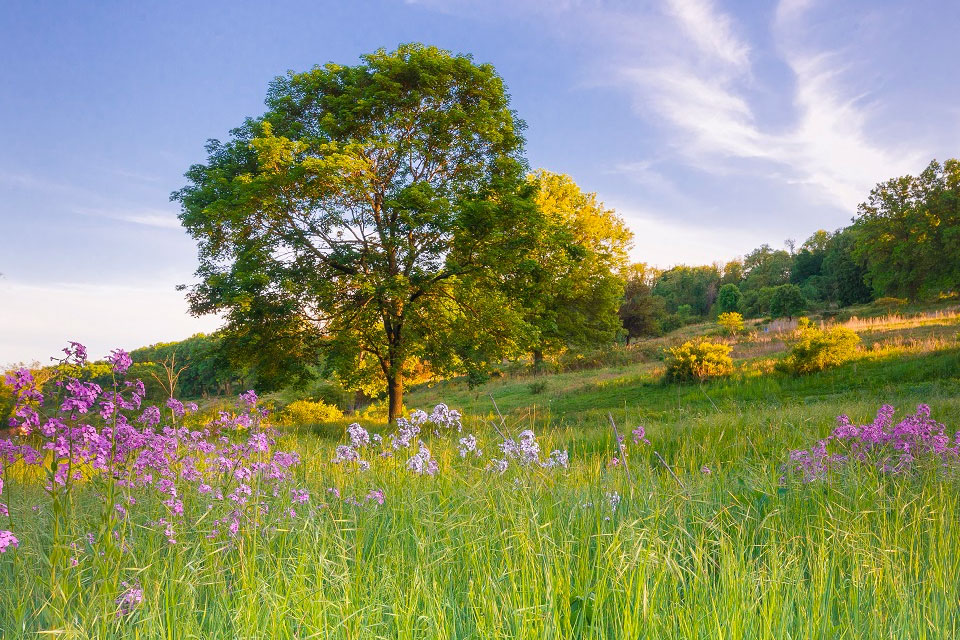 Zokaites Properties, a development LLC in Wexford, purchased the former country club in 2014. The community speculated the land would be used for fracking when EQT sent nearby homes leasing letters in September 2015. Any potential plans, however, fell through a couple of months later when the Churchill council amended the borough’s zoning code. The property remained untouched for years afterward — except for some local residents who began exploring it.

“It was really kind of a hidden secret, and there are people who’ve been coming out here for like seven years,” Dolney says.

One of the people familiar with the property was Emily Golling, a life-long resident of Penn Hills who can see it from her backyard. Golling didn’t have strong personal ties to the country club — her uncles worked as caddies there in high school but her immediate family were not members — but she saw how the property could benefit the community in the club’s aftermath.

“I noticed that people had begun walking the former golf cart paths, and I thought it would be a great location for families, disabled individuals and the elderly to go to,” she says. “There’s not a single green space or park in the Pittsburgh area like it.” 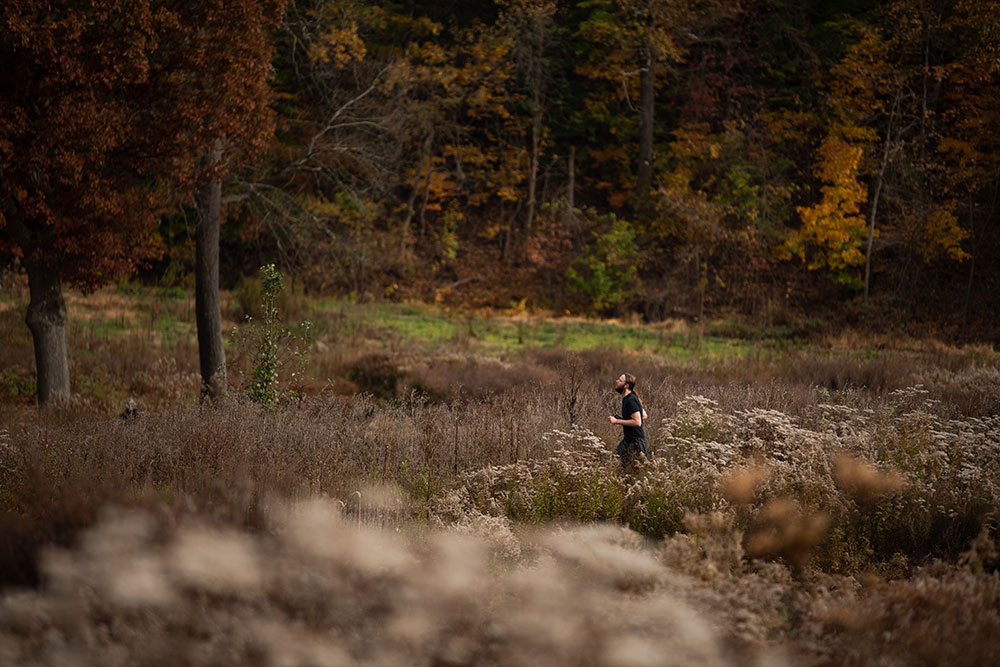 Golling, who already understood real estate transactions through a law firm she worked at, began reaching out to local experts to learn more about plants and wildlife. Then, in March 2017, she created the “Churchill Valley Country Club Land Preservation Effort” Facebook page to gauge community interest in preserving the land.

With a couple hundred followers, the page became a place for local residents to share stories about high school proms and first jobs at the country club. There were also posts from people like Golling and Dolney who simply felt a connection to the land and wanted to preserve it as a green space.

Dolney called Zokaites, who said they would sell the property for $3 million. But money aside, another issue loomed — they would need someone to manage the property’s 151 acres of wildlife and nature.

“It was clear that even if [the community] could raise the money we could not own it — we needed competence,” Dolney says.

Dolney reached out to the Allegheny Land Trust, a land conservation nonprofit, to ask if they would consider preserving it, and Golling sent along the research she did on the property’s watersheds and floodplains. According to Lindsay Dill, the ALT’s marketing communications director, it was the community support from the Facebook page that encouraged the organization to become involved.

“We’re not going to go into a community and just say, ‘We think this should be protected,’” Dill says. “We say, ‘Do you want to see this land protected?’ and in this case, people were approaching us saying they wanted to protect it and they wanted us to be involved.”

The ALT’s two-year effort to raise the $3 million began in July 2019. More than 800 individuals from the community donated more than $273,000, with other funds coming from local businesses, corporations and state grants. By the end of June 2021, the deal was finalized. Now the property once home to putting greens and golf carts has a second life as the Churchill Valley Greenway, a protected green space.

Dill says securing the Churchill Valley Greenway is one of the ALT’s bigger projects — both in terms of acres and impact.

“Protecting it means that 100,000 people within that three-mile radius now have a green space that’s close to home, and for us, that’s really special,” she says.

Though to Golling it goes deeper than that — preserving the land also means preserving a piece of Penn Hills’ history.

“So many places close in Penn Hills for a lot of people,” she says. “It’s like, what do we have that has held its history in our community? And it’s like, this land has.” 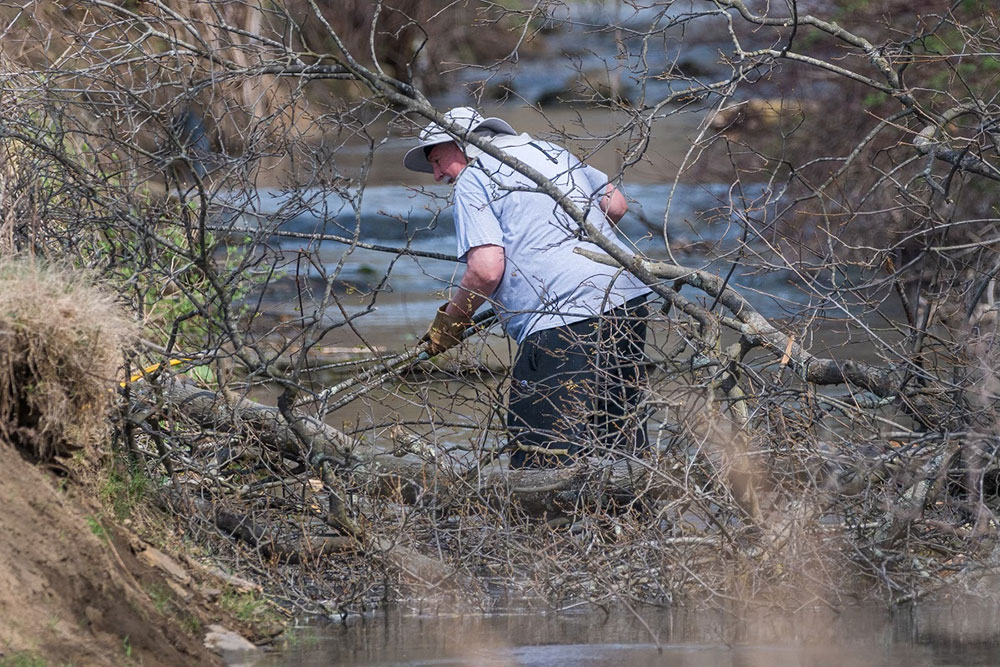 Community involvement has extended past monetary contributions. Dolney, who says she fell in love with the Greenway, founded the Chalfant Run Thompson Run Watershed Association, a volunteer organization that protects and cleans local streams. Two stream clean-ups, involving a total of 200 people, took place at the Churchill Valley Greenway in the past year.

“[The Churchill Valley Greenway] is really an opportunity to participate in nature in a way they just couldn’t do and to feel like they’re not just enjoying it but stewarding it and taking care of it,” Dolney says.

Dill says by next summer the ALT will be working to improve trails and parking lots and install signs indicating how to use the property. The ALT will also create a management plan to develop ways to improve the property’s infrastructure, including the bridges that cross streams and roads, which she expects to happen within the next two years.

In response to the community’s interest, the ALT has already begun programming events at the Greenway, including a volunteer meetup this Thursday and a Mushroom Hunt with the Western PA Mushroom Club Aug. 20.

“There’s so many people who are like, ‘Okay, what else can I do?’ and we love that energy, we love that support, so we wanted to make sure we started programming there pretty quickly,” Dill says.