How Pompeii Made Its Way to Pittsburgh

“Pompeii: The Exhibition” runs through April 23 at the Carnegie Science Center. 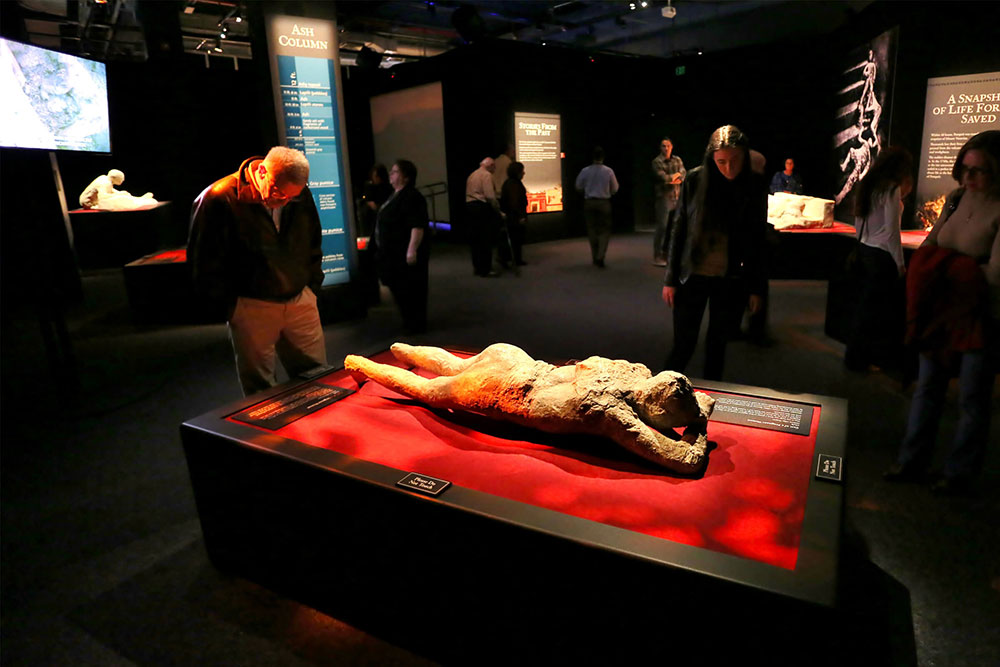 Mount Vesuvius in southern Italy erupted nearly 2,000 years ago, leaving the city of Pompeii buried beneath a layer of ash and pumice. But as the Carnegie Science Center says, what nature destroyed, it also preserved; the pall of ash from the very volcano that leveled the town and killed its inhabitants also preserved the artifacts and bodies — and some of them have made it all the way to Pittsburgh.

“Pompeii: The Exhibition” opened Oct. 2 in the center’s PPG Science Pavilion, offering visitors a look into daily life at the height of the Roman Empire. With more than 180 artifacts on loan from the Naples National Archeological Museum in Italy, the exhibit promises a “media-rich, object-based, immersive experience” that will provide insight into the ways the people of the fallen Pompeii lived, loved, worked, worshipped and found entertainment before its destruction in late August of 79 A.D. It all aims to tell the tale of an ancient city that remained hidden until its discovery 250 years ago. 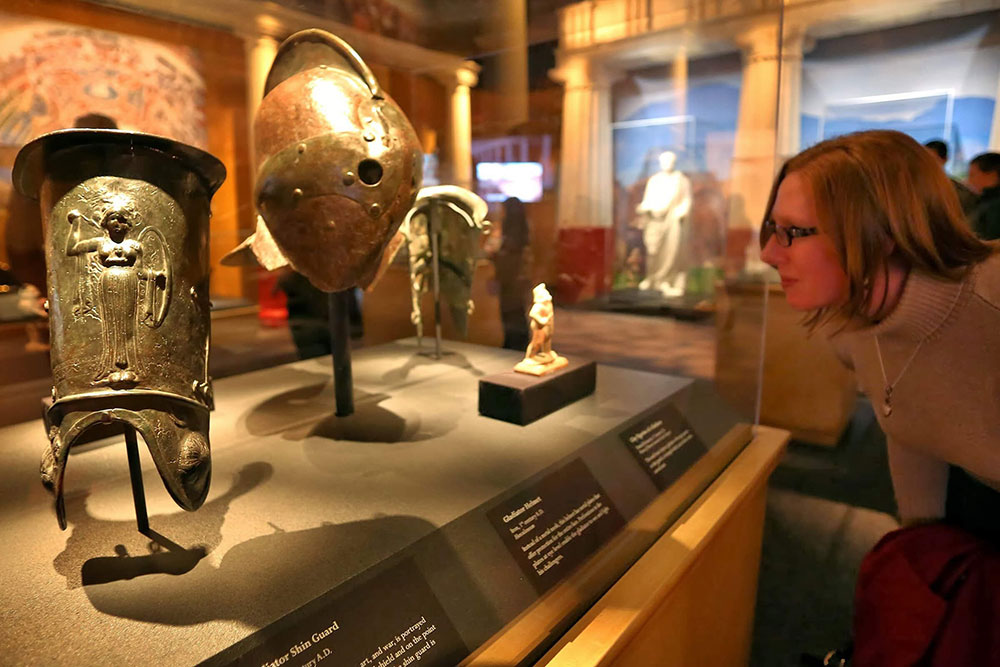 Paintings, mosaics and artifacts including gladiator helmets, armor, weapons, a ship’s anchor, lamps, jugs, other household objects, furniture, jewelry, medical instruments and tools will join a 2,000-year-old marble statue of the Greek goddess Aphrodite on display. Also included in the exhibit will be a reproduction of an atrium inside “a unique Roman villa,” as well as a forum, theater and marketplace.

Visitors will also be able to view casts of bodies preserved in motion by the complex environmental processes that followed Mount Vesuvius’ cataclysmic eruption.

According to pompeiisites.org, the remains of more than 1,000 victims have been found during excavations in Pompeii. During the first phase of the eruption, those who hadn’t left the city were trapped, buried by a shower of pumice stones and lapillo or crushed beneath the weight of falling debris. Of these victims, only bones have been found. 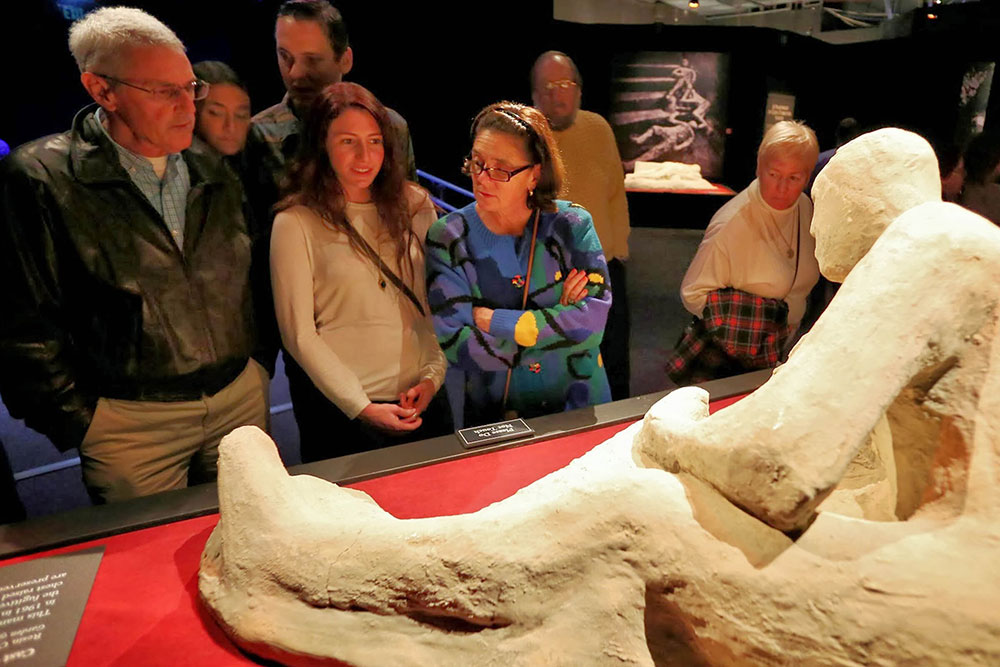 But the casts, like the ones on display at the Science Center, were created a little while later, by a high-temperature pyroclastic flow — a dense, fast-moving flow of solidified lava pieces, volcanic ash and hot gases — that hit the city at high speeds and filled all the spots not yet covered by other volcanic materials. Everyone still in the city was killed from the heat of the flow, which can range in temperature from 392 degrees to 1,292 degrees Fahrenheit, according to National Geographic.

The bodies of these victims remained in the same position as when the pyroclastic flow hit them and, over time, the bodies decomposed leaving voids in the shape of the bodies. Archaeologists poured plaster into the cavities, creating plaster casts of the impression in the ash. Because the very fine ash completely covered the fallen inhabitants, the plaster casts show details such as facial expressions, hairstyles, and clothing.

Visitors will be able to see these body casts at the exhibit. The original body casts still contain the bones of the victims and remain in Naples. The casts you will see are authentic recreations of them

The exhibit also features an immersive 4D eruption theater, which uses CGI imagery, surround sound, vibrations and special effects to simulate the eruption of Mount Vesuvius. (It can be bypassed by visitors who are sensitive to strobe lights or sounds.)

Watch this to learn more⇓

Editor’s note: The description of the casts has been clarified from an earlier version of this story.