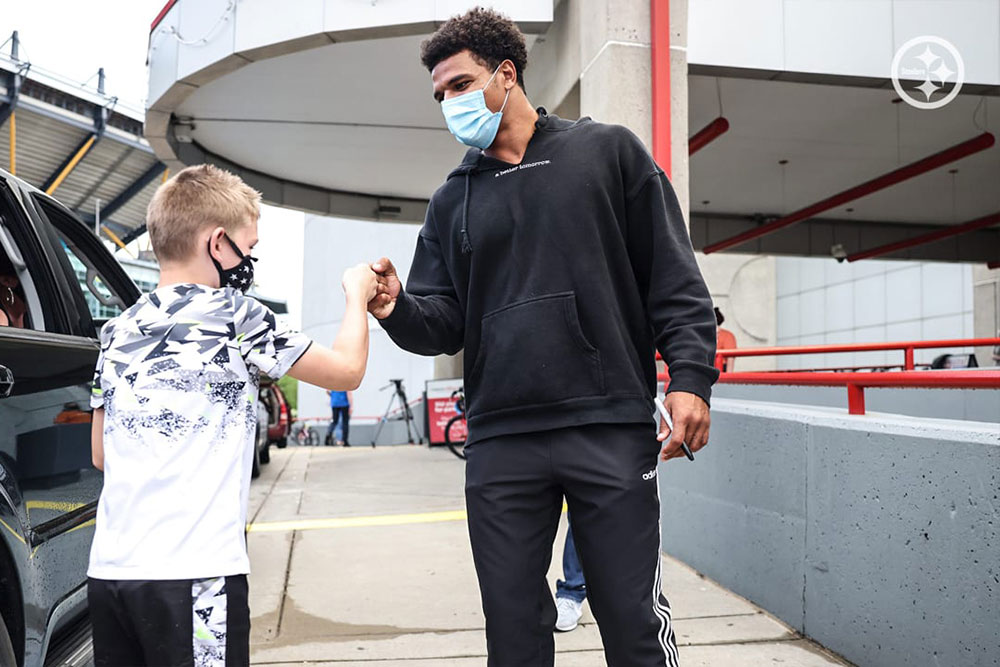 They may have been wearing masks, but there was no hiding the grins on kids’ faces Tuesday as Pittsburgh Steelers safety Minkah Fitzpatrick hosted a bike giveaway at the Carnegie Science Center.

The NFL player teamed up with national nonprofit Dreambuilders Foundation and Pittsburgh-based KidsVoice to distribute bikes to local foster children as a way of encouraging them to get outdoors.

“It’s just something simple, something fun,” Fitzpatrick told steelers.com. “Hopefully these kids will go home, ride their bikes with their friends, pop some wheelies and just have fun.” 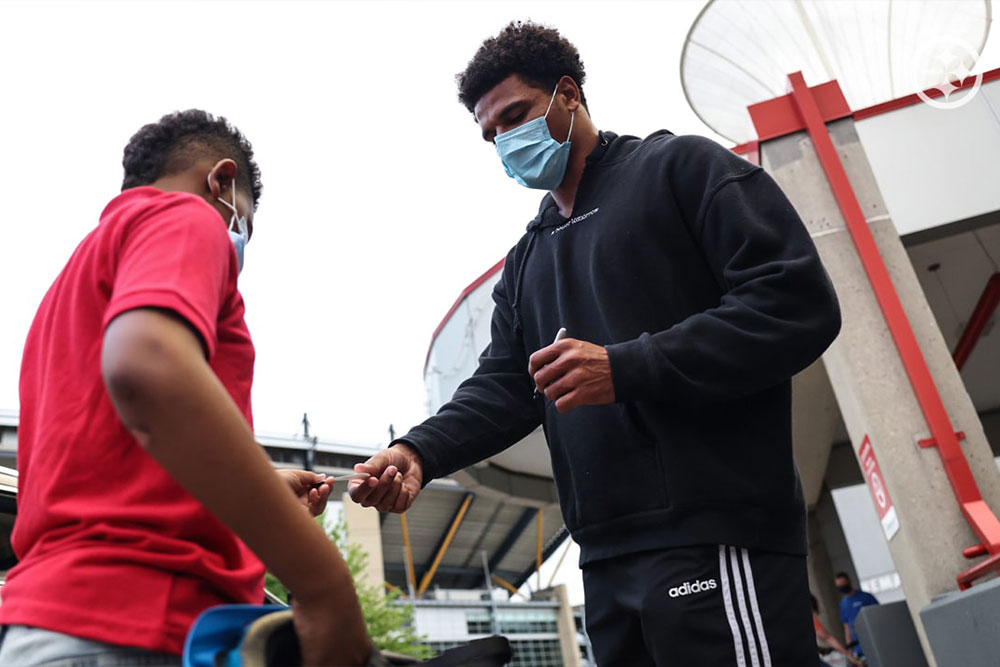 About 35 kids between the ages of 7 and 12 attended the drive-up giveaway, where Fitzpatrick handed out bikes, bike helmets, a pair of new shoes and signed Steelers items. He also took time to visit with the kids and pose for pictures — later, even helping load bikes into the recipient families’ cars.

“Minkah is an extremely genuine person,” Scott Hollander, executive director of KidsVoice, told steelers.com. “To have him say this is a cause that is important to him, that he wants to help foster kids, means so much. He hasn’t even been in Pittsburgh that long, and for him to want to do something for foster kids, at-risk kids. He is interested in the kids. He relates to the kids. He relates to my staff. He is just a genuine person.”

While Dreambuilders works with professional athletes to help “financially, physically and mentally-challenged kids receive items, opportunities and equipment they need to achieve their dream,” according to the foundation website, KidsVoice is a local agency representing abused and neglected kids in foster care or group homes.

In partnership with @Dreambuilders_1 and @KidsVoicePA, @minkfitz_21 distributed new bikes and shoes to some Pittsburgh-area children in foster care to celebrate spring and encourage them to spend more time outdoors! pic.twitter.com/qPB65shVeU

Hollander adds the COVID-19 pandemic has been particularly tough on children serviced by KidsVoice because they faced isolation and remote learning without some of the resources other kids might have at their fingertips. Getting a new bike and gear — not to mention meeting a star Steelers player — was a welcome surprise, he says.

“Everybody was happy at the bike giveaway. Our staff hadn’t been able to have an event for the kids yet, so they were radiant,” he says. “The kids had the biggest smiles of all, getting a new bike, new shoes, getting a picture taken with Minkah. They felt so lifted and it gave them a boost.”