The owner of Safi Juice in Garfield left a job he hated to tap into something from his childhood. 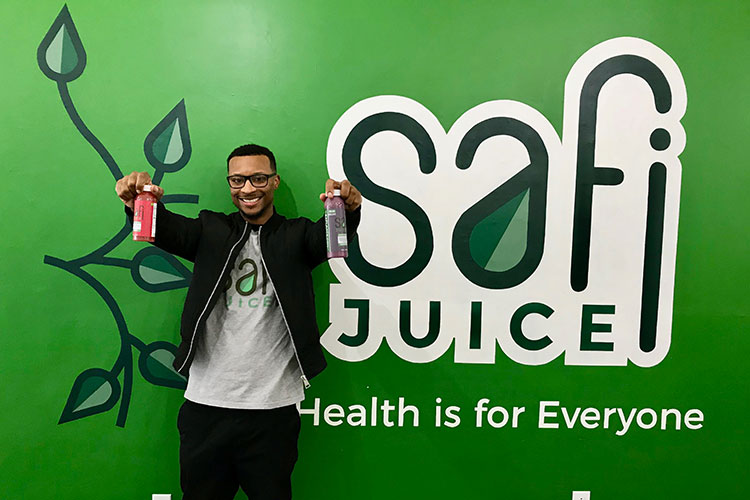 Three years ago, days after he turned 28, Sharif Rasheed got suspended for a week from his corporate gig — for selling juice.

It was the beginning of the end of working for someone else and, after investing $400 in himself, the kickoff to owning his own business — Safi Juice. Now, he has a storefront in Garfield, which he opened in November. But back when he was suspended Rasheed was toting a blue cooler-messenger bag full of juice that he sold to a handful of regular customers but also to strangers he met on the street Downtown. "That was the hustle. Every day. Imagine asking a random stranger, 'Hey you want to try this?' You have to really want it to do that,” he says.

Rasheed grew up in a vegetarian household, and his father juiced just about every day, even if some of the concoctions were a bit, well, he says, "the most random combinations. A lot of cabbage juices. A lot of garlic. A lot of ginger."

He’s taken a fresher approach to flavor building at Safi Juice, blending cold-pressed juices, homemade nut milks and a smattering of other ingredients for flavor, nutrition and visual appeal. 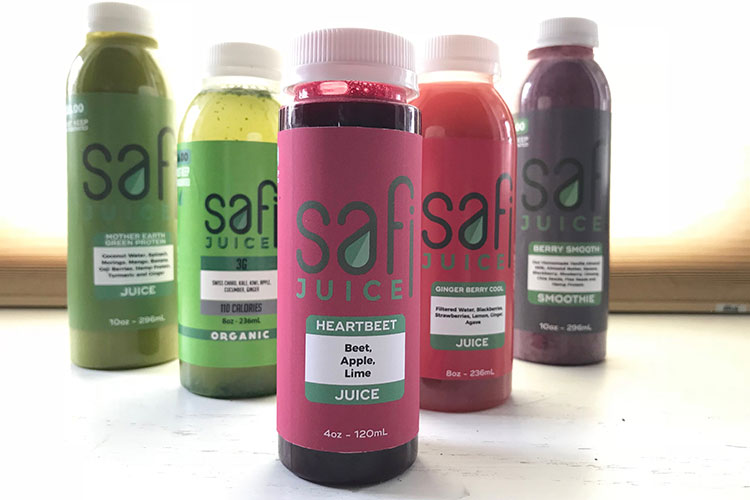 Rasheed is an avid reader, currently that’s how he works through the quieter hours at his storefront. Right now, it’s The Encyclopedia of Healing Foods by Michael Murray and Juicing Bible by Pat Crocker.

He works out flavor profiles on a notepad; it takes two weeks to a month to craft a consistent recipe. “What, specifically, to put into a new juice isn’t that hard for me,” he says. "The measurements are the hard part. Some fruits have a high water content. Some vegetables bitter. So what balances with bitter?"

"When I first started this, nobody believed that I owned this," he adds. "They assumed I worked for somebody. And then people said 'you should put this in a yoga shop.' You get that, a lot."

Yoga isn’t his thing, he says. Plus, a focus on the benefits of fresh juice blends long has crossed cultural boundaries. "I want to show people that there's no color attached to good health,” he says.

What’s important to him, he says, is to support the organic growth of the blossoming arts and business district on the stretch of Penn Ave. that splits Garfield and Friendship.

Right now it’s an uphill battle. Opening a juice bar at the beginning of winter wasn’t the best timing (construction took several months longer than expected), and he’s faced additional adversity; a leaky roof after an upstairs neighbor’s pipe burst during a cold freeze and a building-related sewage backup. Still, he knows that founding Safi — which means pure in Swahili and Arabic — was the right choice for him.

"This is teaching me a lot about starting a business. But it's teaching me even more about myself. I have to remember that I started with a little bag,” he says.