How Can We Fight High Black Infant Mortality Rates in Pittsburgh?

Allegheny Health Network wants to ensure all Allegheny County babies reach their first steps — and beyond. 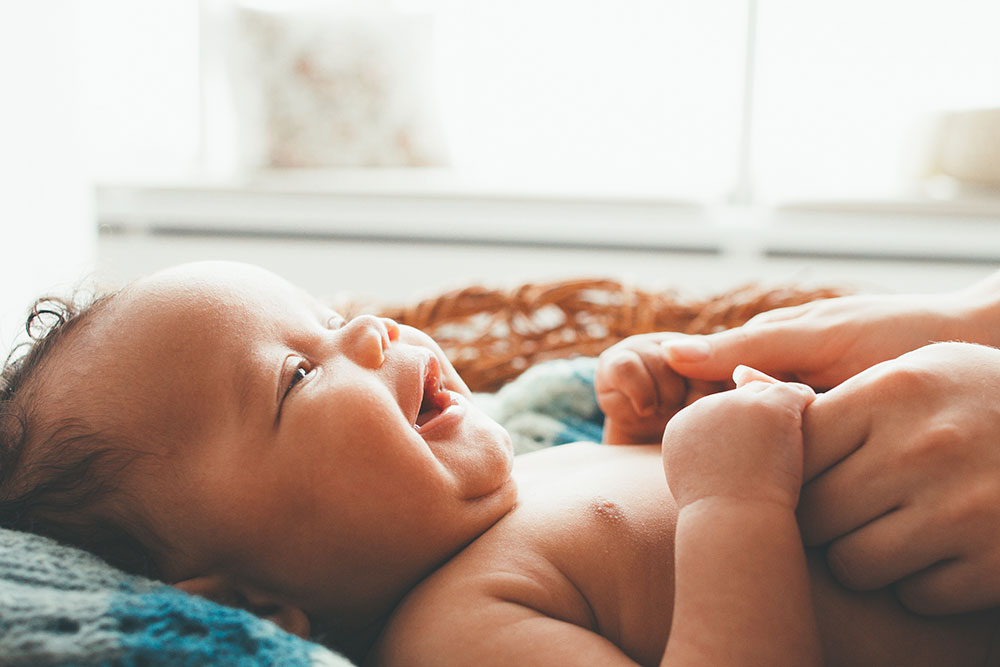 Elissa Edmunds-Hunt has one vision: to make sure every single baby born in Allegheny County celebrates their first birthday.

This is the task she will take on as director of First Steps and Beyond, a new initiative from Allegheny Health Network’s Equitable Health Institute. The goal of First Steps and Beyond is to reduce the infant mortality rate for Black babies, which is disproportionately high compared with other demographic groups. This will automatically decrease the infant mortality rate for all babies.

“Put another way, of the 78 babies who died in Allegheny County, 38 of them (49%) were black,” the report says. Black residents make up only 13.4% of the county’s population, according to the latest U.S. Census.

The maternal mortality and fetal mortality rates of Black women in Pittsburgh are also higher than that of white women — and the inequalities themselves are wider in Pittsburgh than in demographically similar cities, according to a 2019 report from the city’s Gender Equity Commission.

These reports inspired AHN to invest in reducing Black infant mortality in Pittsburgh, according to Margaret Larkins-Pettigrew, senior vice president and chief clinical officer of diversity, equity and inclusion for AHN/Highmark Health.

Edmunds-Hunt, an alumna of Allegheny College, moved from Pittsburgh to Washington, D.C. in 2018. While in D.C., she worked with Mamatoto Village, a nonprofit that combats health disparities for Black mothers and children in D.C. She says she will bring her experience at Mamatoto Village with her as she returns to Pittsburgh to direct First Steps and Beyond.

“Their model is beautiful,” Edmunds-Hunt says. “It’s justice-centered, it really puts the people receiving the program in charge of their care… them telling [us] what they need, and not us assuming what people need and projecting that onto them.”

While Edmunds-Hunt has the necessary passion and expertise, according to Larkins-Pettigrew, what really makes her stand out as a director is her ability to be both a leader and a follower.

“A lot of people have a passion for this, a lot of people believe that this is their purpose, and they have the expertise, but being able to really step outside yourself, be a servant leader, which she is, and that’s what shines through,” Larkins-Pettigrew says.

According to a report from the Allegheny Health Department in January 2015, the leading causes of death of Black infants in Allegheny County between 2011 and 2015 included disorders related to premature birth and/or low birth weight, congenital malformations and/or chromosomal abnormalities and Sudden Infant Death Syndrome.

Edmunds-Hunt and Larkins-Pettigrew also cite sleep-related accidents, such as accidental suffocation; malnutrition; and premature birth as causes of infant mortality. Larkins-Pettigrew adds that social determinants of health, such as Adverse Childhood Experiences, can have a major impact on the health of Black families.

“We haven’t even talked about some of the social issues around trauma and violence in their own homes, in their own communities… it’s another space that we find, you know, this whole concept of ACEs, you know, Adverse Childhood Experiences… and you have maybe a parent who’s incarcerated, a parent, you know, alcohol is in the home and on and on and on,” Larkins-Pettigrew says.

While Larkins-Pettigrew says these issues are not unique to Black families, she says they are variables to be aware of to make sure that a home is safe for both mother and child.

Education will be a significant part of First Steps and Beyond — education of obstetric clinicians, nurses, technicians and anyone else who interacts with pregnant women in health care settings on the history of racism in medicine.

“Dismissiveness, assumptions of people’s pain levels, not believing people when they’re in pain or their experiences in their bodies, not being willing to listen or have a conversation, all of these things stem centuries,” Edmunds-Hunt says. “With that, there are also centuries of trauma and distrust on the side of the patient, especially for Black women, especially for Black birthing people, with experimentation, modern-day things being perfected back then, of babies being snatched from families.”

It’s important not only to unlearn harmful behavior, she says, but also to learn how to identify biases and provide trauma-informed care.

In addition to educating health care workers, the First Steps and Beyond initiative will aim to educate people in the community about birth spacing guidelines, safe sleep practices and parenting skills. It will also provide continued support for new parents, including postpartum assessments and mental wellness care, and work to reduce barriers to prenatal health care, including transportation barriers that can prevent pregnant women from getting to their appointments.

AHN doesn’t plan to take all of this on alone — First Steps and Beyond will collaborate with the existing community, health care and government organizations to create a comprehensive program, according to Edmunds-Hunt. She says many organizations, like Jeremiah’s Place, a crisis nursery that provides 24-hour emergency child care services; Healthy Start, which aims to improve maternal and child health; UPMC Magee-Womens Hospital; The Pittsburgh Study; and the Allegheny Health Department, have already come to the table.

Ultimately, the hope is that representatives from every health care center in Pittsburgh — Gateway Health, Heritage Valley, St. Clair Health, UPMC and AHN — will serve on the executive committee. However, Edmunds-Hunt says it’s important to her that more than just health care professionals are given a seat at the table.

“If we’re talking about Black maternal mortality, Black infant mortality, those voices are Black voices that must be centered,” Edmunds-Hunt says. “And what that looks like to me is ensuring that the initiative doesn’t become just a bunch of all of us academics or all doctors or all of anyone, but that every voice needs to be at the table.”

To do this, First Steps and Beyond will seek volunteers to be involved at the community level — people who “can bring quality information to us and make sure that we are accountable for what we do,” Larkins-Pettigrew says.

Right now, First Steps and Beyond is funded in part by The Heinz Endowments, the Highmark Foundation and PNC. Larkins-Pettigrew says a big challenge will be gaining sufficient funding to ensure the program is sustainable in the long term.

“We’re looking for someone to name this project, to take it on and name it, endow it,” Larkins-Pettigrew says. “We want it to go on through perpetuity.”