One of the goals is to make Pittsburgh a more walkable city. 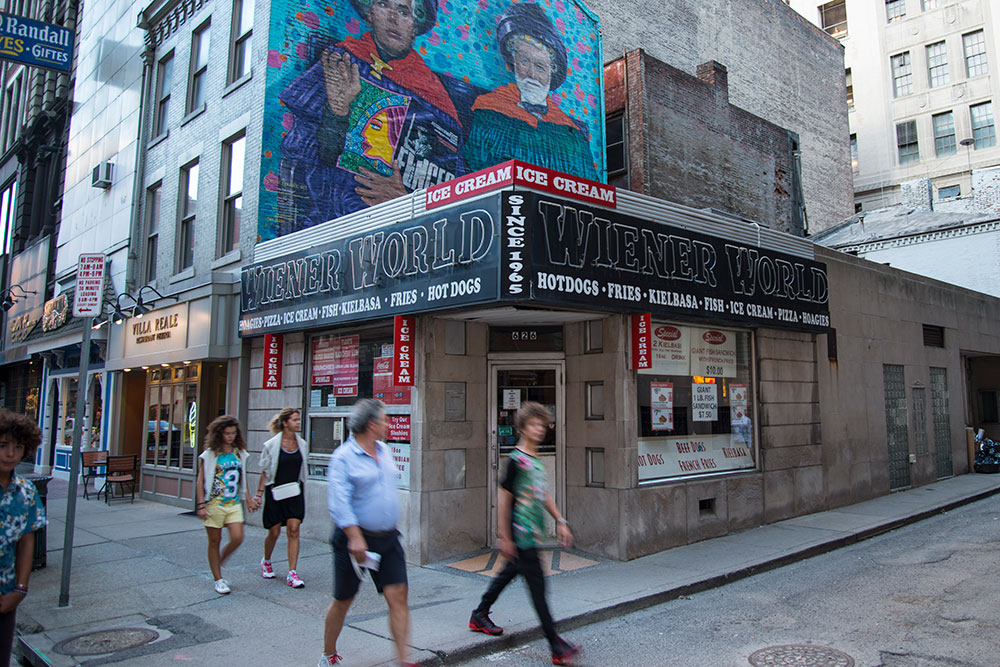 Improving Downtown’s streets with better and safer pedestrian access are part of the plans by the Pittsburgh Downtown Partnership and the City of Pittsburgh to welcome in the Golden Triangle’s new era.

“Downtown needs to be a place where all people feel welcomed, and this means ensuring our streets are safe, functional and vibrant,” says Chris Watts, vice president of district development for the partnership.

“The pandemic changed many things such as work patterns and commuting volumes, but Downtown’s collection of small businesses, public spaces and outdoor dining districts have continued to serve as a destination where people want to be.”

The Downtown Mobility Plan, unveiled by the partnership in May of 2021, includes safer and more accessible sidewalks, a connected network of high-quality bike corridors and an increase in priority bus access — all of which aim to fulfill a vision of Pittsburgh as a walkable city.

Included in this vision, too, is a reimagined Smithfield Street, primed for a facelift. Gone will be the narrow traffic lanes and the cracked asphalt along underground concrete joints — remnants of the long-past days of the streetcar. Instead, the street will become a bustling green corridor for all users; the sidewalks will be widened, and streetscape amenities like lighting, trees, planters and space for outdoor dining will be added.

The plan calls for work between Forbes and Fifth avenues from summer 2023 to spring 2024, from Fifth to Oliver avenues from spring to winter 2024 and from Oliver to Sixth avenues from winter 2024 to fall 2025. Smithfield will remain open to pedestrians but closed to all vehicular traffic during each chunk of work.

“Smithfield Reimagined will be transformational for an important corridor that is not living up to its potential. In the center of Downtown, Smithfield is currently a connector for many employees, visitors and transit riders,” Watts adds.

“With a world-class urban park, growing number of residents and the upcoming Target, Five Below and relocation of Burlington, Smithfield is evolving to be a destination in itself. The project will rebuild the street and streetscape in a way that invites activity and manages the dynamic nature of Downtown streets.”

This article appears in the August 2022 issue of Pittsburgh Magazine.
Categories: Community Feature, From the Magazine