How a Glass Mural in Sharpsburg is Bringing the Community Together

Designed by artist Sarah Cohen, a colorful, nature-inspired mosaic on the side of nonprofit Second Harvest Thrift’s building is being assembled by neighbors. 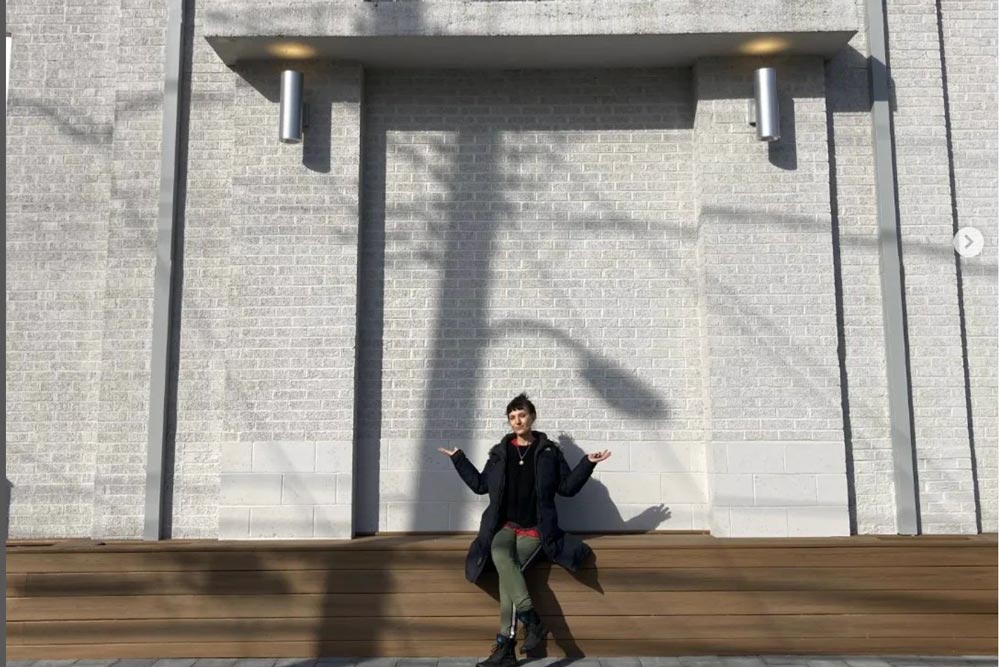 Second Harvest is a year-old nonprofit that sells clothes, housewares and furniture donated from those within the Fox Chapel Area School District at affordable prices. The proceeds go toward grant opportunities for businesses in the community as well as for jobs that pay a living wage.

In a collaboration with architect Robert Tunon of Rothschild Doyno Collaborative and Second Harvest director Bonnie Demotte, the board commissioned Cohen to create a large glass mosaic mural on the side of Second Harvest Thrift’s building on Clay Street. Scheduled to be installed in April, the mosaic will stand 8½ feet by 7½ feet when complete. 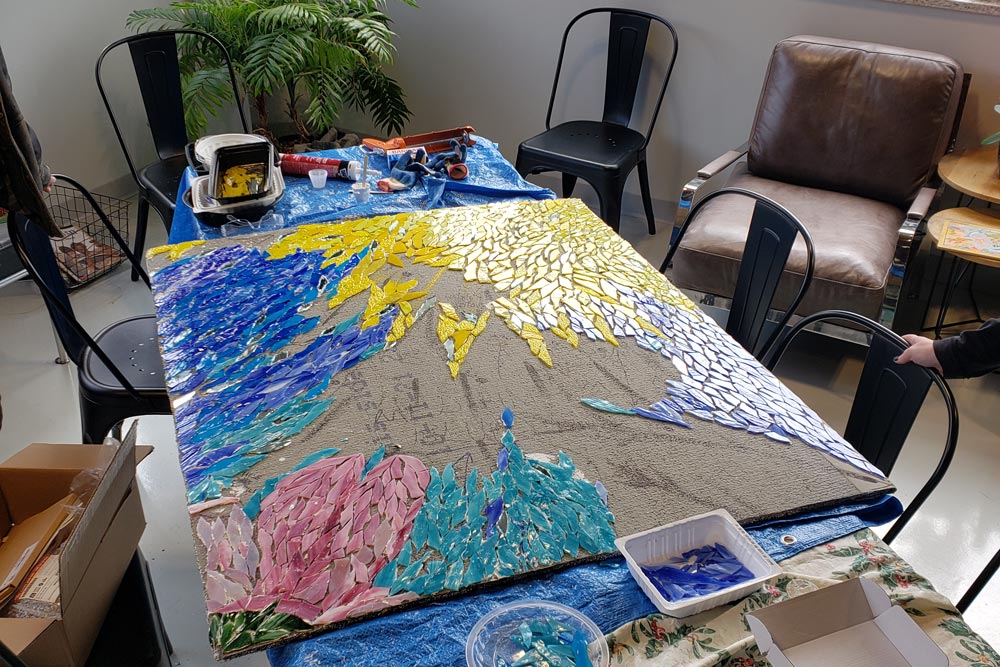 A New Jersey native who moved to Pittsburgh in 2015 to pursue a technical apprenticeship with the Pittsburgh Glass Center, Cohen says she designed the nature-inspired mosaic to be vibrant against the gray building.

“There’s going to be a garden there that they’re planting in the summer, so I knew that it had to be lively,” Cohen says. “I made several drawings 一 the one we went with has flowers, so it had every single color in it.”

Since the efforts to design Second Harvest’s mosaic began in January, Cohen — who also owns a glass jewelry business, PetalVision Glass — has hosted workshops at the thrift store every Saturday where Sharpsburg community members and Second Harvest volunteers work together to assemble the mosaic. Teaching participants how to create mosaic art is a joy, she says.

“I feel good that people are learning how to make mosaic or what materials you can put outside to do a mural outside,” Cohen says. “It’s kind of like a therapy session where people come and just talk to each other.” 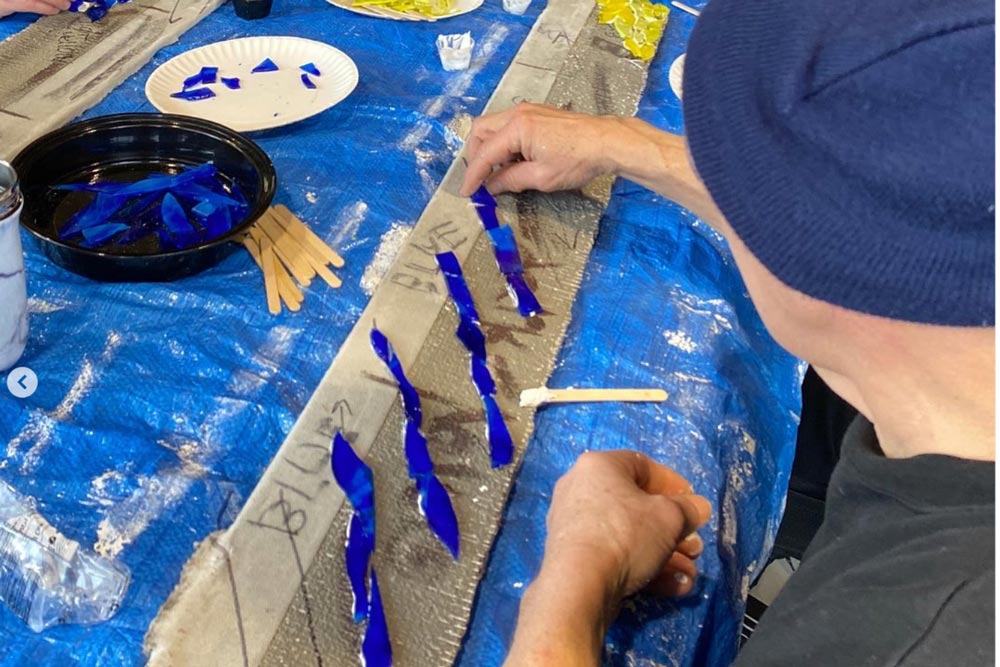 Cohen also teaches participants how to use tools to nip glass sheets into small mosaic glass pieces called tessera during the workshops. Paul Wissmach Glass Factory, a West Virginia-based glass company, donated all of the glass sheets in this project. Cohen adds the stained glass is a rarity in the United States.

“It takes so much handwork to just nip all this sheet glass,” she says. “It’s amazing that [Paul Wissmach Glass] gave us these glass sheets unique to America 一 there’s only so many manufacturers left in America.”

During the workshops, kids and adults nip and glue glass side by side at a long table. A typical session consists of about 10 people, and Cohen adds that many of the kids are very invested in the project.

“There was one child who understood the way the pieces should be glued down and actually listened to everything I said about the directions of how to do mosaic spacing and gluing,” she says. “It makes my day to see a child so interested and so young.” 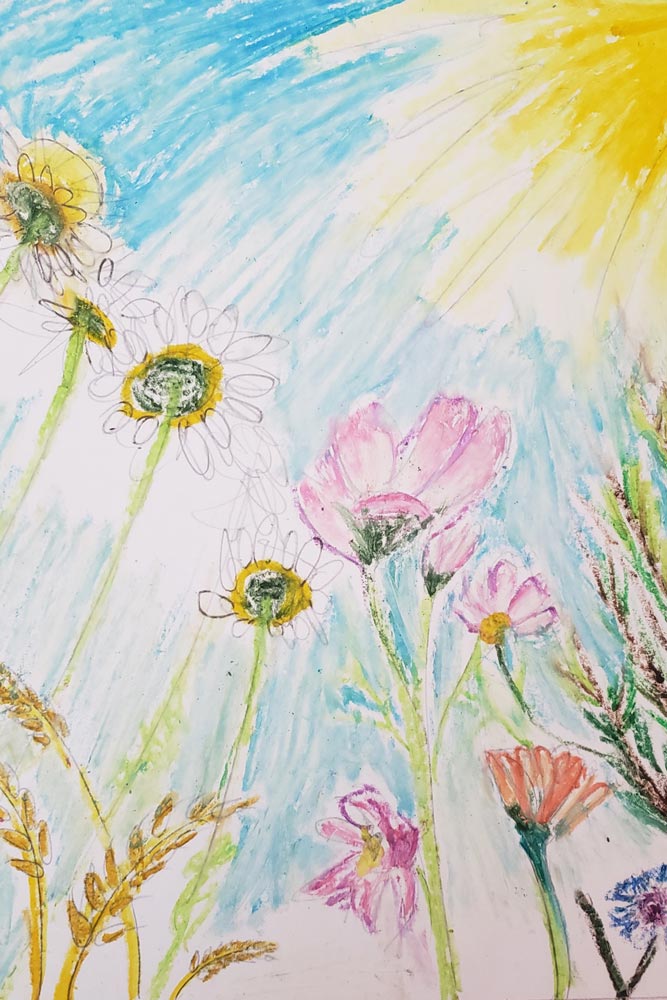 Cohen says she is thrilled to add her artistic vision to the Sharpsburg neighborhood — and by the way the mural has brought the community together.

“You’re kind of beautifying that one spot that you maybe wouldn’t have thought to look at when you walk down the street,” Cohen says. “I want people to walk around and notice something pretty, so it helps their day.”