Hot Property: A Pineapple is a Sign of Hospitality at this Thornburg House

The split-entry style house is surrounded by luscious landscaping, including a courtyard with the tropical plant carved in its center. 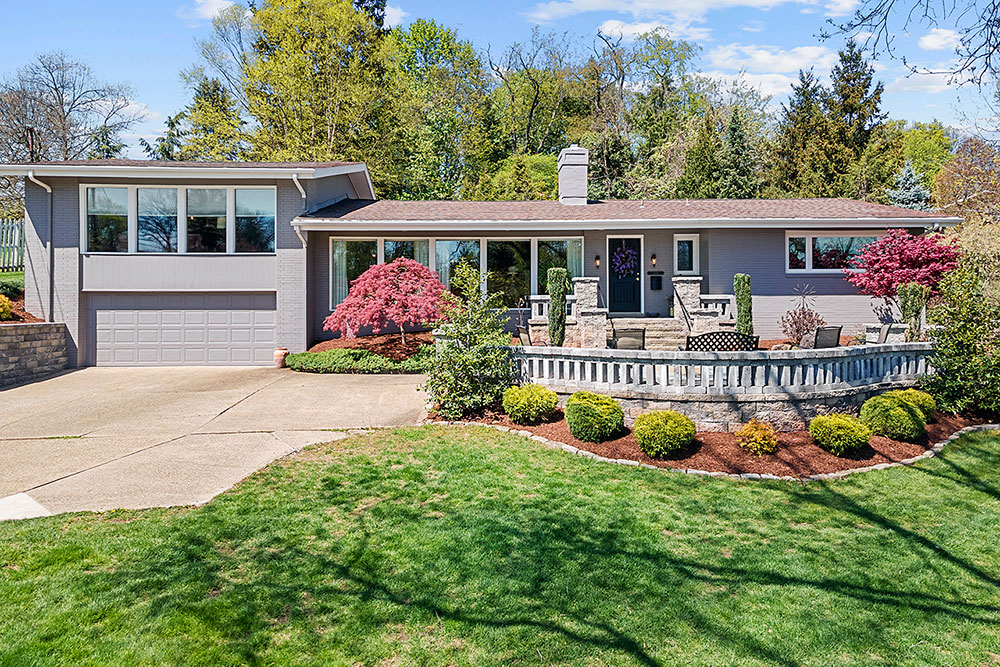 Cindy Nardelli has a lot of funny stories to tell about the home she and husband Pat are selling in Thornburg.

To begin with, the three bedroom, three-and-one-half bathroom, split-level home at 1170 Harvard Road was a sight to see when she toured it in 2002.

“My husband was obsessed with living in Thornburg,” she recalls. “He took me back to the house two times to tour. Each time, I said, ‘No way!’”

At the time, it was filled with floor-to-ceiling drapes and featured lots of red and black hues. Nardelli describes it as being “very 1950s.” By the third visit, she decided she was up for the challenge of remodeling it. 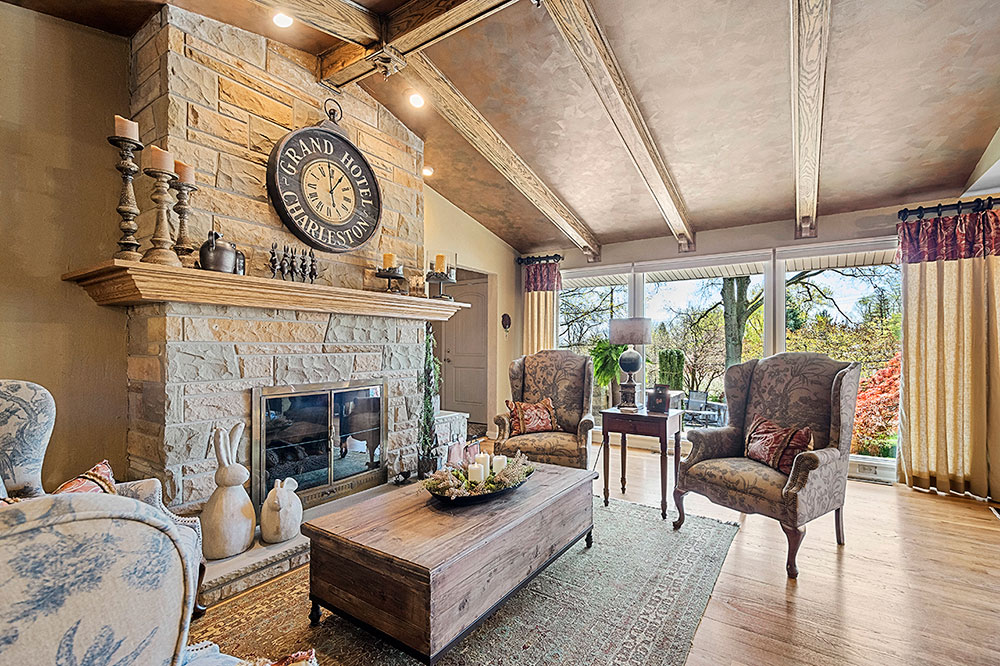 After the sale, they made an unusual discovery.

“There was this door next to the master bath. It just looked like a slatted panel. It actually opened to a second door that led to a big room back there,” Nardelli says.

The room was filled with large taxidermy — including moose and deer heads mounted on the walls — the sellers chose not to take with them. To this day, the couple still laugh when they think how they bought a house without knowing the room was there.

That room, and the entire house, has since been transformed. The couple (who decided to downsize and are heading back to their hometown of Beaver) have listed it for $650,000 (MLS#1496370, Meg Alarcon, Howard Hanna Real Estate, howardhanna.com). An open house takes place from 2 to 4 p.m. Sunday, May 23. 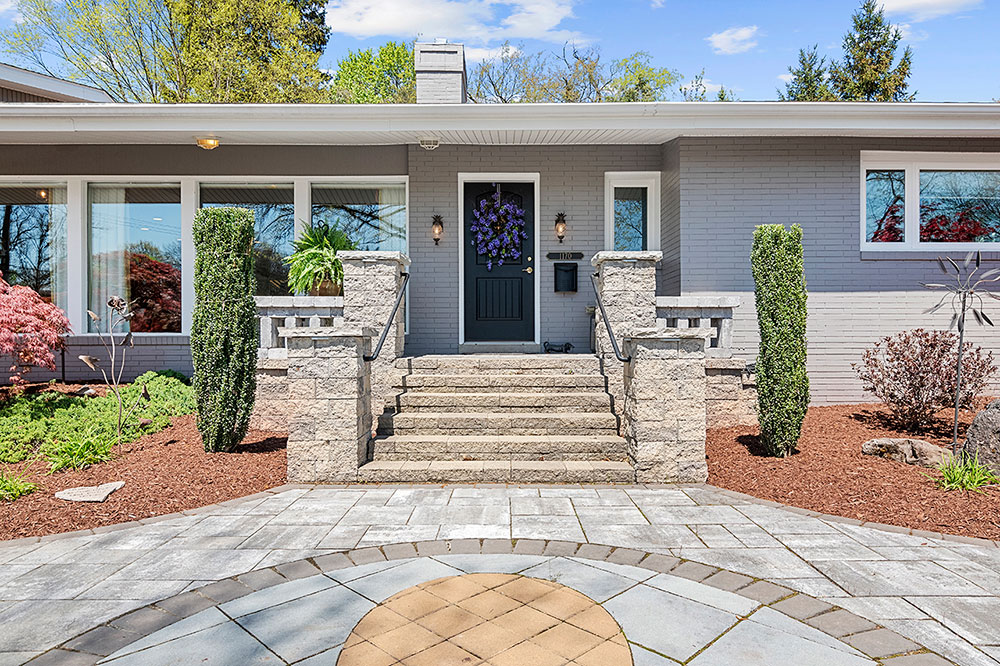 Built in 1958, the home sits on a lovely ½ acre corner lot that’s seen a lot of change. The original home had a front concrete stoop and an in-ground pool in the backyard. Now, there’s an open courtyard, curved hardscape walls and mature landscaping.

“I worked with a landscape designer to install a courtyard in the front,” Nardelli says. “I had him design a pineapple in the center of the courtyard as a sign of hospitality.”

A low-riding stone wall provides plenty of seating. Stone steps, pillars and trimmed borders act as a framework for trees that include Red Japanese Maple, Birch, Flowering Cherry and a lovely Katsura Japanese maple. The low-growing perennials include peonies and hydrangea. 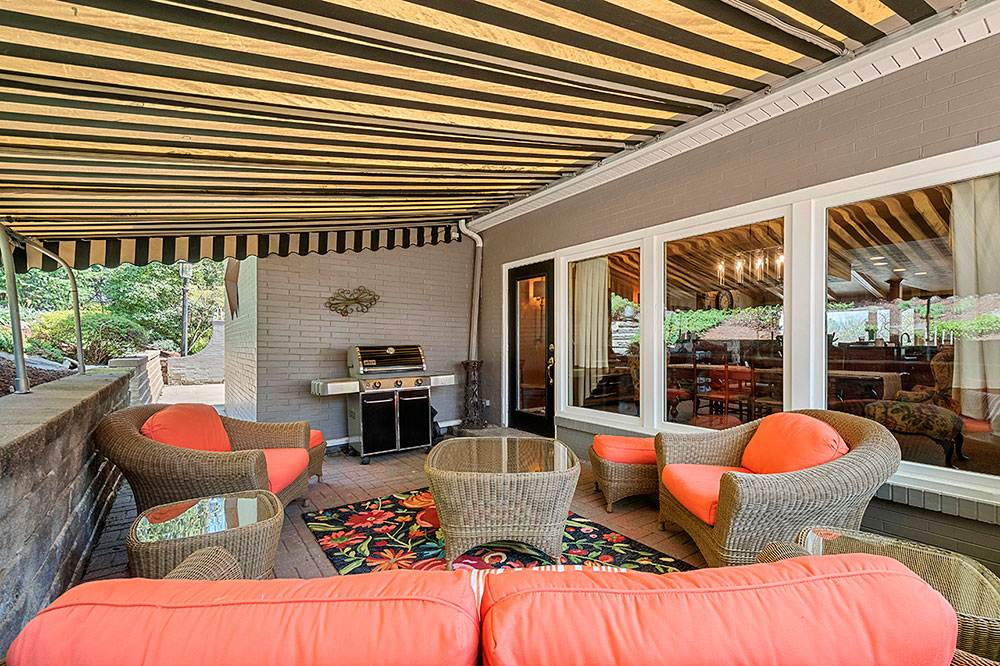 The couple filled in the pool and added two patio spaces that are attached to the home. One is covered with a full awning for three-season usage.

Inside, the home underwent an extreme makeover that included several walls being removed from the kitchen and great room. Nardelli says her family gatherings prompted the change.

“No matter what I was cooking, everyone was in the kitchen and on my back,” she says with a laugh. “One day, I finally said, ‘That’s it! The walls are coming down.’” 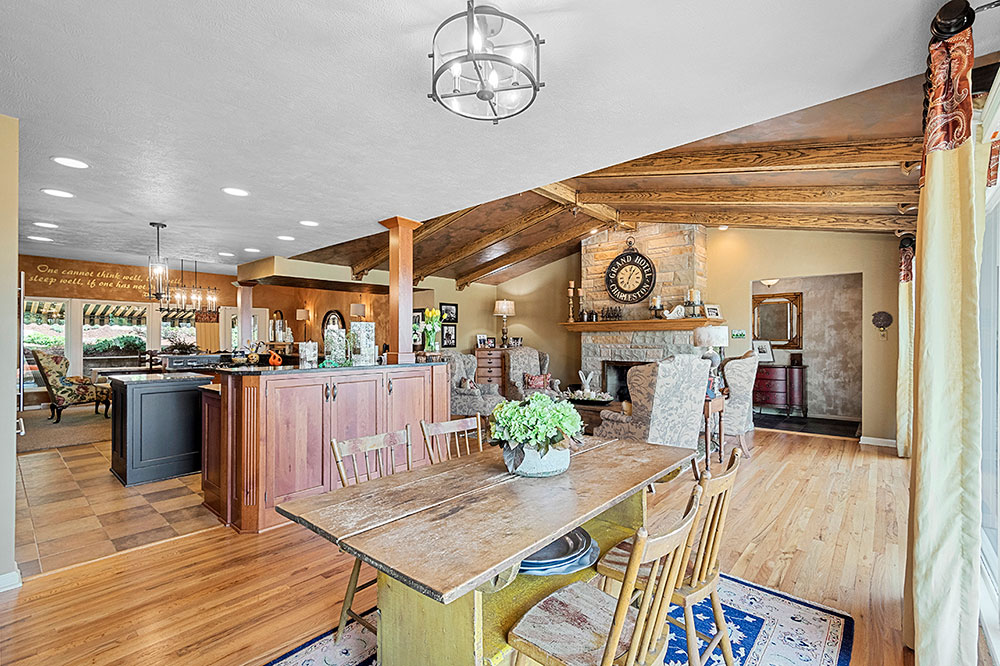 The opened-up great room has vaulted ceilings and an enhanced gas fireplace with a new façade. The couple also installed cherry cabinetry, double ovens and a gas cooktop in the kitchen. A wall of windows looks over the covered patio, and there are generous built-ins that allow for plenty of storage.

The kitchen island is massive, with four seats on one side. Pillars are a fine detail atop the new granite counters.

“We were taking down walls before anyone was ever doing it,” Nardelli says. “My family thought I was crazy.” 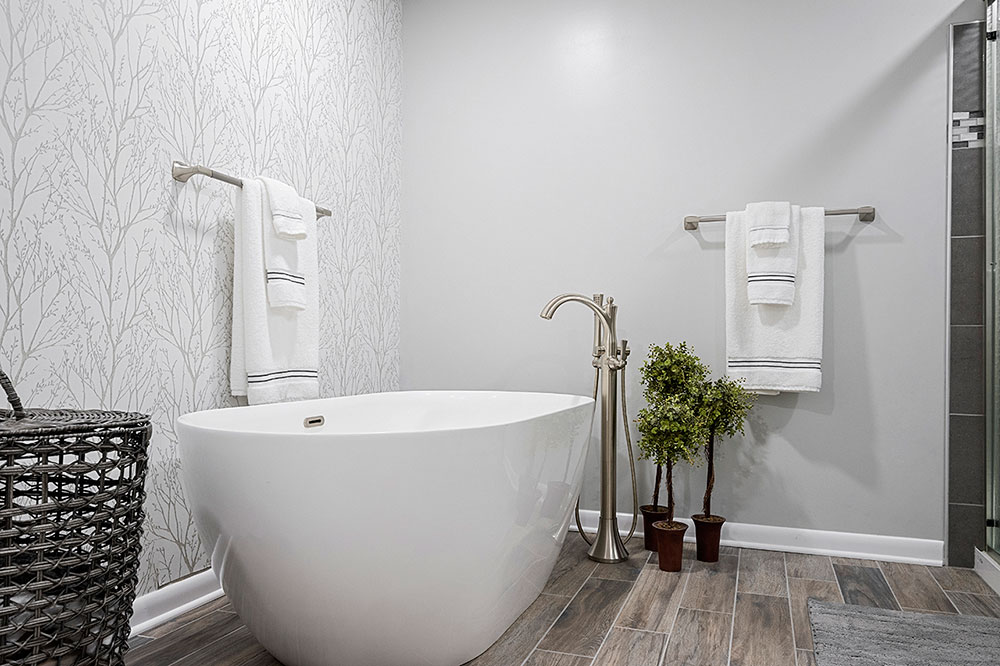 The three bedrooms include the recently renovated primary suite. The couple turned the previously unknown extra room into an expansive bathroom that features a large soaking tub with a floor-mounted tub-filler and a hand shower. There also is a stand-alone shower, large vanity and tall storage cabinets. The white accent wallpaper features subtle birch trees. 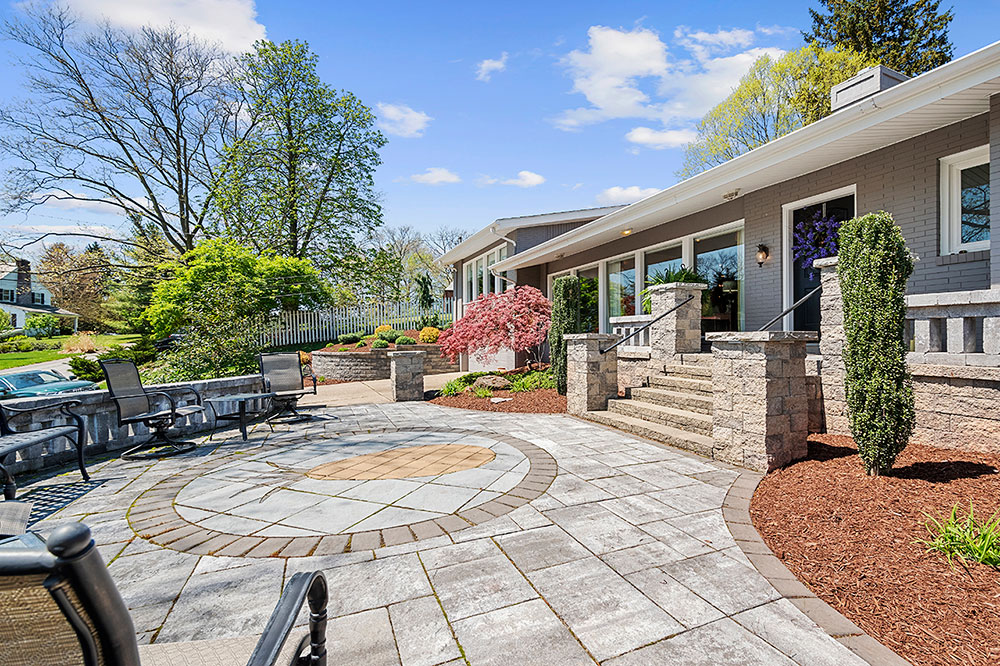 The first-floor powder room is located off an extra-large laundry room that any family with kids who play sports will appreciate.

The couple reiterates how much they loved living in the Thornburg area, which boasts parks, walking trails, tennis courts and plenty of community events.

“It is a great neighborhood,” Nardelli says. “There are a lot of children around here. It is so great to see all of the young ones moving in. I enjoyed it. I taught in Beaver County and made the trek down there every day to live.”

Drawing on her years of experience covering the region’s real estate industry, Rosa Colucci’s Hot Property offers an inside look into unique and historic homes currently on the market. Each week, Hot Property goes behind the For Sale sign to share the story of a special Pittsburgh area home. And four times a year, Hot Property gives an in-depth look at the region’s real estate market in Pittsburgh Magazine HOME, tracks housing prices and sales and details where the hot properties can be found. Rosa can be reached at onecordovaroad@gmail.com.

About: Thornburg (thornburgboro.org)
Population: 455
Planes, Trains & Automobiles: Just a 20-minute commute to the airport. Some street parking. Schools: Montour School District (montourschools.com)
Neighborhood: A true bedroom community in every sense of the word, Thornburg was founded in 1899 when two cousins, Frank and David Thornburg, formed a company to develop 250 acres into a suburban community. Today, Chartiers Country Club and the original School House/Community Center are hubs of activity for the neighborhood. A vibrant community life and proximity to shopping at Settlers Ridge and Robinson Town Center add to the convenience.