The townhome for sale on Roslyn Place sits on one of the nation’s last remaining wood block streets. 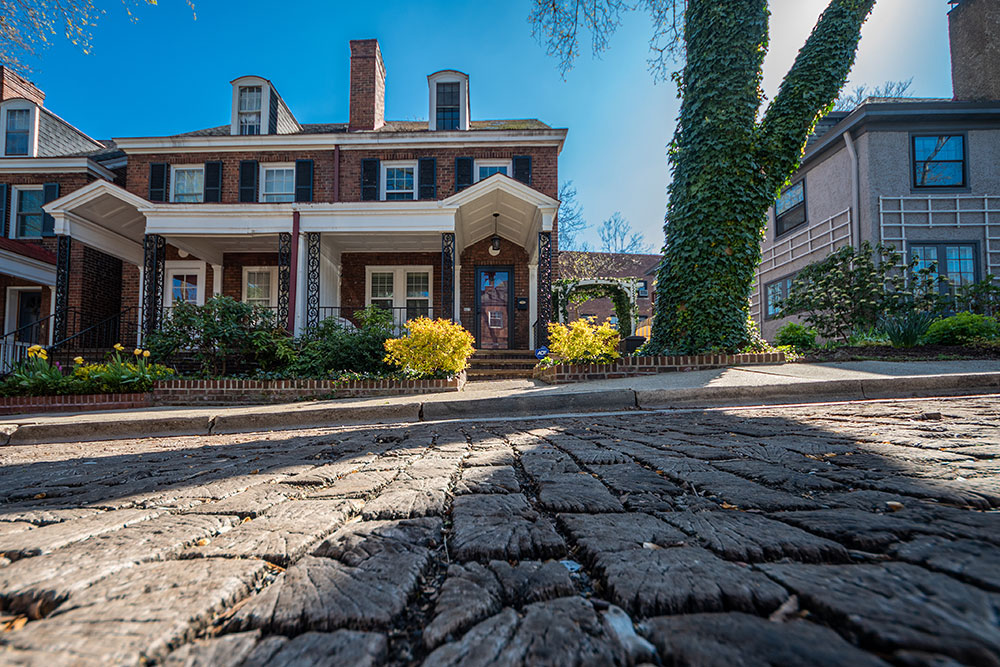 In the heart of Shadyside you’ll find Roslyn Place, a single cul-de-sac street so charming it has been compared to France’s Champs-Élysées by none other than urban designer Allan Jacobs in his book “Great Streets.” But if you walk too fast down Ellsworth Avenue, you might miss it.

Eli and Kaylee Wynkoop were already dedicated Shadyside residents when they decided to purchase a home there in 2011. After checking out the listings, they found a charming townhouse for sale at 517 Roslyn Place and fell in love.

“We thought the street was so neat,” Eli says. 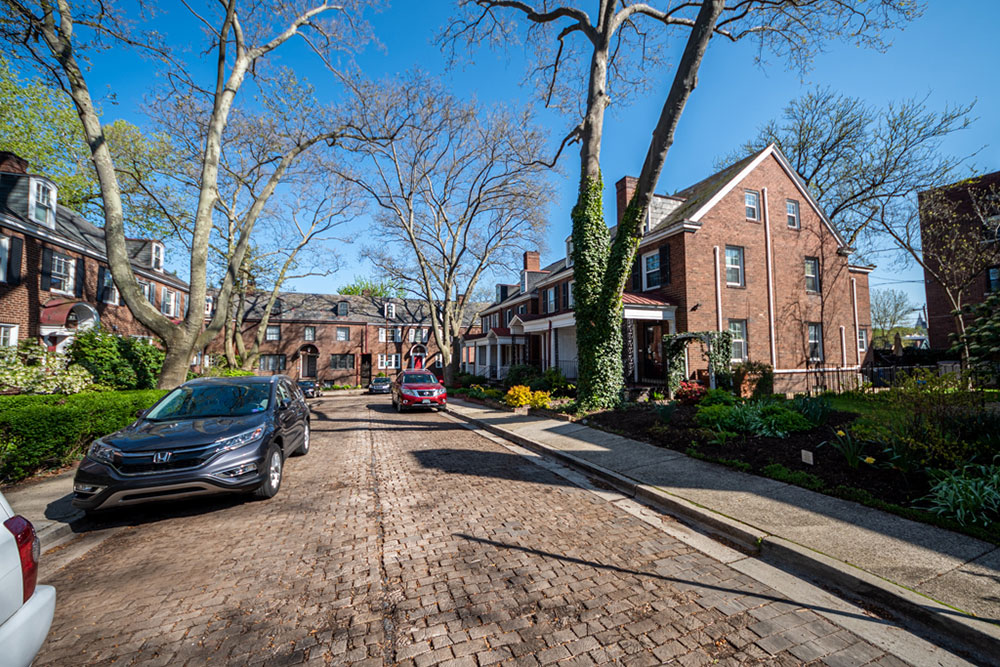 What makes it so special is it’s one of the last remaining streets in the nation entirely paved with wooden blocks, known as Nicolson Pavement. It was designed by architect Thomas Rodd and — once Pittsburgh City Council approved the construction — 26,000 wooden pavement blocks were laid to create it in 1914. At the time, Nicolson Pavement was a popular way for roads to be kinder to horse traffic, and it also made streets quieter as carriages rolled over them.

The Wynkoops enjoyed the four-bedroom, two-and-a-half bath home until their growing family forced a move. They debated for more than a year about putting it the market, but they now have it listed for sale for $529,000 (MLS# 1495011, Lori Hummel, Howard Hanna Real Estate, howardhanna.com, 412/287-1739). It is open by appointment in accordance with the state’s COVID-19 guidelines. 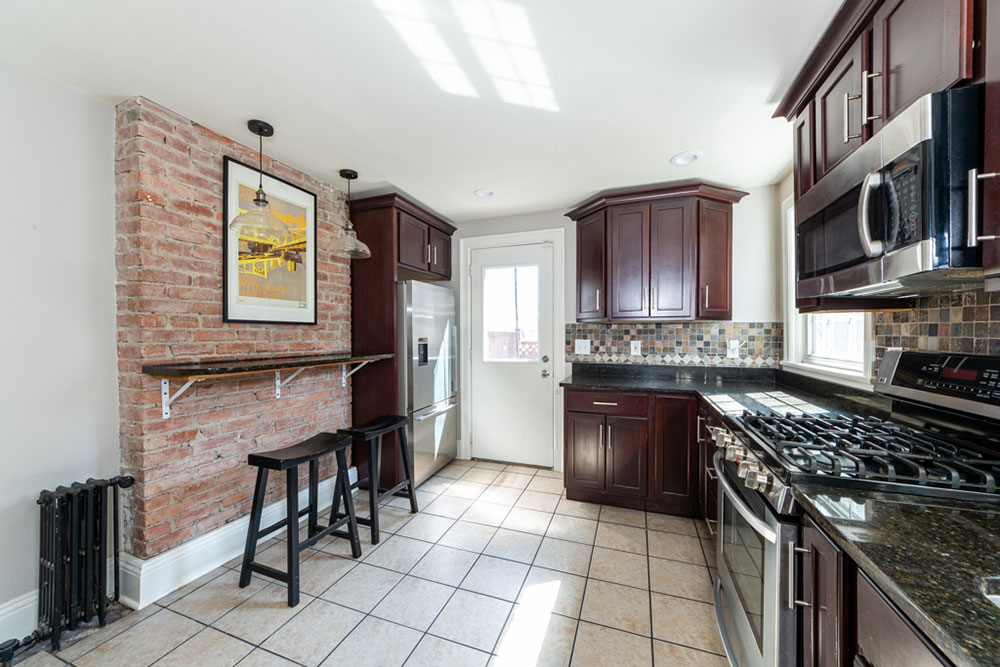 While the house has 11 rooms and a little more than 2,000-square-feet worth of living space, Eli’s favorite feature is the front porch.

“We have so many memories of the neighborhood porch, sitting and talking,” he says. “One year, we put an outdoor screen up and we all watched the Pens win the Stanley Cup.”

The couple who lived there prior to the Wynkoops remodeled the home’s interior, installing a new kitchen and exposing several brick fireplaces. During their tenure, Eli and Kaylee refinished floors, painted, and installed a sophisticated air-conditioning system because the home’s walls cannot be penetrated to run ductwork. The home has radiator heating. 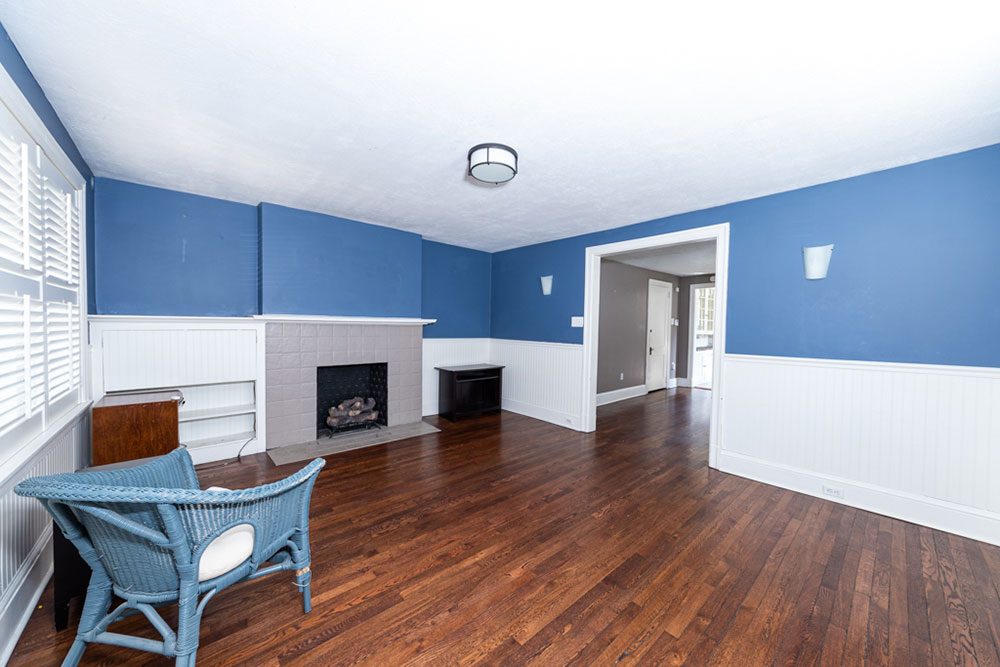 Wainscoting, painted fireplaces and generous trim fill the front two rooms. The kitchen has a breakfast bar with clear glass pendant lights, cherry cabinets, granite countertops and a tile backsplash. Filled with light, it is warm and welcoming.

A door to the rear brings you to a large deck and a paved side courtyard perfect for outdoor entertaining. 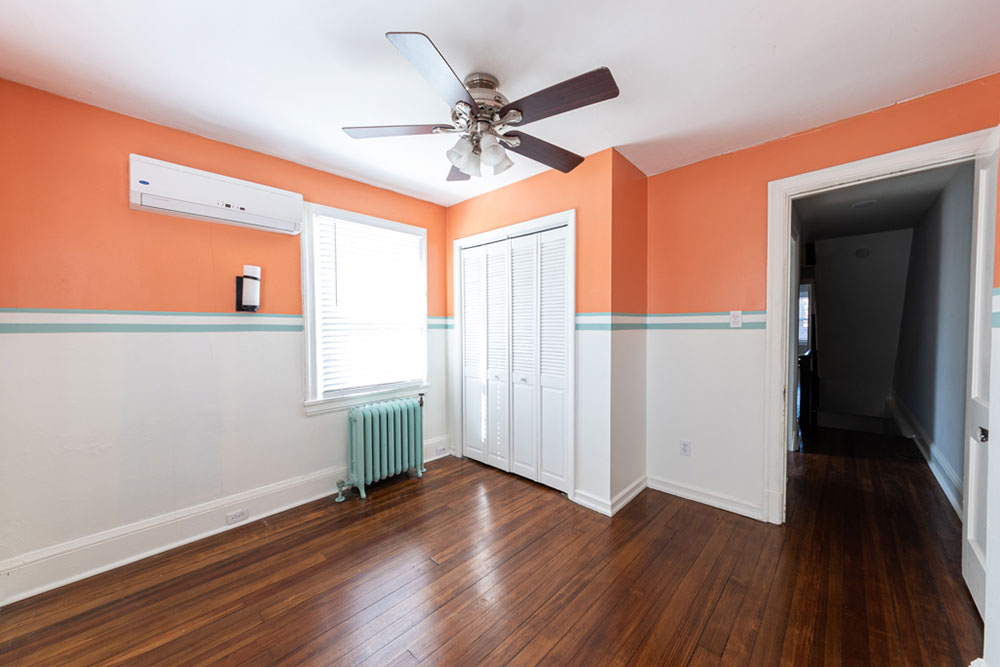 The second floor has a large master bedroom painted a soft gray hue with white trim. The kids’ room is darling in a palette of orange sorbet, white and teal. The last bedroom is quaint with a fireplace and large window. A full bathroom is on this level.

The third floor includes another full bathroom, this one with a sweet clawfoot tub.

The Wynkoops did extensive renovations in the basement, including creating a family room, laundry room and speakeasy.

“I created a reclaimed wood bar area down there,” Elie says. 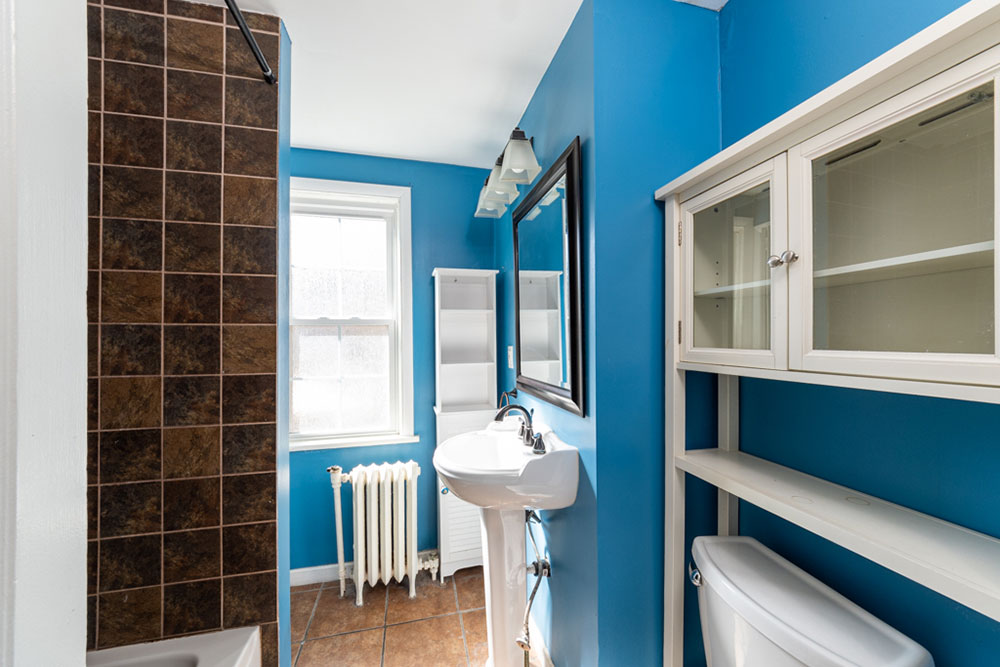 As for Roslyn Place, Eli says he could wax poetic about the street’s charm. After he and Kaylee moved there, they quickly became immersed in the neighborhood fabric. Besides throwing an annual block party, the homeowners worked to connect with Preservation Pittsburgh, which moved to designate the 250-foot-long street a historic landmark in 2018.

“Now that the status is granted, they will never be able to remove the street and the house fronts must remain the same,” Eli says.

The street also is fondly remembered by former residents. Eli says it’s not unusual for him to receive visits from members of the Steiner family, who began living there in the 1950s. 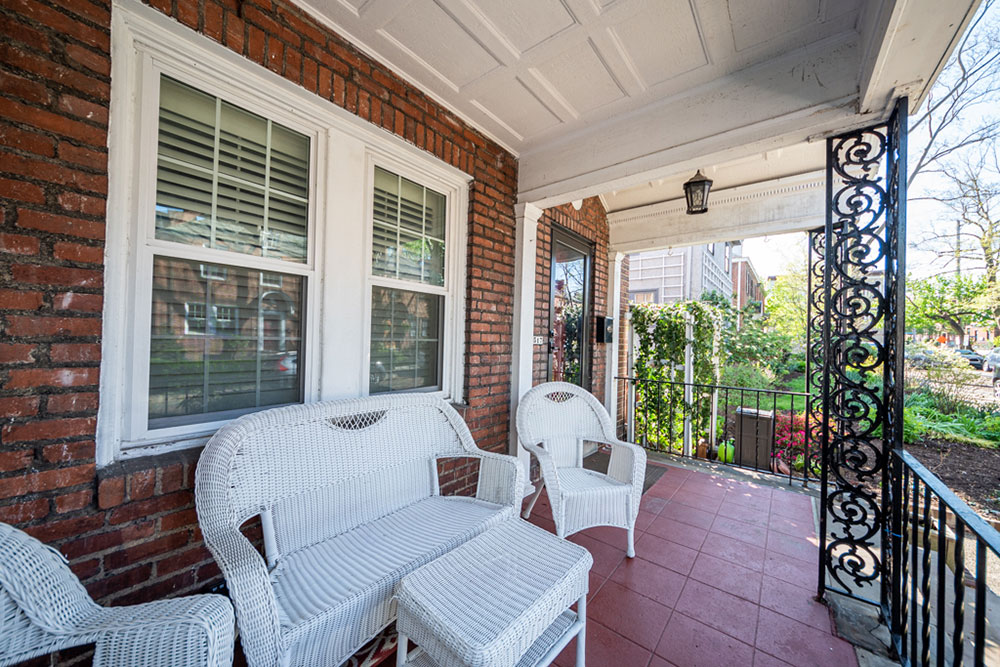 In 2016, the neighbors put together a 100th anniversary party for the street. Several Steiners came by for the celebration, as did some of the street’s other original family members.

If you’re thinking of buying on Roslyn Place, here’s something else to keep in mind — the street does not have any snow plow services because it would damage the bricks. However, the neighbors are there to help.

“We shovel ourselves out,” Eli says. “If someone gets stuck, we all come and help them get out.”

Drawing on her years of experience covering the region’s real estate industry, Rosa Colucci offers Hot Property, an inside look into unique and historic homes currently on the market. Each week, Hot Property goes behind the For Sale sign to share the story of a special Pittsburgh area home. And four times a year, Hot Property will give an in-depth look at the region’s real estate market in Pittsburgh Magazine HOME, tracking housing prices and sales and detailing where the hot properties can be found. Rosa can be reached at onecordovaroad@gmail.com.

About: Shadyside (thinkshadyside.com)
Population: 13,915
Planes, Trains & Automobiles: It’s a 35-minute commute to the airport. Daily transportation via Port Authority. Uber and Lyft readily available. Established bike lanes throughout the neighborhood.
Schools: City of Pittsburgh, features extensive magnet programming including the award-winning CAPA in the heart of Downtown. (pittsburghschools.org)
Neighborhood: Shadyside is one of the most sought-after neighborhoods in Pittsburgh. It’s less than one square mile and boasts several historic churches, including Calvary Episcopal and Sacred Heart. There also is Shadyside Hospital, Mellon Park and three lively business districts on Walnut Street, Ellsworth Avenue and South Highland Avenue. The neighborhood is filled with historic houses and tree-lined streets. Evening strolls are a must any time of the year.