The popular Federal Galley restaurant takes over culinary operations at the Lawrenceville brewery next week. 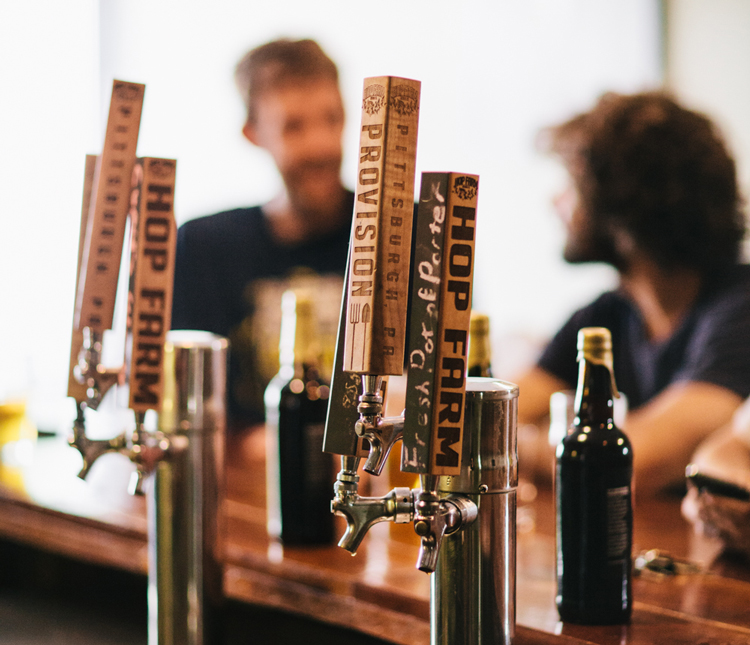 Culinary options at Pittsburgh’s craft breweries are in the middle of an evolution. Following a change in Pennsylvania liquor law in 2015, all a brewery needed to sell pints for on-premise consumption was ten seats and a bag of chips; often, those chips or similar snack items were the only food available. Next came the food trucks, which rolled into parking lots, sometimes on a regular schedule, sometimes not, with their offerings. More recently, newer brew-houses such as Cinderlands and Enix Brewing Company stepped it up with in-house culinary teams and extended menus. Last month’s opening of Larder of East End marked the latest development — Pittsburgh’s craft brewers are looking to add better food options by partnering with established chefs.

“The future of local breweries is going in this direction. You find a partner that has a great [culinary] concept, and you put it together,” says Hop Farm Brewing Company owner Matt Gouwens.

So that’s what he did — Stephen K. Eldridge and Susan Cope’s Provision PGH, currently located in Federal Galley, moves into the kitchen at Hop Farm next week.

“He lost the guy who was running the kitchen for him. And then he had a thought and I had a thought, and that was that,” says Eldridge, Provision’s executive chef, who notes that he and Gouwens have been tossing around the idea of Provision at Hop Farm for several years. 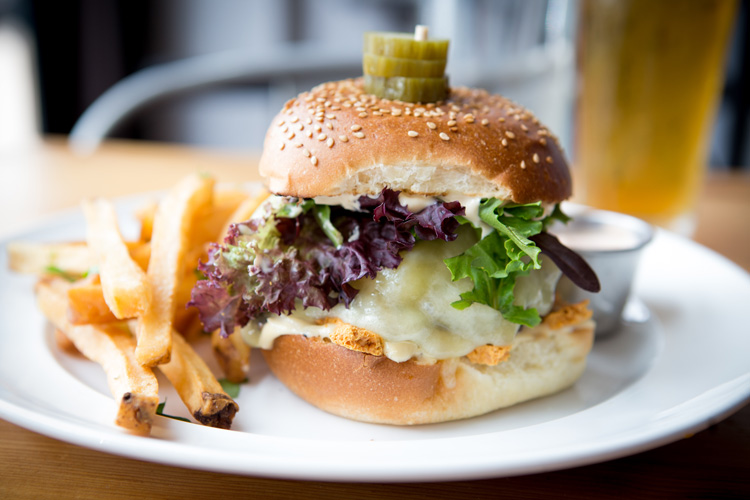 Eldridge and Cope moved to Pittsburgh from Arizona in 2015, opening Provision as part of the first class of restaurants at Smallman Galley. They transferred the concept to Federal Galley at the end of 2017 (where it will remain open for the foreseeable future), and also launched a second restaurant there, El Lugar. Over the years, Eldgridge has built a reputation as a chef who serves layered-yet-approachable dishes, including one of the best hamburgers in Pittsburgh (which, through an unfortunate twist of fate, was not eligible for inclusion in my 2017 roundup of hamburgers in Pittsburgh as Provision was in transition at the time).

Gouwens’ Hop Farm was one of the first in what has become a cavalcade of craft breweries in Pittsburgh, opening in Upper Lawrenceville in 2013. Since then, he’s earned praise for both his hop-forward beers as well as his sours and nut brown ales. Hop Farm also was an early pioneer of on-site craft beer canning in Pittsburgh.

Eldridge will put forth a menu of hamburgers, fried chicken, seared yellowfin sandwich, Provision fries, several vegetable dishes and popcorn. “It offers consistency. Every day that you want to come to Hop Farm, you’ll know you can get a snack, a burger and entree. You don’t have to get online and see if there will be a food truck or something at the brewery,” he says.

Gouwens recently purchased the building adjacent to Hop Farm, and this fall will begin construction on a significant expansion of the brewery. The 7,000 square foot space, which likely will open in autumn 2020, will have rooftop seating, an open kitchen and upgraded brewing capacity. Eldridge is in the early stage of menu planning for larger space. He says that popular dishes from Provision and El Lugar will be on the menu, as well as house-made breads, charcuterie and other items he worked on in Arizona but didn’t have the space to serve in Pittsburgh. “There’s a lot more to come. I’ve been handcuffed a little bit [over the past few years] with space issues,” he says.

For Gouwens, no longer having to worry about the food being served is all upside. “I can hand this off to someone who knows how to do this and get back to what I do best, which is making beer,” he says.