The online photo gallery and Downtown display runs through Feb. 28. 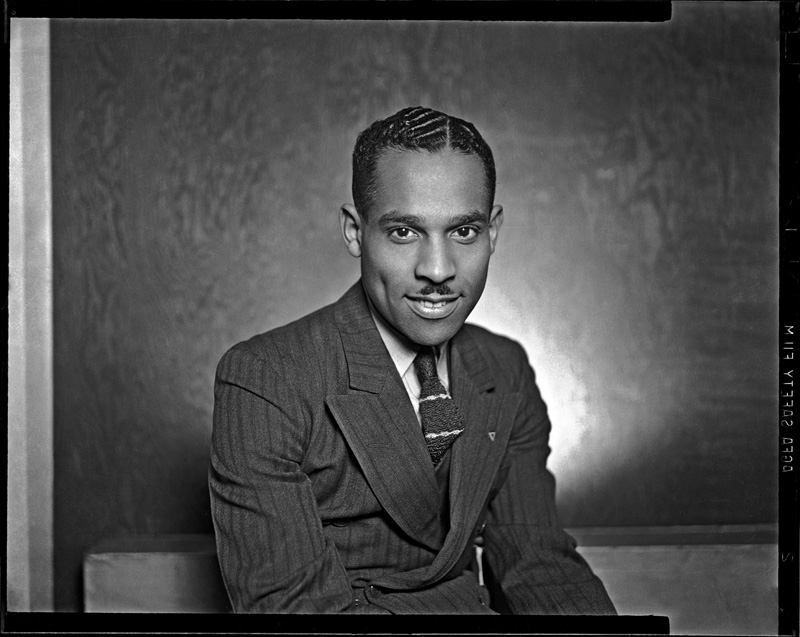 The City of Pittsburgh is gearing up to celebrate Black History Month by showcasing the work of a legendary local photographer.

Charles “Teenie” Harris had a career spanning four decades at the Pittsburgh Courier, one of the nation’s most influential Black newspapers. His work has been praised time and time again for its beauty, poignance and candor, and has been touted as “an unparalleled chronicle of Black American life, culture and history during the mid-twentieth century,” according to a press release.

Now, an online photo gallery and month-long display in the City-County Building’s grand lobby, entitled “Teenie Harris: The Man Behind the Lens,” will feature more than 50 photographs, an example of Harris’ camera, negatives, books and other memorabilia showcasing the photographer’s life and work in the Pittsburgh region.

“As both a member and documentarian of the Black community, Harris remains an iconic figure in Pittsburgh to this day,” said Charlene Foggie-Barnett, Teenie Harris Community Archivist at Carnegie Museum of Art, in a press release. “Through the Charles ‘Teenie’ Harris Archive at Carnegie Museum of Art, we celebrate Harris’ tremendous legacy and create opportunities for creative collaboration in our region and beyond.”

Harris photographed celebrities, athletes and civil rights leaders from the 1930s through the 1970s, but he also turned his lens to the community and documented daily life in churches, at civic events, in barber shops and at Little League games. His work as a photographer was intertwined with his work as a documentarian of the city’s Black community.

“‘The Man Behind the Lens’ exhibition will celebrate the personal life of a remarkable Pittsburgher who lived in the Hill District, raised a family, contributed to his community and left a legacy,” said Brian Katze, manager of the City of Pittsburgh Office of Special Events.

He added, “We’re excited to celebrate the accomplishments of a lifelong Pittsburgher so proficient at his craft that he was referred to as ‘One Shot’ for his ability to take the perfect photo in a single exposure.”

The exhibition also complements the Carnegie Museum of Art’s dedicated gallery, “In Sharp Focus: Charles ‘Teenie’ Harris,” which is located in the museum’s Scaife Galleries. It features iconic examples of Harris’ photographs and hosts educational programs and community events inspired by this world-renowned collection, which boasts 80,000 images.

The exhibit will be open through the end of the month. For more information on the city’s Black History Month celebrations, visit the city’s website.