Historical Pittsburgh Landmarks Get the Spotlight in ‘Pale Blue Eye’

The mystery, which debuts on Netflix Friday, is a wintry whodunit with some beautiful shots of the region. 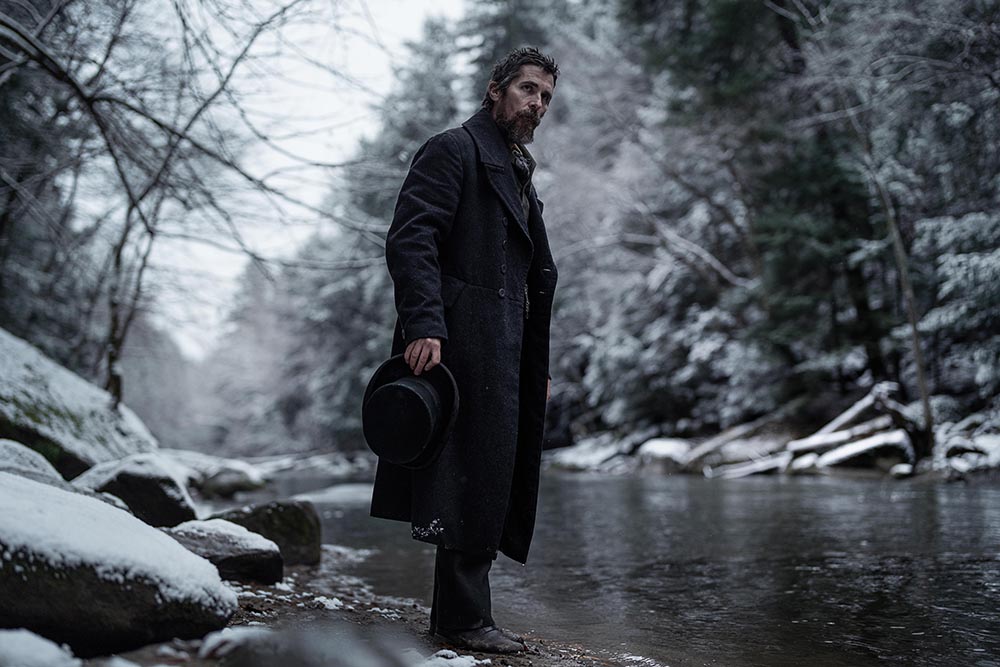 A few locations have been seen again and again in locally shot films. Contemporary landmarks such as PNC Park, Kennywood and Phipps Conservatory are frequently used as silver-screen backdrops, and for good reason; they look great.

“The Pale Blue Eye,” however, is set in 1830 in rural New York. Fortunately, we still have places that fit the time period and landscape; this time, historical landmarks such as McConnells Mill, Old Economy Village and the gothic buildings of Westminster College get a spotlight.

Snow-covered natural landscapes appear as well — fitting, austere vistas for this bleak mystery. Director Scott Cooper and star Christian Bale, who previously filmed “Out of the Furnace” in Braddock, return to Western Pennsylvania for “The Pale Blue Eye,” a mystery based on the novel of the same name by Louis Bayard. Bale plays a downtrodden detective tasked with explaining a grisly series of murders at the U.S. Military Academy; several cadets have been killed, and military brass is stumped.

Fortunately, our hard-drinking detective — in mourning over the mysterious disappearance of his teenage daughter — has a bright mind to help solve the case: An oddball cadet by the name of Edgar Allan Poe (Harry Melling). Poe, whose real-life counterpart was enrolled at West Point around this time, is eager to prove his deductive and imaginative chops, though he’ll swiftly become more embroiled in the case than he’d like.

“The Pale Blue Eye” is an appropriately twisty mystery that makes good use of its snowy settings and dim light. Bale, who also collaborated with Cooper on the western “Hostiles,” is well suited for the role; Melling, best known for a minor part in the “Harry Potter” franchise, is given a chance to show his range.

Whether it’s an engaging tale or a soporific yarn will likely vary from viewer to viewer. While I found it handsome, I struggled to follow along; something about the sober tone and low light had me aching for a nap rather than the next clue. Whodunits are hot right now, though, and “The Pale Blue Eye” may well serve as a decent nightcap to that other big Netflix mystery everyone’s watching — even if this detective is more of a Benoit Noir.

“The Pale Blue Eye” is now streaming on Netflix.