The custom blend of Pittsburgh-distilled and Caribbean rums is the perfect base for a daiquiri. 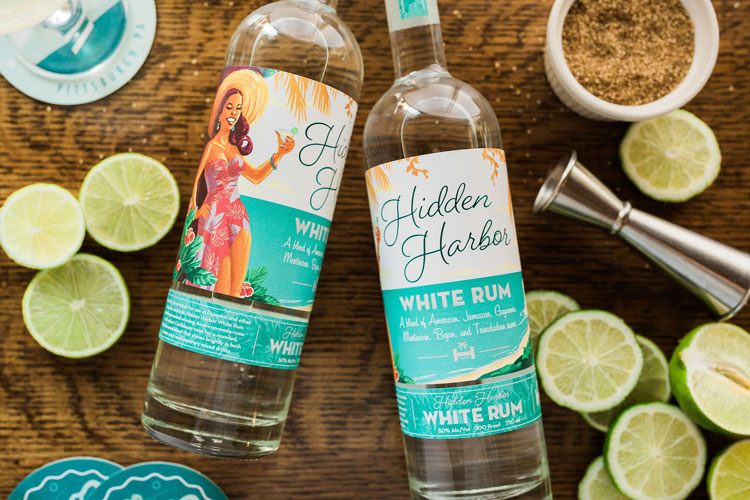 The owners of Hidden Harbor in Squirrel Hill have collaborated with Allegheny Distilling, makers of Maggie's Farm rum, on a custom-blend white rum designed to be used as a base for daiquiris. They'd talked about a collaboration for a few years, and while other ideas such as an aged-rum blend or tiki bitters were floated at some point, "Making a white rum blend made better use of what Maggie's Farm does," says Hidden Harbor co-owner Adam Henry.

The award-winning Strip District distillery’s white rum already was the spirit of choice for preparing daiquiri and other cocktails at Hidden Harbor, so customizing it felt like a natural next step — doing so allowed the bar to develop a distinct flavor profile for its daiquiri.

The Hidden Harbor build is 60-percent Maggie's Farm white and 20-percent unaged Queen's Share, mixed with a blend of Jamaican, Guyanese, Martinician, Bajan and Trinidadian rums to add fruitier and more fragrant notes to the spirit. "It's like a one-stop shop for white rum that has influences from both Maggie’s Farm and all around the Caribbean," says Henry. 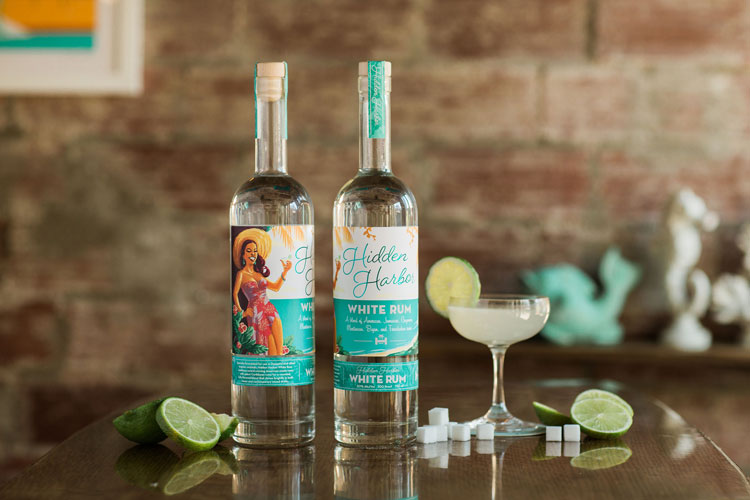 There's a long history of mixing several rums into one drink in the tiki world. “What one rum can't do, three rums can,” tiki titan Don the Beachcomber once said.

Rum is a broad category of spirit — rums distilled in different geographies have wildly different flavor profiles due to factors such as the base sugar (molasses, sugarcane juice, etc.), how those sugars are fermented and the type of distillation method used. Blending them allows bartenders to find the right combination for each cocktail, something that is particularly important in craft tiki bartending. Hidden Harbor’s bar team already prepares several in-house blends for its cocktails but working with the distillery allowed for access to bulk international purchase of multiple rums and a consistent product. "It's nice that it's 80 percent ours, with a great touch from the Caribbean to round it out," says Tim Russell, owner of Allegheny Distilling.

It’s a tasty rum, with floral, fruity and herbaceous notes. And, indeed, it makes for a flavorsome daiquiri. The Hidden Harbor brand rum — along with its stunning Tony Canepa designed label — will make its debut at the bar’s third-anniversary party on Saturday, Feb. 9, and will be sold by the bottle at the distillery beginning on March 23.