This off-the-grid restaurant produces a number of authentic Indonesian dishes. 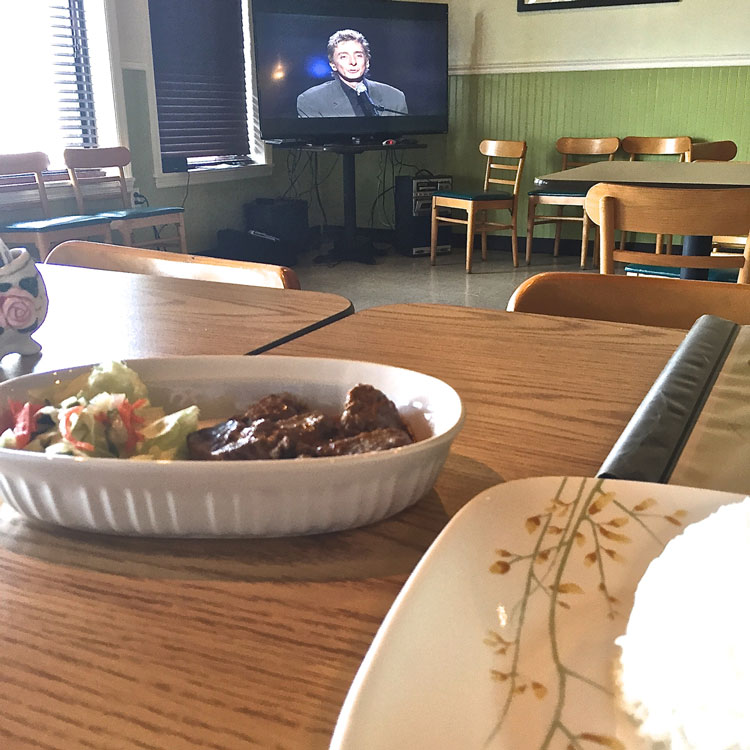 I’ve long harbored fantasies of finding hidden gems while on country drives. Last week I was out researching for our upcoming City Guide when I found Kusuka Indonesian Cuisine, a little spot on Route 30 in North Huntingdon. I wasn’t sure what to expect when I sat solo in a sparse dining room because the reality is that searching for an off-the-grid restaurant generally results in a mediocre or even a terrible meal. Still — call me sentimental — the Barry Manilow concert streaming on the large-screen television felt like a good omen.

I loved my meal, especially the bowl of soto ayam, a turmeric-infused chicken soup with boiled egg, bean sprouts, glass noodles and herbs. The deeply seasoned broth — which is popular throughout Indonesia — was a comforting start to an early spring afternoon; it was a combination of flavors I hadn’t had in Pittsburgh. I also enjoyed rendang padang, slowly cooked beef in a spiced curry sauce tempered by coconut milk. Co-owner Pribadi “Didi” Kardono told me the dish was indicative of eastern Indonesia. 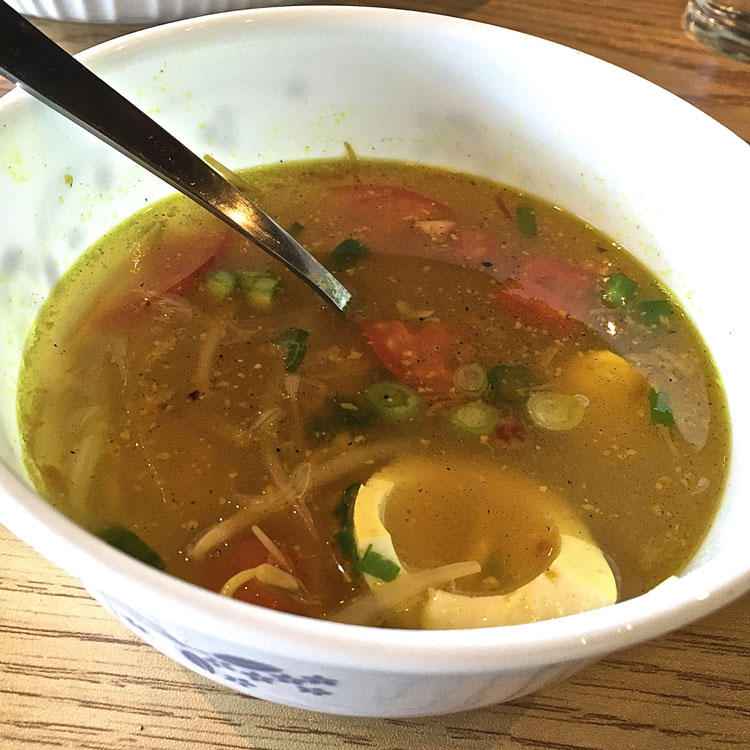 Unfortunately, Kardono says that the current location isn’t attracting a lot of adventurous, open-minded eaters. So rather than trying to further adapt their cuisine to fit Americanized tastes, he and his wife will close Kusuka by the end of May and look for a new location in Pittsburgh, likely in Oakland.

I hope that they find a new location soon and that when they do, they’ll stick to their roots and not compromise authenticity to fit what they think people might want. Pittsburgh is hungry for more restaurants such as Chengdu Gourmet that serve non-Americanized versions of their regions’ cuisines. Not only are we hungry for it, we need it.

For now, it’s worth the short drive to visit Kusuka’s current location before it closes. And celebrate the hidden gems you occasionally find while out on the road. 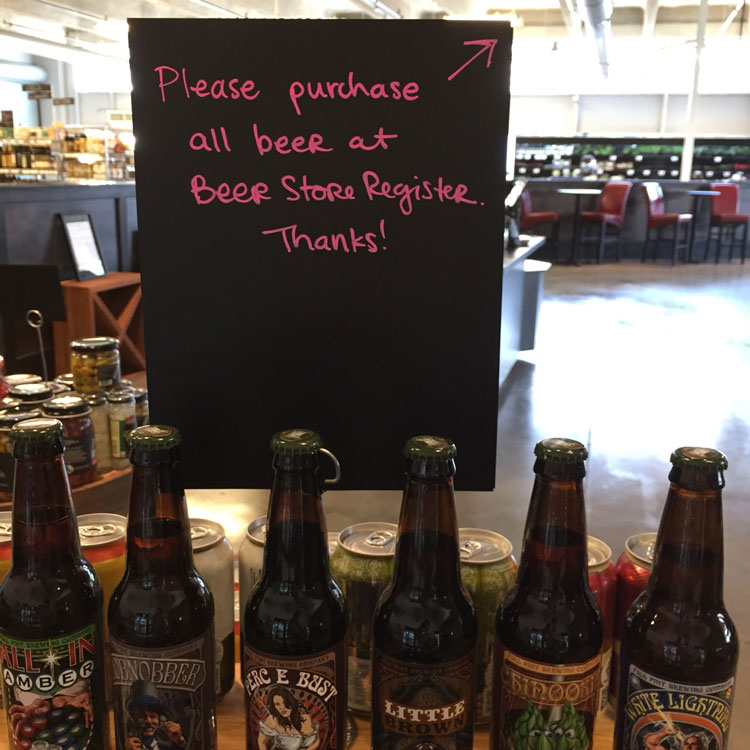 MARKET PHOTOS BY HAL B. KLEIN

Marty’s Market in the Strip District is taking full advantage of the newly acquired liquor license. The market now has a six-pack shop and has started cocktail service with brunch and lunch. Former Butterjoint Bar Manager Will Groves is working on a six-month consulting contract to build the grocery’s drinks program. It’s an exciting step for Groves, who brings expertise in both beer and spirits.

The six-pack shop is starting small. “I wanted to start with national brands that make everyone happy and then start focusing on deeper selections,” Groves says. 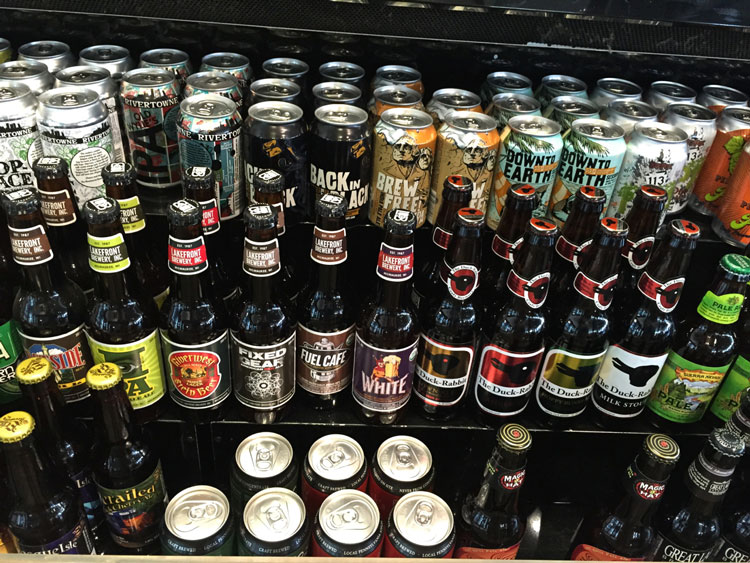 When I stopped by the other day, there was a solid selection that included bottles and cans from Full Pint, Brooklyn Brewery, Rivertowne, Great Lakes Brewing Co. and Lakefront Brewing, plus a less-micro labels including Straub and Pabst Blue Ribbon. Groves says that he expects to expand the available selection — including a deeper focus on local brews — in the next month.

The cocktails are batched weekly by Groves and then finished by Marty’s Market servers or baristas. 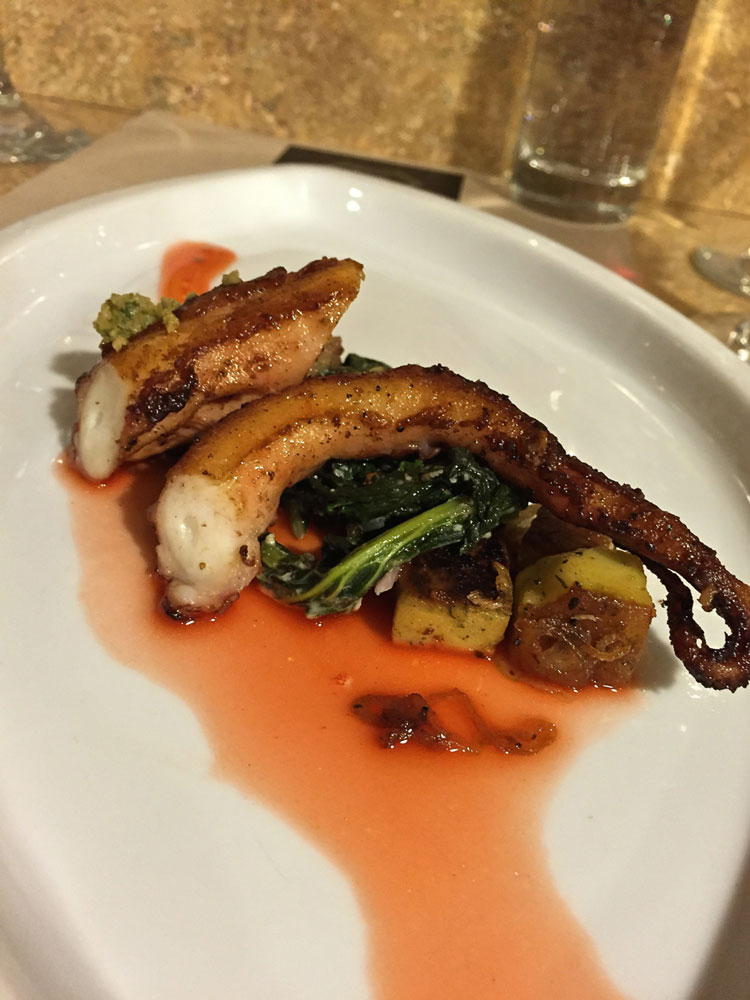 Finally, kudos to chef Curtis Gamble and the rest of the team at soon-to-open Station for a successful first pop-up. I was one of about 30 people who attended the meal last Saturday at Thin Man Sandwich Shop. 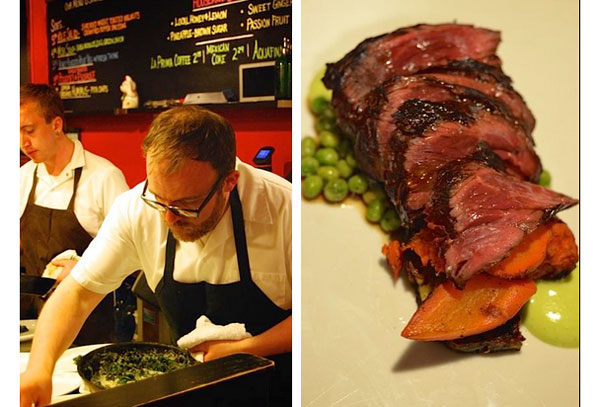 The highlights of the five-course dinner were the grilled octopus with dill gnocchi, dandelion greens, yogurt, green olive and red pepper jus, and the popcorn panna cotta with salted caramel and caramel corn. Expect a few more previews of Station before the restaurant opens in Bloomfield later this summer.