Here Comes the Bride … and the Robot

Caroline Kelley's wedding had a slightly unorthodox flower girl precede her down the aisle. 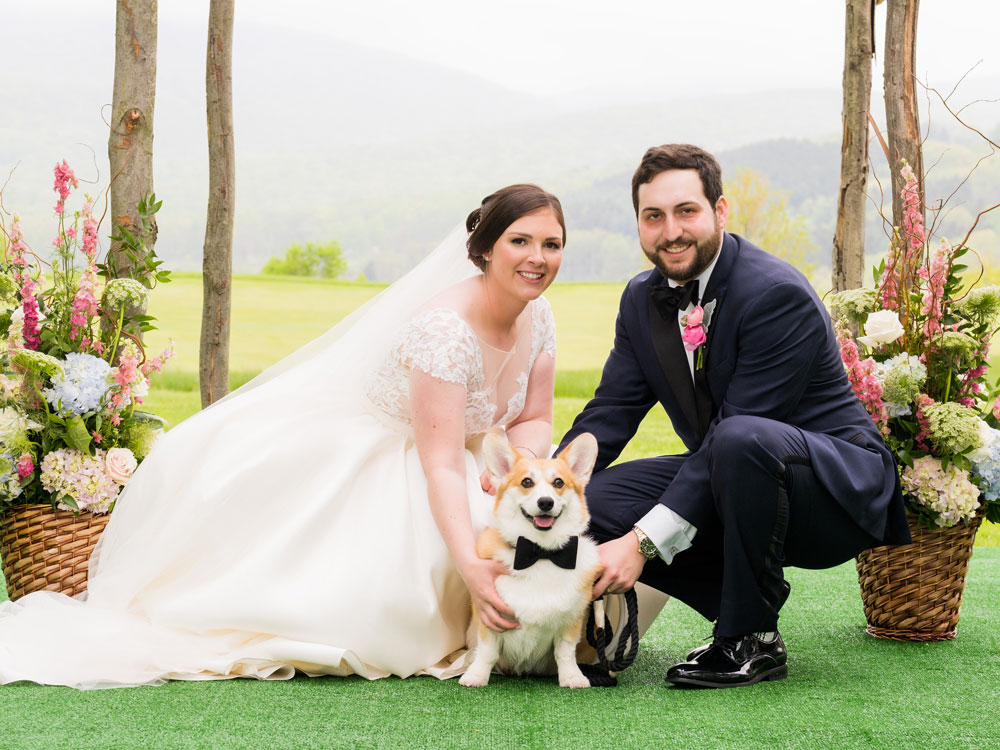 For Caroline Kelley and Andrew Willig’s wedding, Andrew had only one request: a robot.

“My husband builds robots for a living; that is what his company does,” says Caroline. “So we borrowed one of the robots from his work.”

Hebi Robotics, in Central Lawrenceville, produces hardware and software tools to make it easier for customers to build their own robots.

After much planning, Andrew’s request was fulfilled as the robot wheeled down the green aisle as the couple’s flower girl.

“They have a few, four to five robots, that they sell as wholes. So he chose which one he thought would best be able to go down the aisle and drop flowers,” says Caroline. 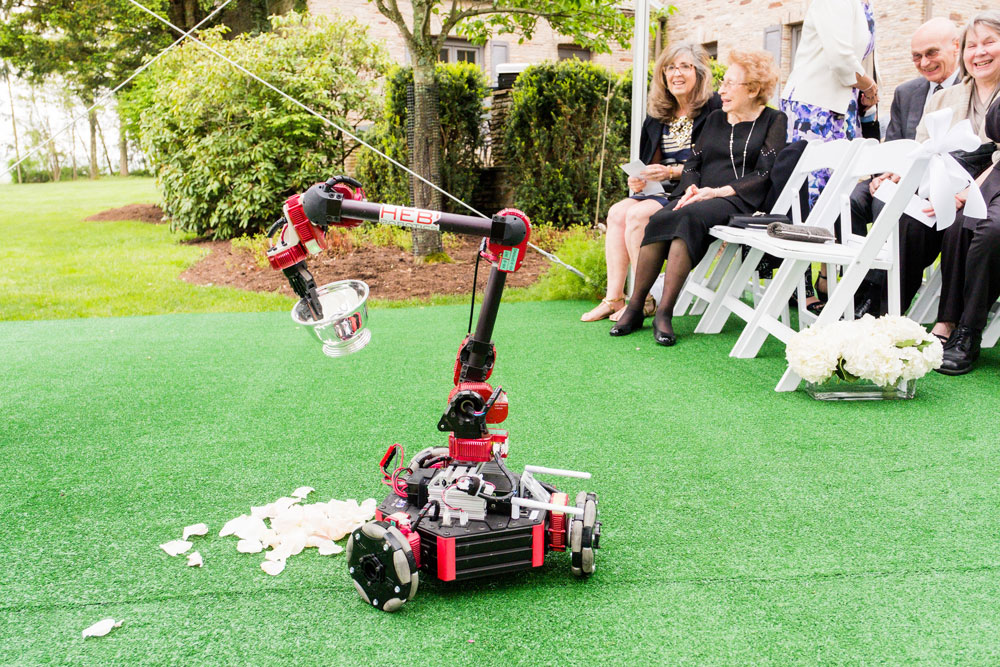 After the bridal party made their way down the aisle at a private country club in Laurel Highlands, the couple’s ring bearer strolled down with Caroline and Andrew’s Welsh Pembroke Corgi, Thor, dressed in a black bow tie. Shortly after, the robot made its appearance.

“The idea was to drop flowers as it went down the aisle, but it did not really work that way. It just dropped it at the end of the aisle,” says Caroline. “We had to have someone control it through an iPad or tablet, and my future sister-in-law was actually able to control it from the aisle.” 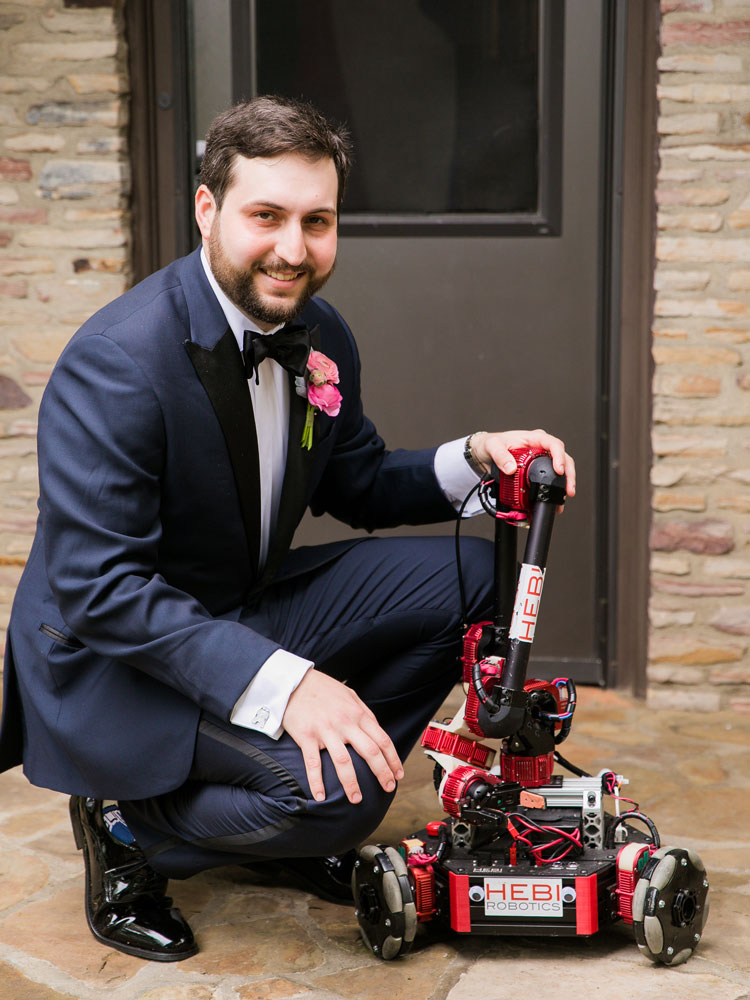 While the robot was not purposefully kept a secret, the guests were still shocked when it initially rolled to the start of the aisle. But the robot and Thor were not the only personalizations the couple included in their ceremony.

“We wrote our own vows together and both read them to each other during the ceremony,” says Caroline. “One of our promises was to always binge-watch Netflix together when the other needs it and other promises personalized to us.” 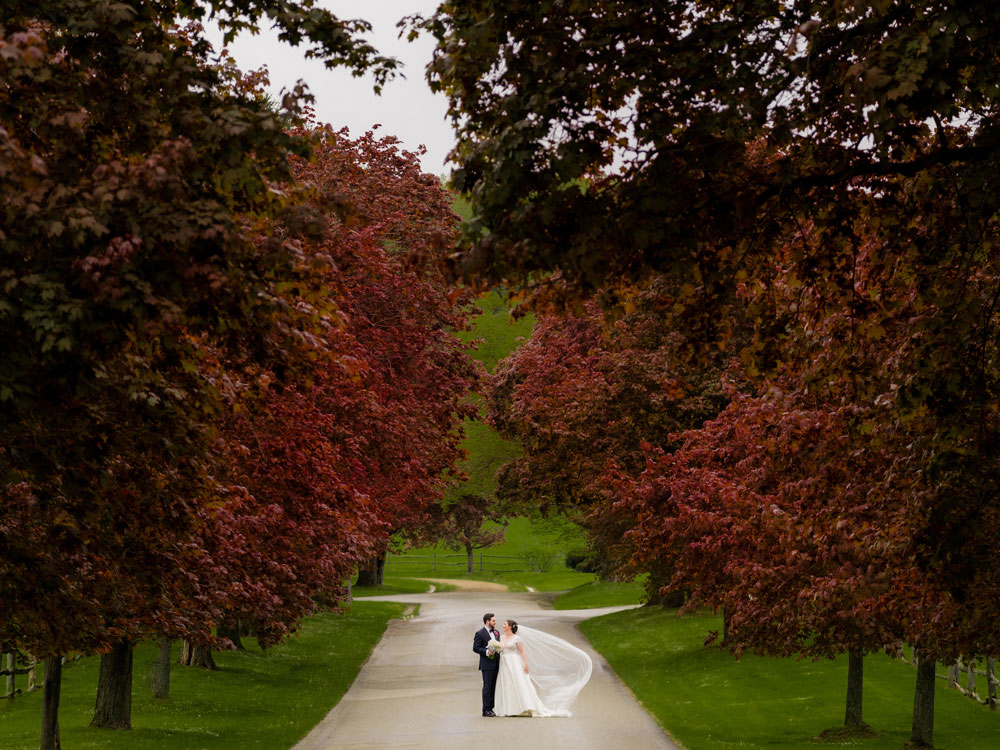 According to Caroline, talking to your partner to see what you both want at the ceremony can make the planning process easy and the day truly centered on the couple.

“I think it is an excellent idea for anyone getting married, it is your day so make it as personal as possible…. I thought the wedding planning process was pretty easy and went pretty well, but that came down to who my partner is and our communication,” says Caroline.