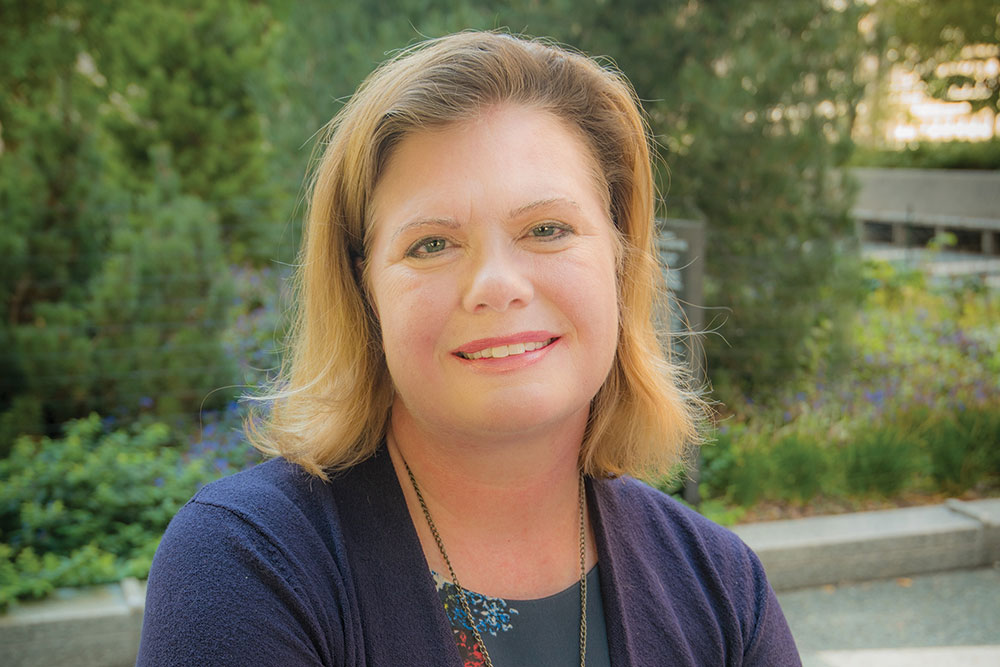 “WHAT WE ALL LEARNED FROM THE MILITARY IS TO GIVE BACK. NO MATTER WHAT CITY WE’VE LIVED IN, OR WHAT COUNTRY WE WERE SENT TO, YOU TEND TO DO WHAT YOU CAN FOR THE PEOPLE AROUND YOU.” –– LISA SKINNER

Lisa Skinner and Carl Spindler couldn’t be more different from one another. Skinner, Medicaid director at Assure-Care LLC, works in healthcare technology; Spindler spends his days practicing construction law as an attorney at DFL Legal. Although both are post-9/11 military veterans, Skinner is an Air Force retired veteran, while Spindler served in the Marine Corps and continues to serve in the Marine Corps Reserve.

As members of Leadership Pittsburgh’s Community Leadership Course for Veteran (CLCV) VIII cohort, however, they are connected through something else.

“We all had different jobs in the military, [we represent] different branches … and yet the commonality is that desire to serve and to continue our service,” Spindler says.

“That’s what we love to do,” Skinner says. “That’s what we all learned from the military is to give back. No matter what city we’ve lived in, or what country we were sent to, you tend to do what you can for the people around you.”

Created in 2014, the CLCV leverages the skills and experiences of post-9/11 veterans to help serve the Pittsburgh region through a six-month, biweekly course covering the local corporate and nonprofit landscape.

CLCV has roots in the Heinz Endowments, according to Aradhna Oliphant, president and CEO of Leadership Pittsburgh. Nine years ago, several philanthropies in Pittsburgh — including the Heinz Endowments — conducted a study on the needs of Pittsburgh-area veterans, concluding that the region is becoming an attractive place for military veterans to settle, despite not having a military base close by.

“We had the fourth largest concentration of younger military veterans in the country,” Oliphant says. “And if that was the case, then that is a significant portion of our population, which had been trained and invested in by our tax dollars, that were not getting connected to the region.” 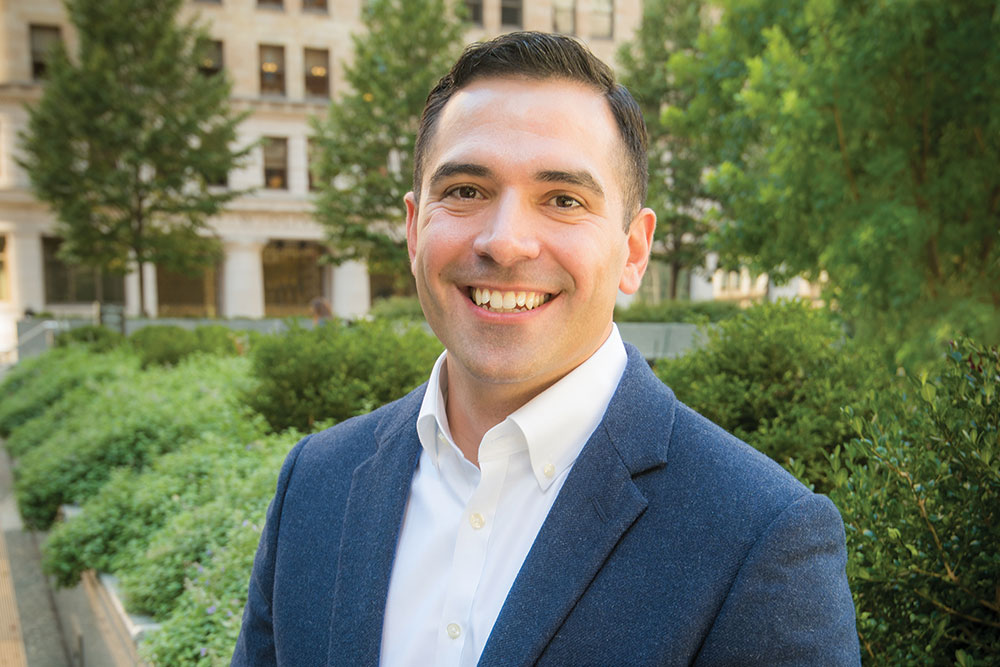 “WE ALL HAD DIFFERENT JOBS IN THE MILITARY, [WE REPRESENT] DIFFERENT BRANCHES … AND YET THE COMMONALITY IS THAT DESIRE TO SERVE AND TO CONTINUE OUR SERVICE.” –– CARL SPINDLER

Seeing a need to connect veterans to the community, Robert “Bobby” Vagt, then president of the Heinz Endowments, came to Oliphant — knowing her involvement with Leadership Pittsburgh — to help.

At first, Oliphant was apprehensive about Leadership Pittsburgh’s ability to serve post-9/11 veterans.

“I said to him, ‘Bobby, with all due respect, our competency is getting people who are already on their way to professional success to connect to each other and connect to the region’s needs,’” Oliphant says. “‘We have an assets-based organization, we are not a human services organization.’”

Vagt assured Oliphant that this mission was something Leadership Pittsburgh was capable of taking on.

“He said, ‘I get it. But there is something here that you can do, I don’t know what it is. Will you remain in conversation with us?’” Oliphant recalls.

At the time, Andros was coming out of her Coro Pittsburgh Fellowship in public affairs, knowing she wanted to work in philanthropy but unsure how to transition to civilian life.

“When you’re leaving the military, and you’re sort of figuring out what you want to do next in your life, it’s very hard for [a military veteran] to understand or even really describe it,” Andros says. “It’s such a foreign concept: ‘How does my five years of work as a logistics officer translate to a bank?’ It’s hard to figure that out on your own.”

Andros was also no stranger to the stigma faced by those who leave the military and enter civilian life.

“After I was out of the military bubble I realized, ‘Wait a second, why does everybody think that I need help?’” she says. “Rather, I’m ready to help this community. I’m really well-positioned; I have the life experience, I have faced adversity, I’m a quick decision maker, I can think on my feet. Like, that’s all things that the military taught me to do. Why does everyone talk about me like I’m in need of saving or helping?”

She turned out to be the right person at the right time — someone with a unique perspective that made her just right for the job at the Heinz Endowments.

Oliphant and Andros began to hold “beer groups” where Oliphant, Andros and a group of young military veterans sat down to talk about what a potential course through Leadership Pittsburgh could look like.

The conclusions were that the veterans missed the camaraderie and sense of purpose the military provided. Additionally, most weren’t from the area and had come to Pittsburgh with a spouse or for higher education, making the transition even harder. Oliphant realized then that Vagt had called the right organization.

“Those are the kinds of things that we do in our program: We connect people with each other, we connect them with the community, and we give them information that hopefully inspires them to do more for the community,” Oliphant says. “In retrospect, all of this seems so clear. But we had to go through several months of conversations for me to realize this is what they need and want, and this is how they can help the community.”

Leadership Pittsburgh’s CLCV has become the benchmark for similar courses in the United States. In fact, it’s always been the benchmark.

During the beginnings of CLCV, Oliphant served on the board of a national organization for groups like Leadership Pittsburgh. She was convinced that there must be a larger nonprofit, with a larger military presence, doing something similar to CLCV.

“The chair asked us, ‘What are each one of you working on, just to get this started?’ And I said, ‘I’m thinking about this, so what do you all do for veterans?’ And there was pin-drop silence and the chair said, ‘I guess, Aradhna, that we are watching Pittsburgh,’” she recalls. “I still remember my shoulders went down, and I thought, ‘Oh, my God, this is a heavy responsibility, it’s the military!’” 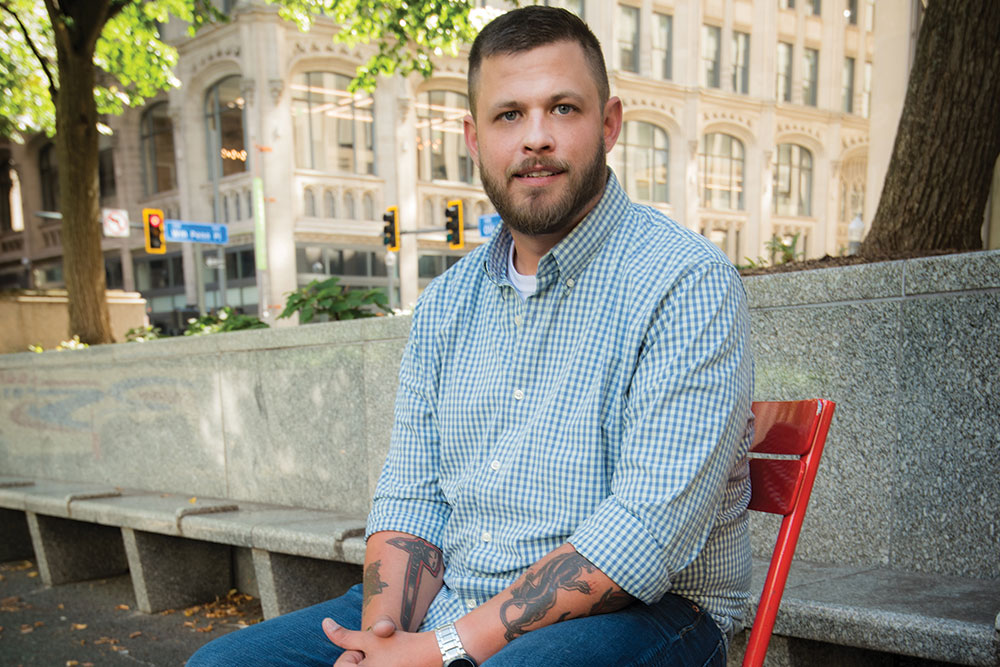 According to Oliphant and Andros, CLCV is set apart from other programs through its sheer commitment to supporting post-9/11 veterans — “it’s not a passing fancy,” in Oliphant’s words. Andros says no one has been as intentional and focused as Leadership Pittsburgh has been.

“A lot of foundations are funding job-placement programs,” Andros says. “And we [The Heinz Endowments] support organizations that do that too. But I’m not aware of any program in the country like CLCV, which is purposeful about breaking down networks between the corporate community and military veterans, and then also breaking down the network between the nonprofit sector and intentionally asking the military veteran community to continue to serve post military service. But this time, it’s to serve the community.”

Shawn Wray, a CLCV I alumnus and lead program manager of cybersecurity at ANSYS, went on to chair Sustainable Pittsburgh after completing the course. He currently co-chairs the Pittsburgh Veteran Employer Coalition and says the course — in addition to connecting veterans to nonprofits, philanthropies and boards — allows veterans to continue to serve.

“All the veterans I talked to that have gone through the program, that always continues to be one of the resonant messages,” he says.

Nick Grimes, program coordinator at Amizade, a local nonprofit that organizes safe, sustainable, and collaborative global-learning experiences, was part of the beer group and applied to the course when it was launched. After his time in CLCV I, Grimes did a fellowship with Leadership Pittsburgh and stayed on to help with later courses. Despite some years removed from the experience, those six months made an indelible impact on his life.

This article appears in the November 2021 issue of Pittsburgh Magazine.
Categories: From the Magazine, Give Pgh