Hell on Wheels: It's the Best Spectator Sport in Pittsburgh 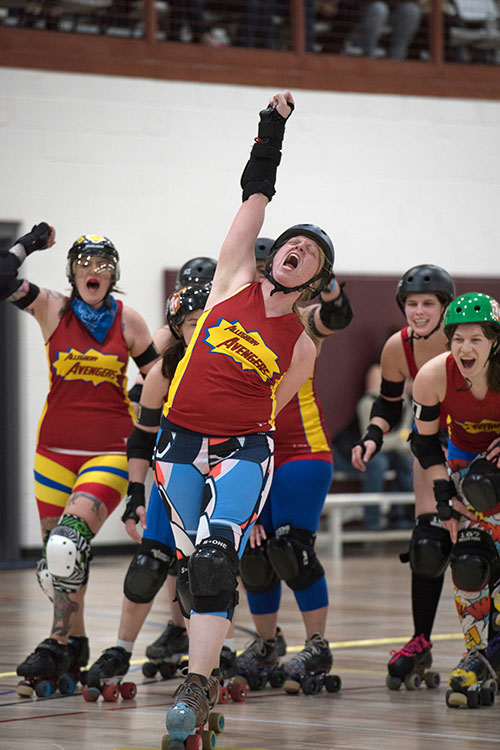 With all due respect to the local athletes who compete in massive stadiums, you’ll find one of the best spectator sports in town by taking a trip up Route 28.

The competitors of Steel City Roller Derby (steelcityrollerderby.org) have relocated to the Pittsburgh Indoor Sports Arena in Harmar Township. It’s a perfect venue for the burgeoning sport, offering two levels of seating — either get a bird’s-eye view to watch each “jam” unfold or grab a spot near the track for a dizzying close-up.

As the competitors deftly maneuver around each other — tap-dancing atop eight wheels between bodies with a grace most of us couldn’t muster without the skates — you’ll quickly realize that the contemporary sport bears little resemblance to the televised version of decades past.

“It’s really unlike any other sport out there,” says skater Ally McKill — a lawyer by day, hence the name-riffing on “Ally McBeal” — who helped to found the league a decade ago.

“We work really hard at it; we practice and play at the highest level of the sport in the world.” The next home bout is scheduled for April 29.

This article appears in the April 2017 issue of Pittsburgh Magazine.
Categories: From the Magazine, Hot Reads, Things To Do