Hang On for a High Speed Halloween at Kennywood

The new Steel Curtain coaster at Kennywood Park is already terrifying. During October, it gets even scarier. 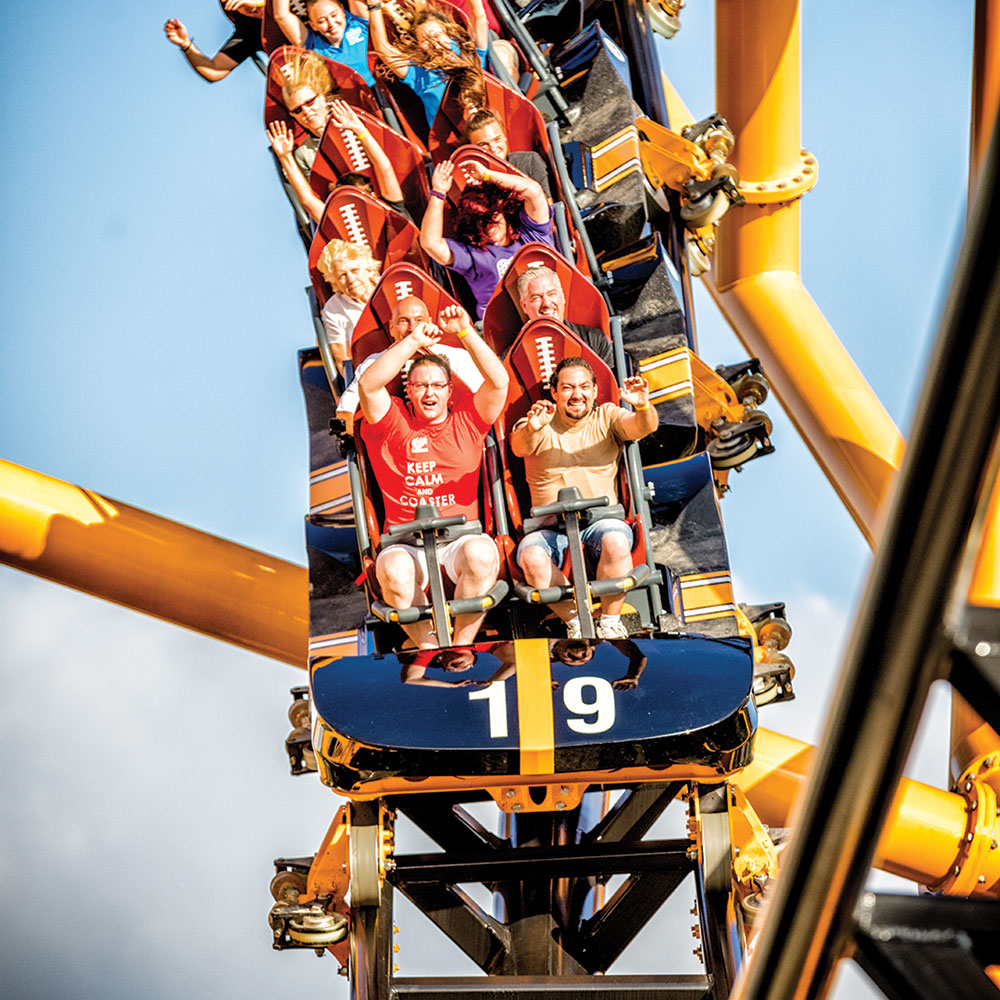 With a park cloaked in fog and shrouded in darkness, tearing through the night sky on the ride should be absolutely petrifying.

The Steel Curtain will be part of the ride lineup for this year’s Phantom Fright Nights celebration. The annual haunted attraction features themed haunts throughout the park in addition to select rides, games and food stands; the Steel Curtain joins longtime October staples including the Phantom’s Revenge, Jack Rabbit, Racer and Noah’s Ark. 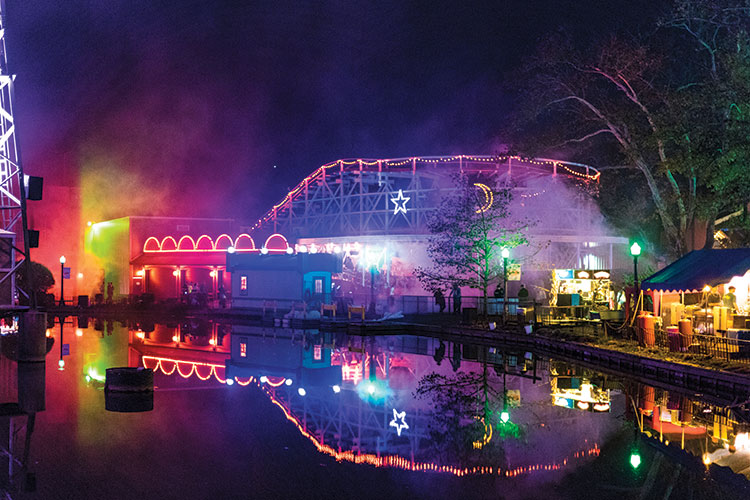 “The way that the park changes so much in Fright Nights … it’ll add some mystique and a little bit of fear,” says Nick Paradise, Kennywood’s director of public relations and social media. “It’ll create a greater thrill.”

This year, Phantom Fright Nights also includes a new spookhouse, dubbed Shady Grove Memorial Hospital. Evil clown aficionados should be sure to schedule a stop at the park’s 4D theater; an 18-minute collection of scenes from the chart-topping horror hit “It” will appear with surprising, unsettling real-world special effects. The “It” feature (based on the 2017 film, not the sequel currently in theaters) is the first new Halloween picture on Kennywood’s screen since the theater opened.

While Phantom Fright Nights is not recommended for guests younger than 13, the park’s daytime Happy Hauntings event provides a bit of Halloween fun for younger kids. One of the haunted houses will be turned into a family-friendly “trick-or-treat trail” during daytime hours, and a hayride will cart guests through Lost Kennywood. 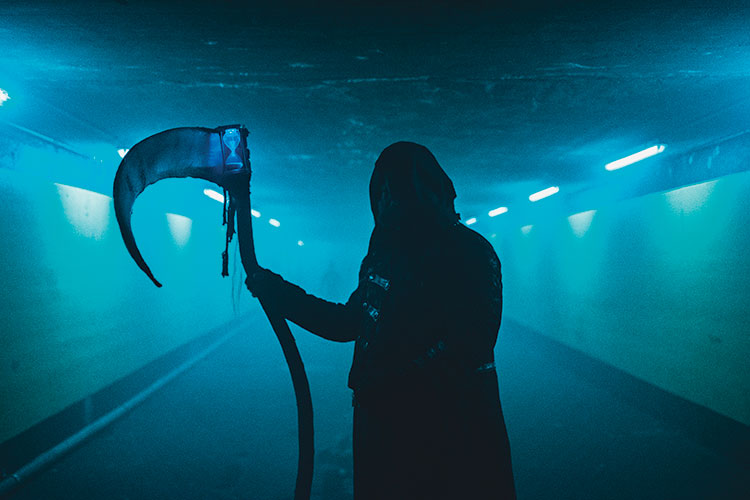 The Steel Curtain will remain open during Happy Hauntings as well. Paradise says that could be a draw for older siblings and parents at the otherwise tame events; the Steel Curtain’s height requirement is 48 inches, so taller kids as young as 7 or 8 can ride.

The park’s fall events come on the heels of the Steel Curtain receiving the coveted Best New Roller Coaster prize at the Golden Ticket Awards, an industry honor Paradise describes as “the Academy Awards of the amusement industry.” The award, given annually since 2005, is coveted even among international destinations; other top awards for 2019 were given to Disneyland and Universal’s Islands of Adventure.

For many visitors, Phantom Fright Nights and Happy Hauntings may be the first opportunity to ride the Steel Curtain after a busy summer season. Based on our own experience, we recommend that you prepare yourself for a thrill; the ride is more dynamic and exciting than anything Kennywood has hosted before.

We can only imagine how scary it’ll be with the lights turned out.