His family’s move from the Hill District opened a world of possibilities, from CMU’s campus to the Murray Avenue business district. 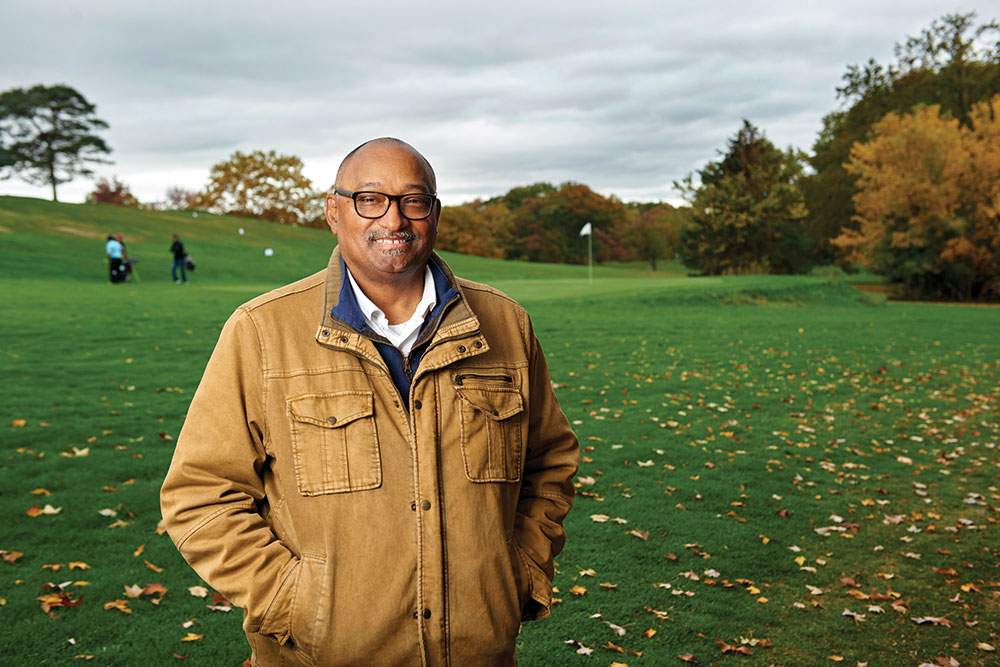 Rege Bobonis, now 59, was 4 years old when his family moved into a home on Forbes Avenue in Squirrel Hill in 1965.

“Originally my parents had grown up in the Hill District, but the house they had was small and with four kids, they needed a bigger house,“ says Bobonis. “My Dad had just taken a job at Mercy Hospital and he wanted to move his family to a more diverse neighborhood.”

The family lived within walking distance of Carnegie Mellon University.

“There were tons of kids on our street and Carnegie Mellon was our playground. They had these huge softball fields that we used to play softball, football, you name it,” Bobonis says.

Bobonis walked to his first school, Wightman Elementary. Summers were spent outdoors playing established sports and some inventive games that he wouldn’t recommend these days.

“We used to have Big Wheel races down a dead-end street near my house, Normlee Place. There were two driveways at the end that we would turn into, and if you missed them, you ended up in the middle of busy Forbes Avenue. It’s amazing I wasn’t killed as a kid.”

As he got older, he began to explore the Murray Avenue business district.

“When I was about 8 years old, we discovered Aiello’s and Mineo’s pizza. Aiello’s was my favorite because Joe Aiello, who was a great guy, looked out for all of us kids. He knew all of us by name and when we walked in he’d ask how we were doing, how we were doing in school. He was always telling us to stay in school, do the right thing.”

His parents introduced him to other culinary favorites.

“My Mom loved to shop at the Waldorf Bakery. She’d get their fresh-baked bread for our sandwiches. A lot of my friends wanted to trade lunches with me because [they] loved the bread my Mom bought,” he says. “Weinstein’s delicatessen was great. Great corned beef sandwiches, it just had awesome food.”

For entertainment, Bobonis and his buddies frequented the Manor Theater which featured “Dracula, Frankenstein, Godzilla, all of those goofy movies” during Saturday matinees.

He also frequented another Squirrel Hill landmark, Heads Together.

“It was a head shop but they sold records, water beds —  you name it, they sold it. If you were looking for music and National Record Mart didn’t have it, nine times out of ten, they had it.”

Walking near Schenley Golf Course one day, Bobonis ran into one of his more famous neighbors.

“We saw this man and his kids playing and we said, ‘Hello’ and he was so nice. We started talking to him and it was Mister Rogers. I always watched Mister Rogers with my Mom when I was a kid, [so] I recognized him right away.”

Bobonis, who now lives in Sewickley, has his own broadcasting career. He is Managing Editor at WTAE-TV, where he has worked for 37 years.

Among Bobonis’ most cherished childhood memories were early evening rounds of golf with his father.

“My Dad would go up to the [Schenley Park] golf course right after dinner in the summertime when it was still daylight and we would play five holes and then go home. That’s where I got my love for golf, from playing with him at such a young age.”