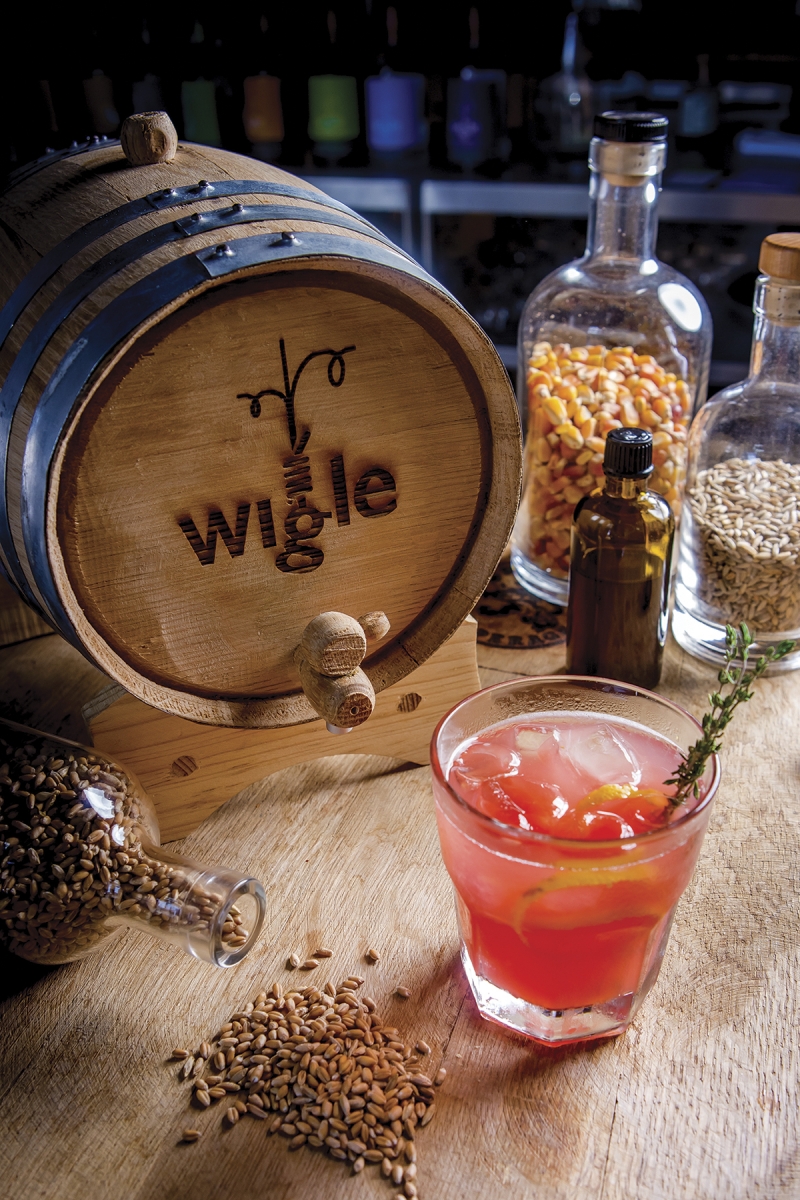 At the end of 2011, Wigle Whiskey fired up its copper-pot still in the heart of the Strip District. Alongside the rebirth of Monongahela rye, Wigle’s distillers produce a wheat whiskey, a whiskey-based, Dutch-style gin called Ginever, a line of bitters and “Landlocked,” a honey-based spirit.

Wigle’s proprietors, members of the Meyer and Grelli family, are bringing back local spirits by embracing an emerging trend: field-to-bottle.

Wigle is one of a handful of U.S. distilleries with owners who have committed to on-site, grain-to-bottle distilling that uses locally farmed, organic grains. “If you want to work with us, you need to adhere to some of the things that we think are important,” says co-owner and new-product creator Meredith Grelli.

To that end, the distillers regularly communicate with their primary suppliers, including Weatherbury Farm. By committing to organic grains — especially rye, which is grown as much for its reliability as a soil-enhancing cover crop as it is for its nutritious berries — Grelli says the distillery uses its purchasing power to do some good for the land.

“We’re a major grain user in the region. We felt like we had an opportunity to influence what our region’s agriculture looked like,” she says.

The popularity of Wigle’s products has created a bit of a dilemma: As the distillery expands its output and people are beginning to demand local grain for bread-baking, farmers can’t always keep up with demand. Rather than loosen their standards, the owners opted to innovate.

“We started this business to do new things,” says Grelli. “There’s nothing else we’d rather be doing than creating. But we want to make sure we’re doing it the right way.”

Case in point: When the distillers used all the rye from this year’s harvest at Weatherbury Farm, they turned to another crop from farmer Nigel Tudor: organic heirloom corn. Bourbon might have been the downfall of rye in the past, but now it’s just another piece in the puzzle for Pittsburgh’s local, organic distillery.