Gov. Wolf Not Ready to Lift Restrictions on Southwestern Pennsylvania

Wolf is allowing 24 counties in rural northern Pennsylvania to move from “red” to “yellow” in his color-coded reopening plan. 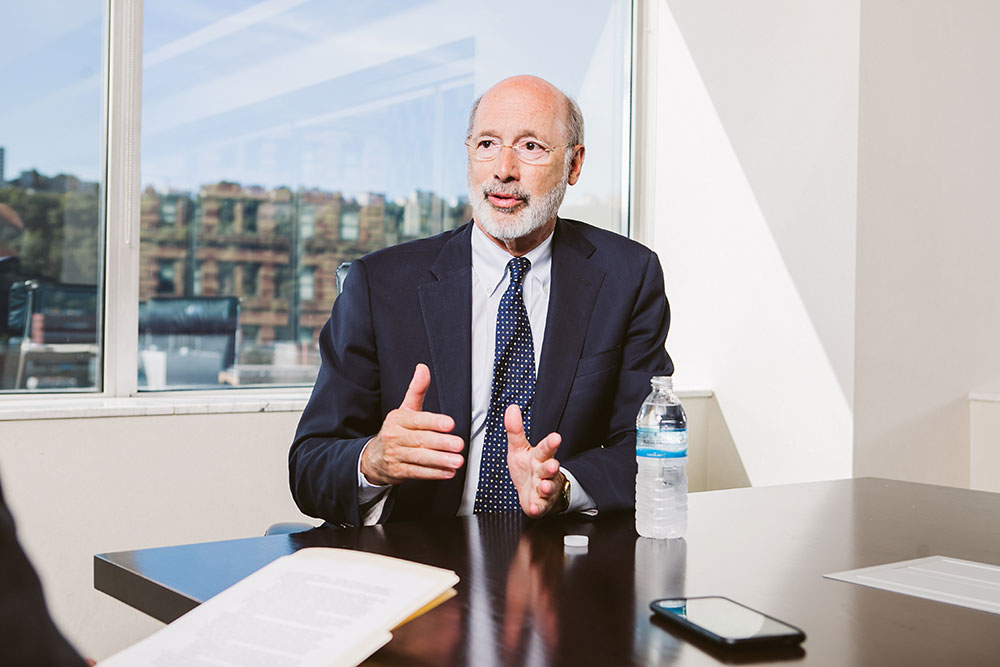 Residents and businesses in the Pittsburgh area hoping to see an end soon to Gov. Tom Wolf’s stay at home order will have to wait a while longer. Wolf announced Friday that he was lifting the strictest of the restrictions in 24 rural counties in northwest and north-central sections of the state. These are the areas that have seen the fewest COVID-19 infections and deaths in Pennsylvania.

For those counties, beginning May 8, stay-at-home orders will end and retail shops will be allowed to reopen, but other restrictions will remain in place. Child care centers can resume operations with certain safety precautions. Businesses that cannot accommodate employees working from home will be allowed to reopen their offices, but they must provide masks to workers and ensure social distancing. Many other businesses, including gyms, theaters and schools, will remain closed. Restaurants and bars are only allowed to remain open for takeout and delivery. All gatherings are limited to no more than 25 people.

“Over the past two months, Pennsylvanians in every corner of our commonwealth have acted collectively to stop the spread of COVID-19,” Wolf said. “We have seen our new case numbers stabilize statewide, and while we still have areas where outbreaks are occurring, we also have many areas that have few or no new cases.”

The governor says all state residents must act responsibly, including those living in counties that will move to the “yellow” phase next week.

“Every human-to-human contact is a chance for the virus to spread, so more contacts mean a higher likelihood of an outbreak,” Wolf says. “If we see an outbreak occur in one of the communities that has been moved to yellow, we will need to take swift action, and revert to the red category until the new case count falls again. So, Pennsylvanians living in a county that has been moved to the yellow category should continue to strongly consider the impact of their actions.”

The state has been collaborating with Carnegie Mellon University to closely monitor impacts of risk factors such as the number of reported COVID cases per population of an area, ICU and medical/surgical bed capacity, population density, the percentage of an area’s population over age 60 and the number of workers employed in a currently closed industry sector.

The CMU data was considered along with each county’s or region’s ability to conduct testing and contact-tracing.

The Pennsylvania Department of Health has developed testing and contact-tracing plans that were part of today’s decision. Those plans will also be used for future decisions as to when other counties can begin to reopen.

Wolf says counties that are remaining under the stay-at-home order will be considered for reopening in the next several weeks.