The statewide mandate, which requires students, teachers and faculty in all K-12 schools throughout the commonwealth to mask up regardless of vaccination status, will expire on Jan. 17. 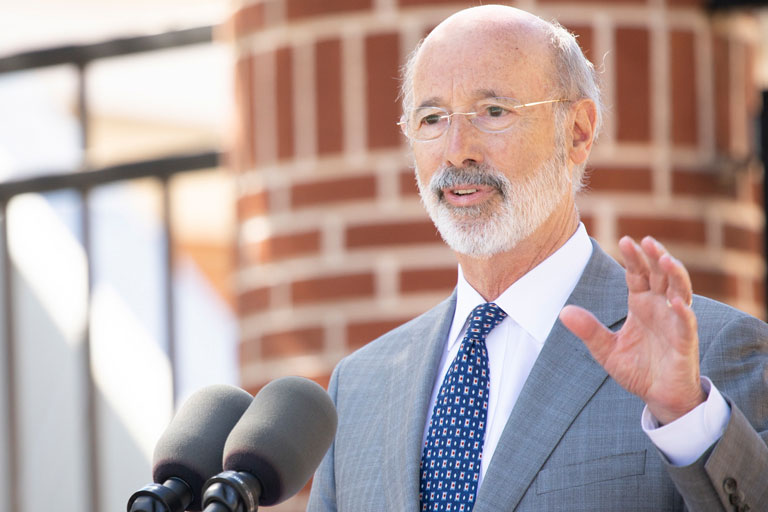 As most school-age children become eligible for the COVID-19 vaccine, Gov. Tom Wolf announced Monday that mask mandates in school districts will soon be in the hands of local leaders.

On Jan. 17, the statewide mandate — which requires students, teachers and faculty in all K-12 schools throughout the commonwealth to mask up regardless of vaccination status — will expire. At this point, it will once again be up to individual school districts to follow the CDC’s guidance on mask-wearing as a mitigation measure.

“My administration made clear that we would continue to reevaluate the status of the school mask mandate. Now, we are in a different place than we were in September, and it is time to prepare for a transition back to a more  normal setting,” Wolf said in a press release. “Unfortunately, the COVID-19 virus is now a part of our daily lives, but with the knowledge we’ve gained over the past 20 months and critical tools like the vaccine at our disposal, we must take the next step forward in our recovery.”

He also urged parents to take safety measures to protect themselves, their children and their families. Namely, he encouraged vaccination, which was made available to children 5-11 years old at the end of October.

The Wolf administration imposed the statewide mandate in September, following a spike in coronavirus cases attributed to the ultra contagious and virulent delta variant. The governor had initially stated he would leave decisions on masking up to school officials, but when most of the state’s 500 districts opted not to implement masking at all, he said a statewide order was warranted amid the marked uptick in infections.

The mandate sparked outrage, with some parents arguing they have the right to choose what their children do, and others taking legal action against the administration in the hope of overturning the order. But Department of Health Acting Secretary Alison Beam is hopeful that school leaders will do what it takes to protect students and staff, even after the order expires in January.

“Evidence of the effectiveness of masking has been so clearly demonstrated over the past three months in schools that we are confident local school leaders will take the steps necessary at the local level to preserve in-person education,” Beam said in a press release. “We strongly encourage schools to follow CDC guidance and make decisions with the health of their educators and students in mind. Likewise, we strongly encourage parents to talk to their children’s pediatricians and get their child vaccinated. Vaccinations give your child the power to safely learn, play and be a kid.”

The full order remains in effect until an additional announcement in January, and it will also remain in effect for early learning programs and child care providers until further notification, according to the press release. As of now, its expiration applies only to schools at which the majority of the population is eligible for the COVID-19 jab.

“I have said repeatedly that the vaccine is our strategy out of the pandemic here in the commonwealth and Pennsylvanians are doing their part,” Wolf said in a press release.  “With the availability of the pediatric vaccine, I encourage parents to talk to their doctors and pharmacists about getting their child vaccinated, as that is the one, scientific way to keep ourselves and loved ones safe.”

To find a vaccine provider near you, visit vaccines.gov.