The "Restored by the Fords" star shows off his most personal project yet — his own home. 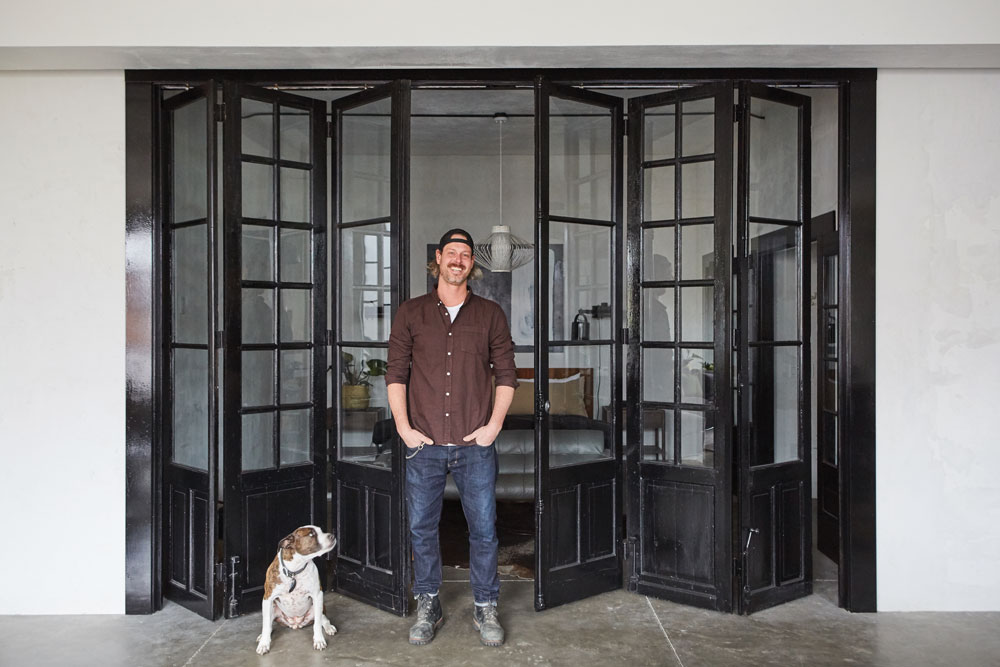 Steve Ford has never owned his own home.

Although that seems improbable for a guy who spends his days renovating houses around the Pittsburgh area alongside sister Leanne Ford on HGTV’s series “Restored by the Fords,” Ford was, until recently, renting an apartment on the South Side above his former clothing store, Decade.

Things changed when Ford, on his way to grab breakfast one morning at Onion Maiden in Allentown, spotted a graffiti-covered warehouse on an overgrown lot. Inside, the 7,000 square-foot building was packed tight with junk. Many of the windows were broken and boarded up.

Ford immediately knew it was meant to be his. 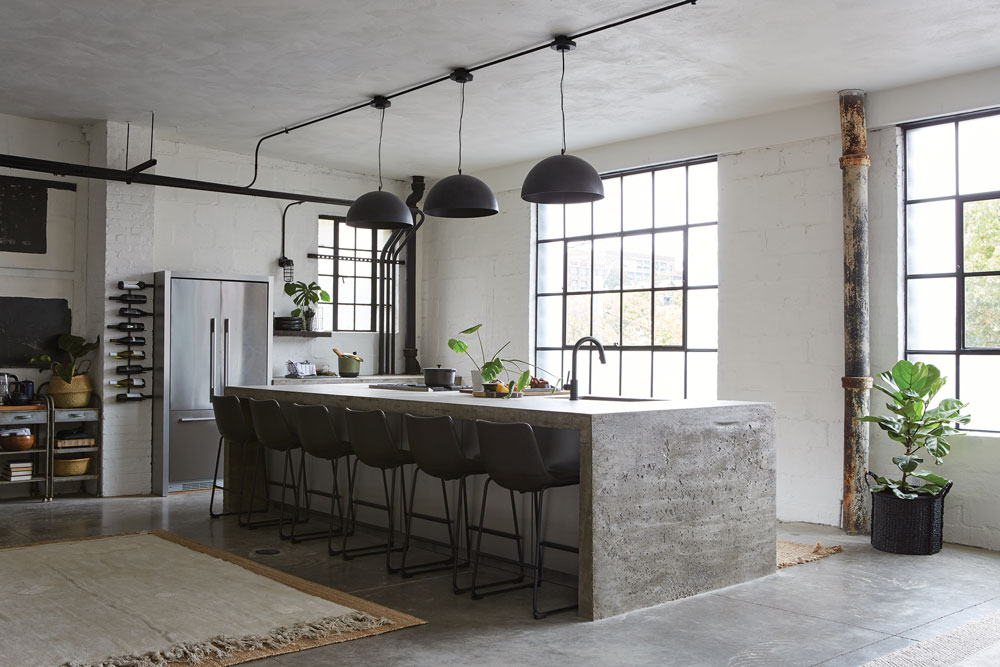 His complete renovation of the space, with design by his sister, was featured on the May 21 season two finale of “Restored by the Fords.” Like the other homeowners featured on the show, Ford says he applied through the network. The budget was set at $100,000.

“I had to send them pictures and everything before they would approve it,” he says. “It was kind of a last-minute episode that they made into a special for us. Originally, we were just doing 14 episodes. This was our 15th.”

As viewers saw, Ford’s family was less sure than he was about the place when they viewed it prior to renovation. 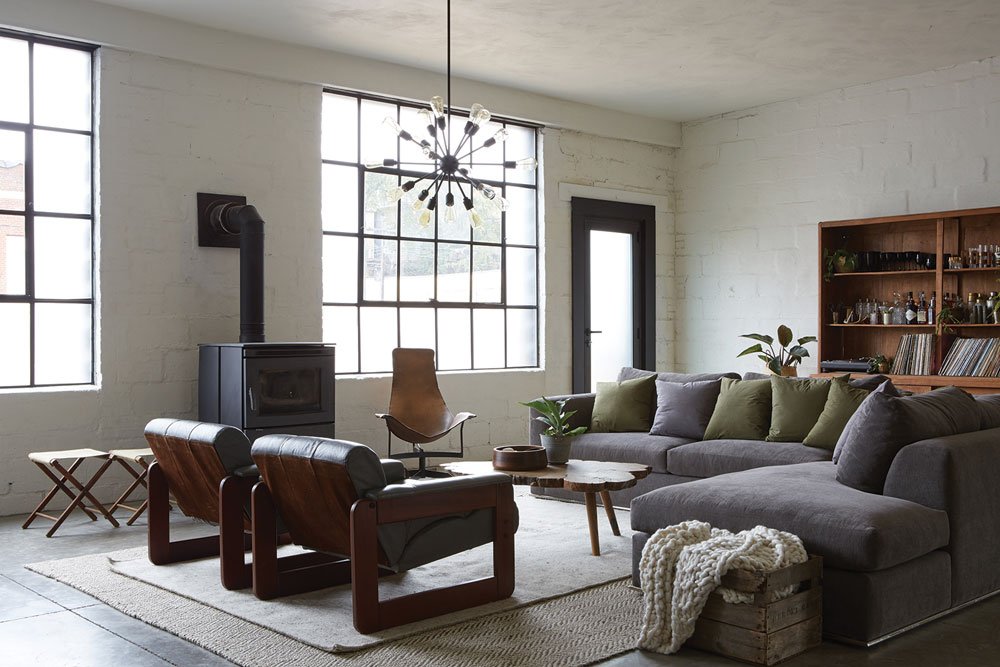 Although the finale wrapped in a neat 30 minutes, the siblings in reality spent more than two months renovating the building into an 1,800-square-foot loft, plus a warehouse and a personal workshop for Ford. Unlike other “Restored by the Fords” episodes, Ford was in charge of the design — to a point.

At Ford’s request, Leanne — who called her a brother a tougher client than she expected — kept the industrial feel of the space. The floors and the kitchen island, plus a sink, are all concrete. There’s also a concrete skim coat on the walls.

“He wanted all the fixings,” says Leanne, who adds she gave the place a mixture of laid-back surfer and cabin vibes to reflect Ford’s personality. “And I’m glad he did — the place turned out beautifully.” 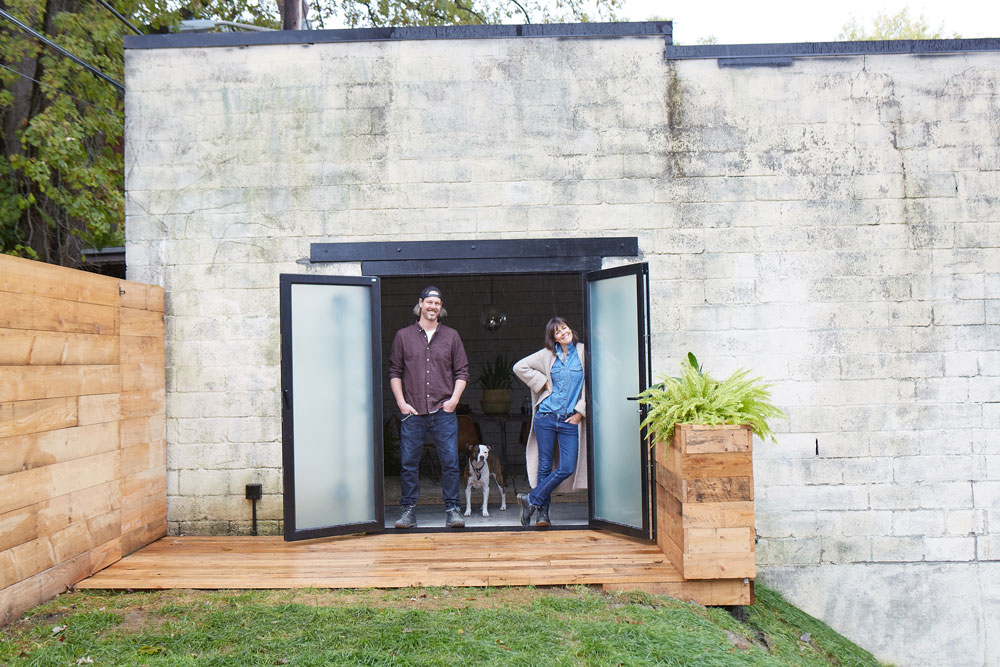 In addition to replacing the glass in the original warehouse windows, Leanne found a pair of vintage French doors — which the siblings painted a high-gloss black shade — to separate Steve’s bedroom from the rest of the living space.

For the lighting, Leanne chose pieces from her Project 62 collection with Target, but added a light from their grandparents’ house, as well as a fixture Ford found at a roadside yard sale.

“I’m always going to flea markets and stuff when I get a chance,” Ford says. “You never know what you’ll find.”

Ford’s other specific request had to do with the master bathroom — he wanted a decadent steam shower.

“I’ve always wanted to have a really beautiful bathroom. That was probably my biggest priority,” he says. “Otherwise, I was just happy to have a bed and a big room with a garage door next to it.” 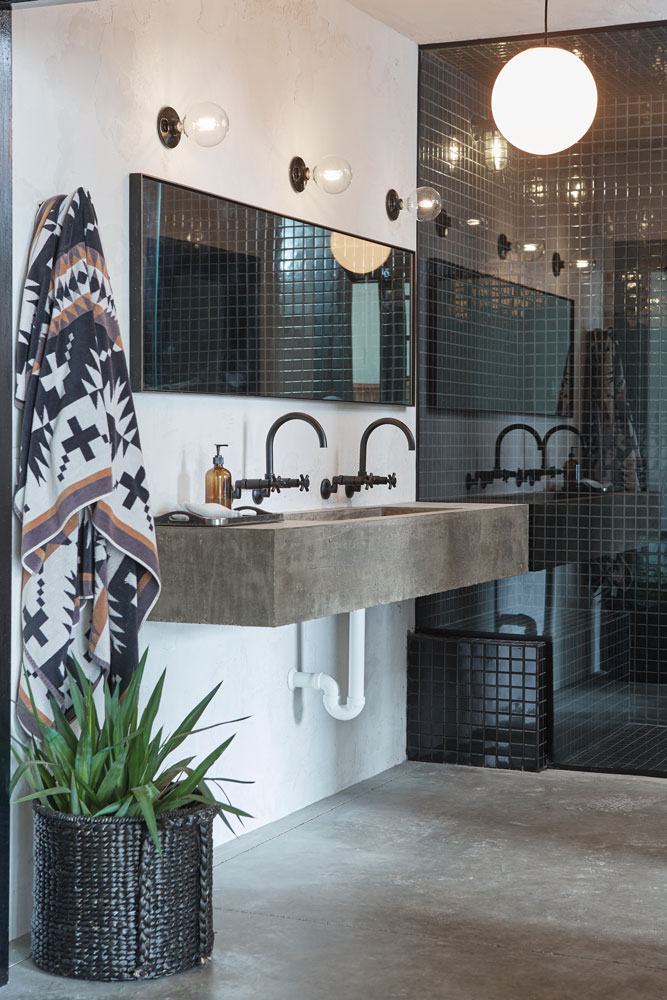 The bathroom features a massive, custom-made concrete sink with two bowls. The steam room itself is outfitted with square black tiles and industrial-style fixtures.

Ford says he let his family hang out in his new home — and even invited them to try out the steam shower — while he was in Los Angeles over the summer shooting “Rock the Block,” a new HGTV show pitting Leanne, Jasmine Roth of “Hidden Potential,” Mina Starsiak of “Good Bones” and Alison Victoria of “Windy City Rehab” against each other as they renovate four identical suburban homes. The competition series is set to premiere on Oct. 21.

The Fords also have written a book, “Work in Progress: Unconventional Thoughts on Designing an Extraordinary Life,” detailing their childhood growing up in Pittsburgh’s South Hills, as well as their path to landing an HGTV show. The book goes on sale Oct. 29.

This article appears in the October 2019 issue of Pittsburgh Magazine.
Categories: From the Magazine, HOME + Design, Hot Reads