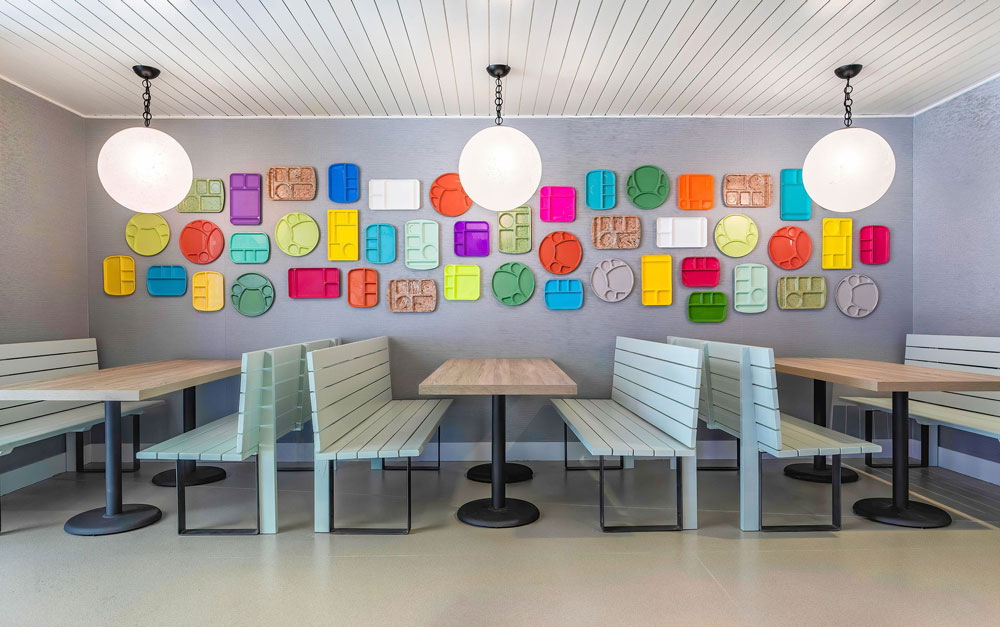 Bright colors, fun neon signs and a newly opened layout dominate the new Moonlit Burger near Duquesne University in Pittsburgh’s Uptown neighborhood, where the design is almost as delicious as the restaurant’s signature smash burgers.

Thanks to a partnership between Duquesne, Parkhurst Dining (which manages the university’s dining and catering) and Moonlit Burger founders Derek Stevens and Mike McCoy, the restaurant opened in August at the former Red Ring Bar & Grille on Forbes Avenue near PPG Paints Arena.

This is Moonlit’s second location; the first location in Dormont opened in 2021. 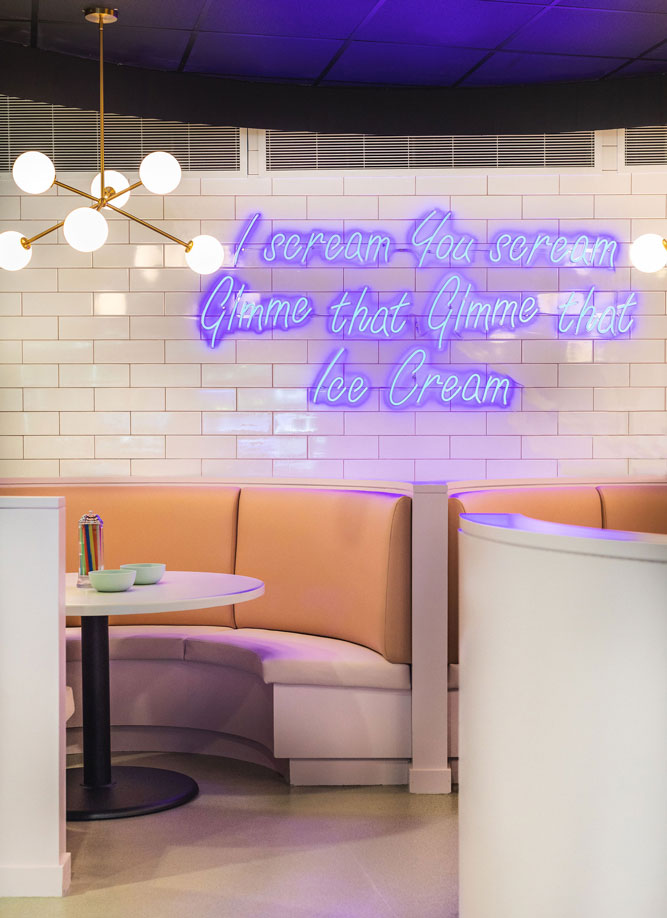 Over the summer, the Uptown location received an almost full renovation. Alongside contractor Everett Construction, Pittsburgh-based architecture firm Wildman Chalmers Design helmed the project, making sure the restaurant appealed to Duquesne students; the design includes comfy booths and a wall of colorful lunch trays near the entrance.

“We wanted to incorporate a lot of retro and colorful themes,” says Maggie Smoller, an interior designer for Wildman Chalmers Design. “We wanted this location to be a nod to the original location in Dormont.” 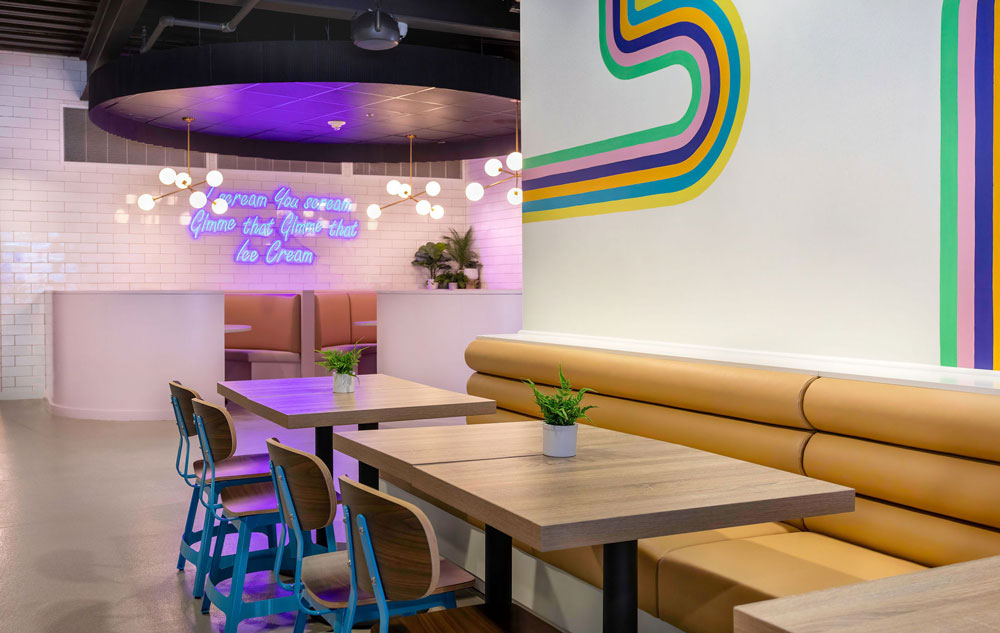 She adds the coronavirus pandemic also had an influence on the design. Besides removing walls, the designers incorporated Moonlit’s signature colors in cheerful swirls of green, pink, blue, purple and yellow throughout the space. All decorative painting was done locally by Andrew Paul of Run Rabbit Gilding

“This is a different neighborhood but we still wanted to create a happy, positive space after a time that wasn’t positive,” Smoller says.

“We tried to use the original footprint as much as possible,” she says. “We wanted to put existing elements to different uses. We used existing booths from the Red Ring to create the ice cream parlor.” 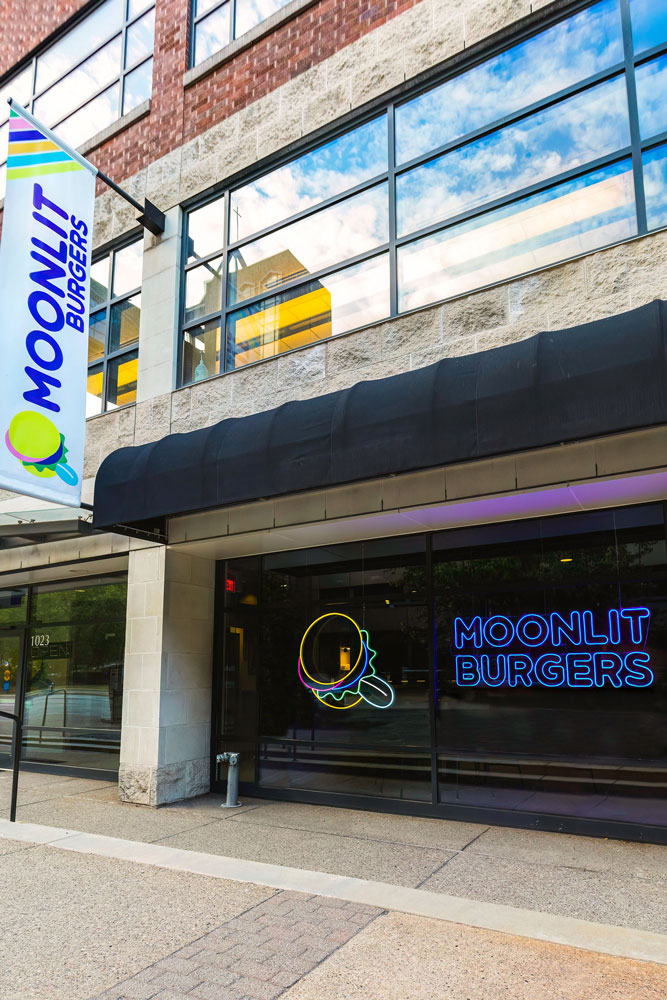 The project took more than three months to complete, according to Wildman and Smoller. Recognizing the time everyone put into making sure the design was just right,  Steven says he is happy with how the space turned out.

“It takes a team,” he says. “I listened to everyone and we got an awesome looking space for students and everyone who wants to come here.”