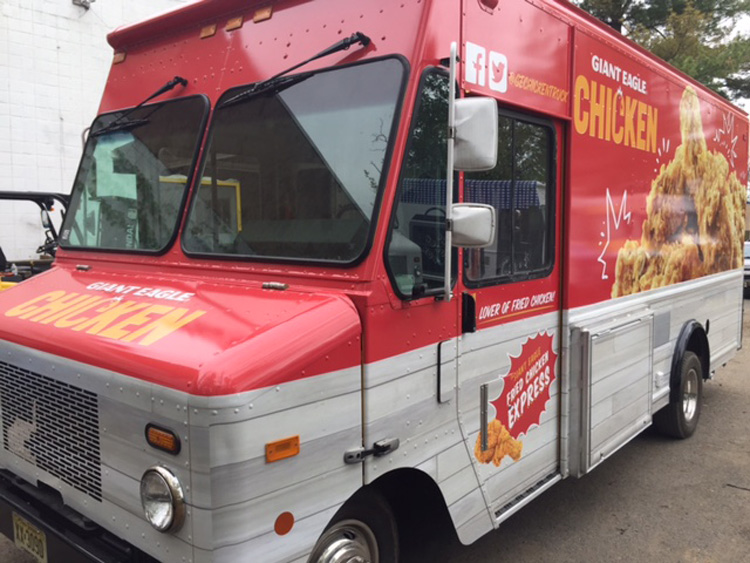 When Keith Fuller, chef/partner of the forthcoming Downtown restaurant Pork & Beans, was courting his wife Kathleen, he’d take her on a recurring date night to a place you might not expect one of the city’s best chefs to visit: The Giant Eagle Market District store in Shadyside.

“We’d do a cheap date night there on Mondays to eat fried chicken and drink beer,” he says.

He’s not the only one. Giant Eagle’s River City fried chicken has a large number of fans ranging from suburban families to top chefs to dining critics. “It’s super crispy on the outside. It’s got lots of little nuggets in the breading. It’s always moist in the inside,” says Fuller.

Chad Townsend of Millie’s Homemade Ice Cream sometimes uses the chicken as a base for dinner when he doesn’t want to cook after a long day at work. “You’re already halfway where you need to be with their chicken. Get some good pickles, make a quick hot sauce and you’ve made it your own,” he says, adding that “making fried chicken is a lot more difficult than you think it is.” 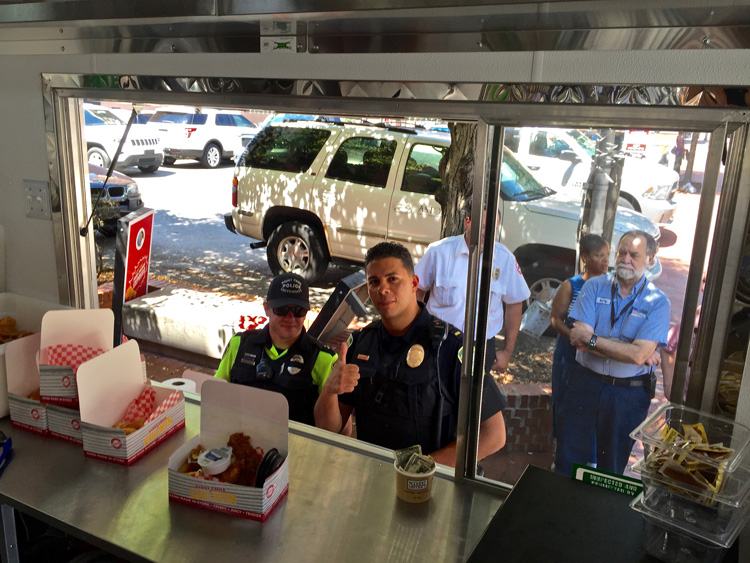 The grocery chain this week unveiled its new Giant Eagle Fried Chicken Express food truck, which will transport the grocer’s famous chicken to events throughout the city.

“We did this for a couple of reasons,” says Dan Donovan, manager of corporate communications.

“Our fried chicken is something that’s been a popular in-store offering for us for many years. Separately, think about what a great food scene Pittsburgh has and how that’s evolved. Food trucks have become an important part of that, and, as an 85-year-old young company, we thought we wanted to be part of it.” 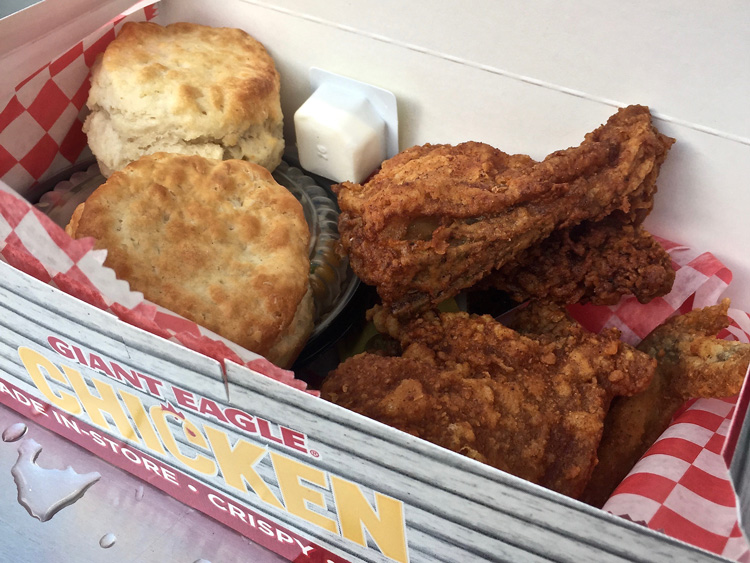 The company bucks tradition, however, with how it cooks the chicken, which normally is shallow-fried in a cast-iron skillet. Giant Eagle’s chicken pieces are pressure-fried (except the wings, which were cooked in a deep fryer when I watched the process the other day) in smallish batches. It’s a smart idea, as pressure-fried chicken tends to be juicier and more tender than pan-fried chicken. Plus, it makes a lot more logistical sense to pressure-fry in batches than to have heaps of skillets on stoves.

All of the chicken for the Fried Chicken Express is prepared in a large prep-kitchen at the Bethel Park Market District store. It’s then held in humidity- and temperature-controlled ovens both in the store’s kitchen and on the food truck. 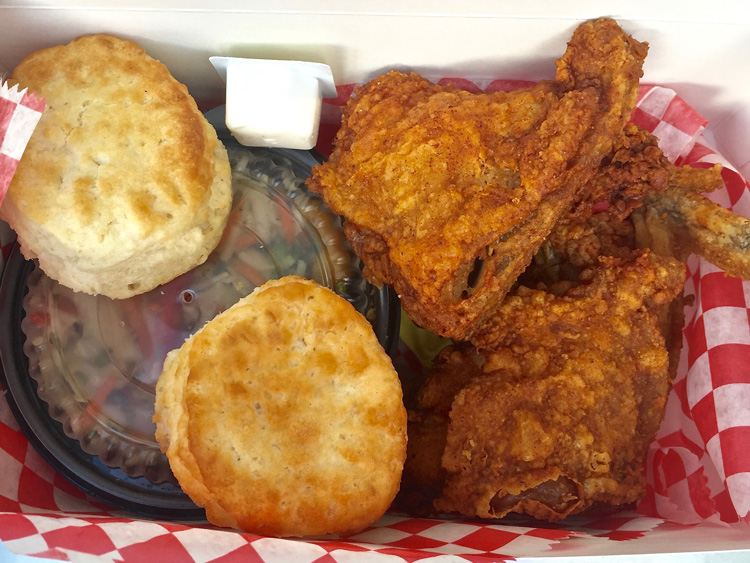 So far, so good. I sampled the chicken outside of PNC Park before a Pirates game on Saturday and then again Downtown for lunch on Tuesday. It’s a succulent, salty in the right way, flavorful bite, especially the legs and thighs. I wasn’t sure if the chicken’s crispy exterior would hold up on a road trip, but on both of my visits to the food truck, it was better than what I’ve had in the brick-and-mortar stores.

One thing that’s helping is that the chicken isn’t lingering long on the truck. Once the truck stops, “People are going bonkers for it. They’d push the truck over and eat everything inside if they could,” says truck manager Kris Arnold.

There were no chicken riots when I visited the truck, but the chicken did move quickly.

“It’s a good problem to have, but something we’ll work to adjust. We’ll make sure everyone gets chicken,” says Donovan.

Donovan says he expects the Fried Chicken Express will have a robust schedule and will be a noticeable presence around town. Currently, the best way to find out where the truck will be is to visit the dedicated Facebook page.