Now that Station, The Vandal and Driftwood Oven are open, it's time to assess the food. 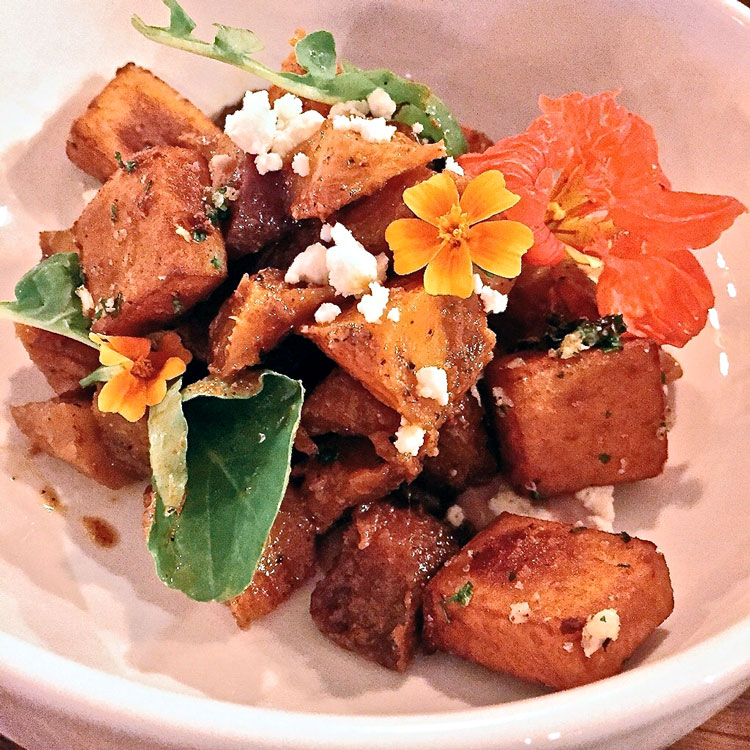 After a relatively quiet couple of months, three new eateries with a lot of potential to add to the city’s dining scene opened over the last couple of weeks. 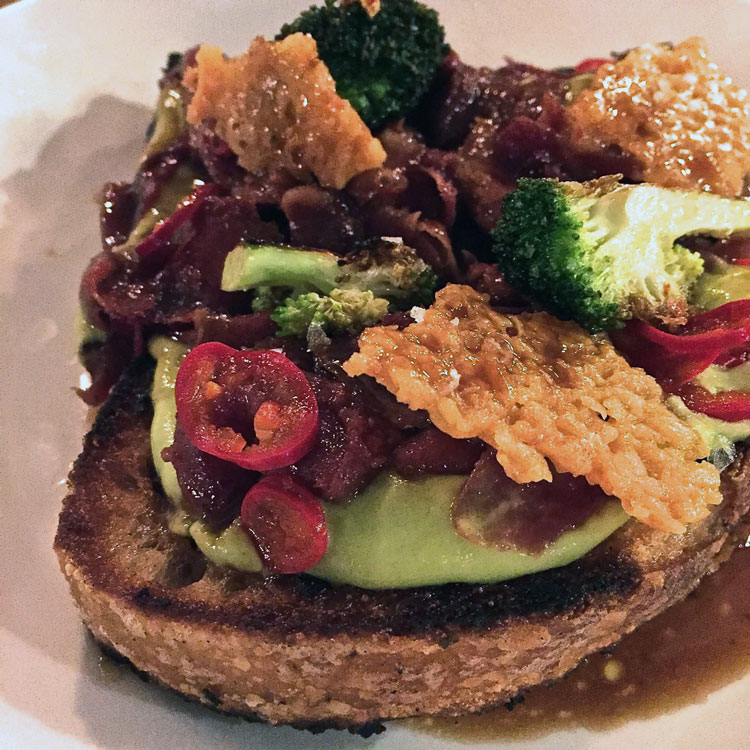 Gamble, 33, started working in restaurant kitchens when he was 14, and he first moved to Pittsburgh to attend the Pennsylvania Institute of Culinary Arts. He worked at Six Penn Kitchen and Café at the Frick before moving to Ohio and Chicago to continue his career. Gamble was the executive chef at Bread & Wine in Chicago before returning to Pittsburgh as the opening chef de cuisine at Grit & Grace downtown.

Gamble says that he’s aiming to marry the welcoming feel of a neighborhood restaurant while still embracing modernist techniques in his menu.

“We’re doing very modern things but using them in a way to get us very clean flavors. When you eat a plate of food here, we don’t want to you think about the execution; we just want you to enjoy the dish,” Gamble says.

Matrozza’s bar program is off to a solid start. The neighborhood has been hurting for a good wine list since Toast! kitchen & wine bar closed a few months ago, and Station fills that void. The draft list is a nice mix of reasonably priced Pittsburgh beers and popular national craft breweries, plus some good beer by the can. Matrozza deserves special praise for creating a tasty cocktail (Ruby Queen) that’s vodka-based and flavored with shrub. 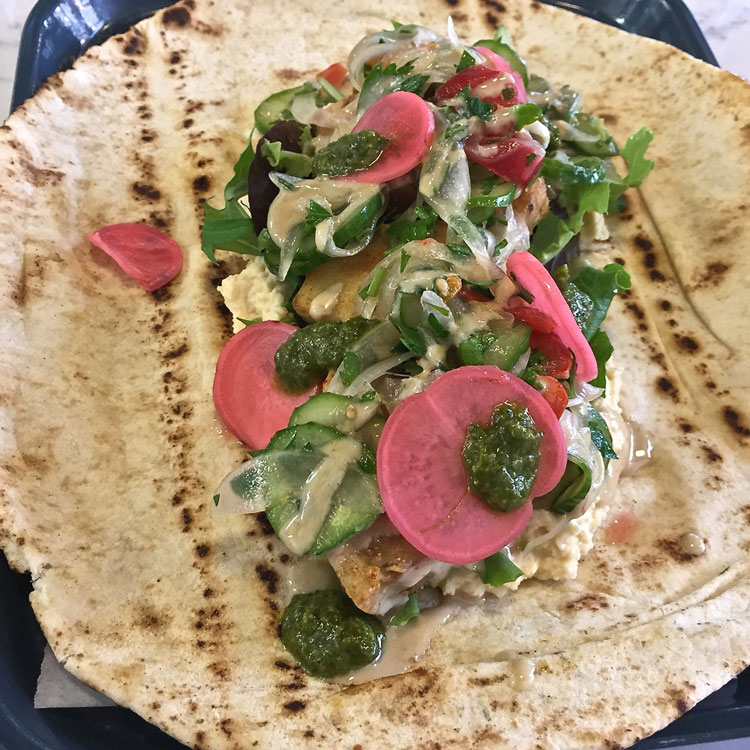 The Vandal, owned by Joey Hilty and Emily Slagel, officially opened last week in Lawrenceville. Hilty, formerly of Bar Marco and The Livermore, runs front-of-house and contributes to menu design. Csilla Thackray, previously sous chef at Bar Marco, is the restaurant’s executive chef. The casual dining spot will be open for breakfast, lunch and early dinner Wednesdays through Saturdays and for breakfast/brunch and lunch on Sundays. 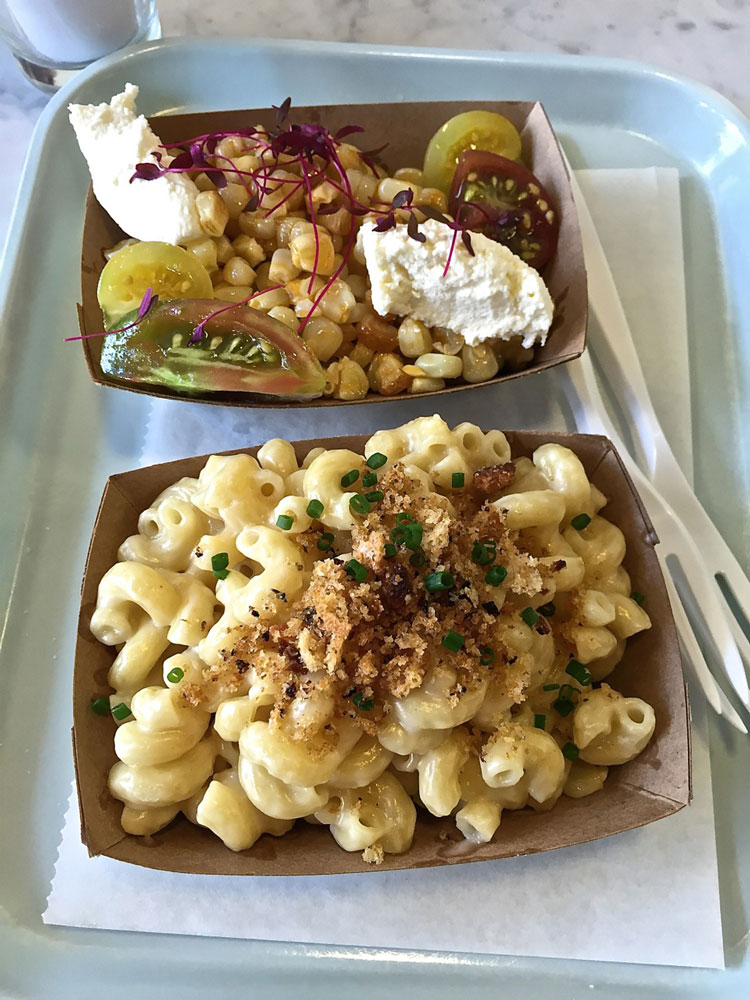 “We want to have a place that you can eat every day if you want to. It’s an all-occasion place, a neighborhood hangout spot,” says Hilty.

The Vandal seeks to provide simple comforts. As the menu continues to develop, look for an expansion of healthful offerings such as the summer-prime roasted corn with cherry tomatoes and the beautiful eggplant-hummus wrap that now are on the menu. If you’re looking to dig in a bit more, there’s currently a fried-chicken platter for two, which is served with one of the better helpings of macaroni and cheese I’ve had in awhile, plus braised Anson Mills field peas.

Thackray says that she’ll slowly roll out more menu items over the next few weeks, with a full menu available at the end of August or early September. 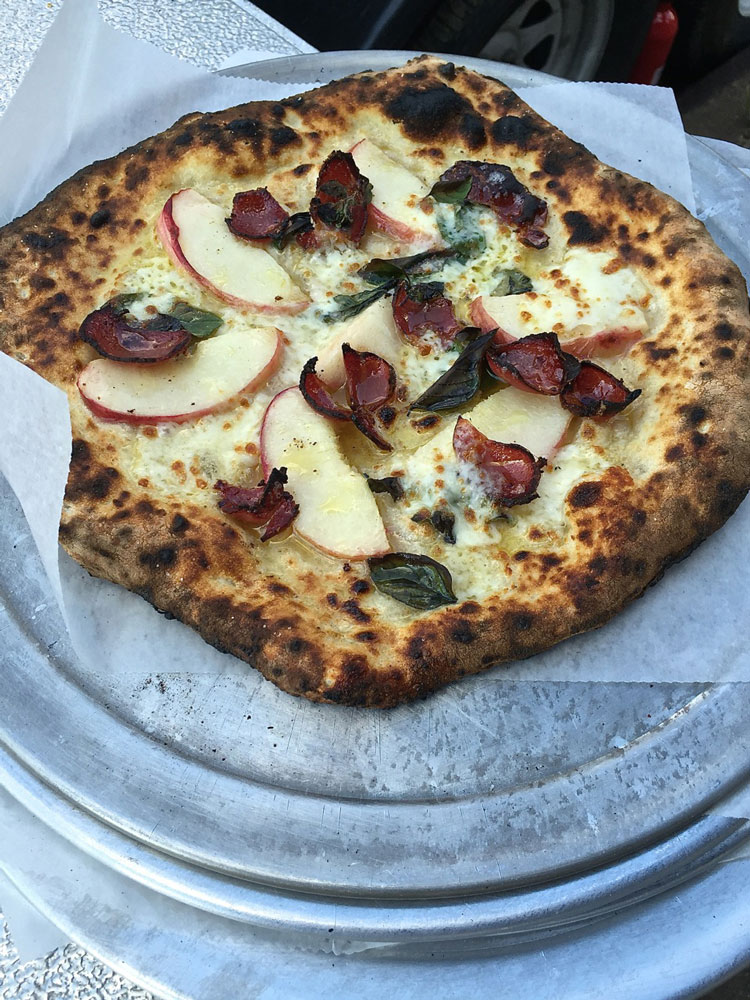 Finally, there’s Driftwood Oven, a mobile pizza operation run by baker Neil Blazin, formerly of Legume/Butterjoint, and Justin Vetter. I’ve been on the hunt for another solid wood-fired Neapolitan pizza in Pittsburgh since the Pizza Boat set sail for Slice Island at Spirit. (The Il Pizzaiolo Mt. Lebanon location remains top dog in the region.) And I like what I tasted when I sampled an early pie from Driftwood Oven.

It’s all about quality of ingredients for Blazin, who is using organic wheat for his naturally leavened dough and Caputo Brothers curds to ferment his fior de latte (mozzarella) cheese. He credits his time at Legume for introducing him to high-quality ingredients, saying that, “…my view on food and sourcing changed dramatically.”

Blazin says that as soon as he better understands the intricacy of his oven, he’ll begin to expand from just pizza to brick-oven bread, and he’ll likely use the oven for roasting and drying, too.

“There’s a lot of versatility in a wood-fired oven,” he says.