Find your next great read close to home. These four bookstores are worth visiting for atmosphere and personal service. 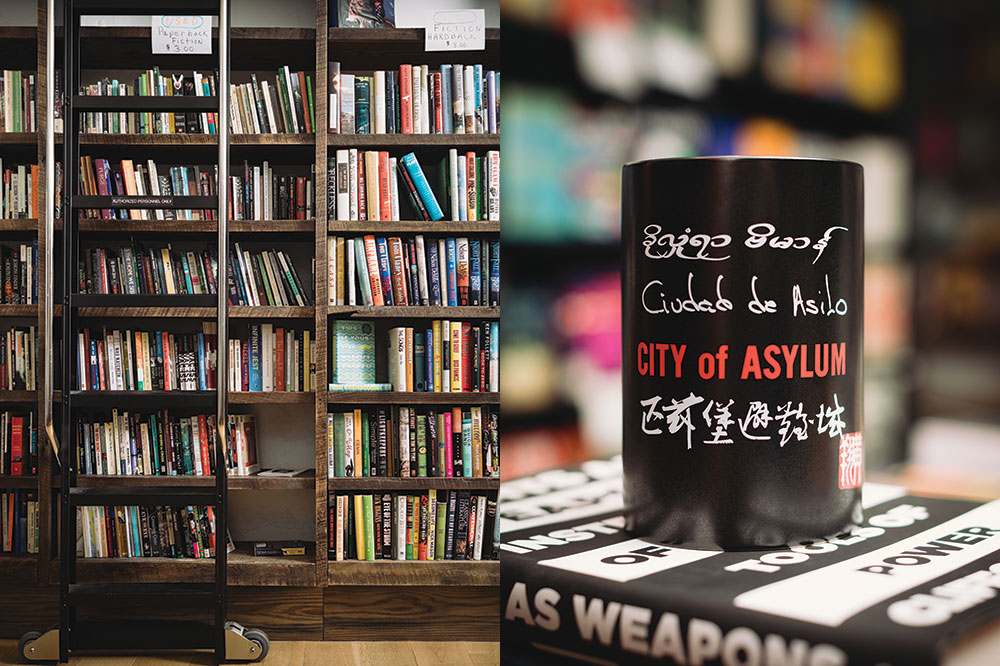 City of Asylum has long been a creative hub, founded to harbor writers in exile and now expanded to a performance space in the chic Alphabet City location that also houses Brugge on North. A bookstore fits right in. Run by Lesley Rains (formerly of East End Book Exchange in Bloomfield) since its 2017 opening, the store features near-ceiling-high shelves you can get lost in that include a wide selection of international and local authors and a robust children’s section carefully curated by the shop’s children’s bookseller Jennifer Kraar. “Definitely part of being City of Asylum — but also being a good bookstore — having a good sense of diversity and authors is really important,” Rains says. A number of programs (most of them free) take place throughout the year, including reading series such as Latinx and Proud and Art of Translation.
40 W. North Ave., North Side; 412/435-1112, cityofasylumbooks.org

Stop in and buy: “Girl, Woman, Other” by Bernardine Evaristo 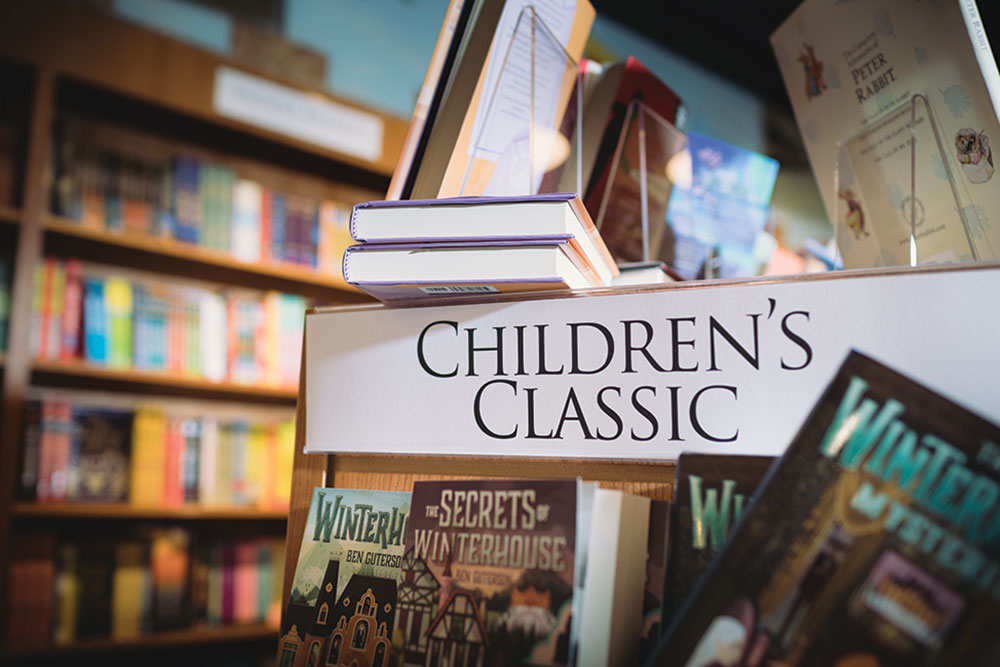 Opened in October 2017 in the North Hills, Riverstone Books is the second bookstore run by owner Barbara Jeremiah; her first is near her winter home in the U.S. Virgin Islands. “What bookstores can offer,” she says, is being “a living part of the community,” hosting book clubs, storytime events and author talks and signings; Riverstone has featured hometown writers and New York Times bestselling authors alike. Its collection is entirely curated; a member of staff has selected every title. “It’s our taste,” Jeremiah says. “It’s always evolving … I’m always going to have a wall of nonfiction because I think that’s a really important section in every bookstore.” The team responds to what sells, but additionally, “There are books that I just believe in that we’re going to have in the store,” Jeremiah says. Riverstone’s children’s section is loaded and whimsical; look for a corner painted to look like Hogwarts.
McCandless Crossing, 8850 Covenant Ave., McCandless; 412/366-1001, riverstonebookstore.com

Stop in and buy: “Lady Clementine” by Marie Benedict 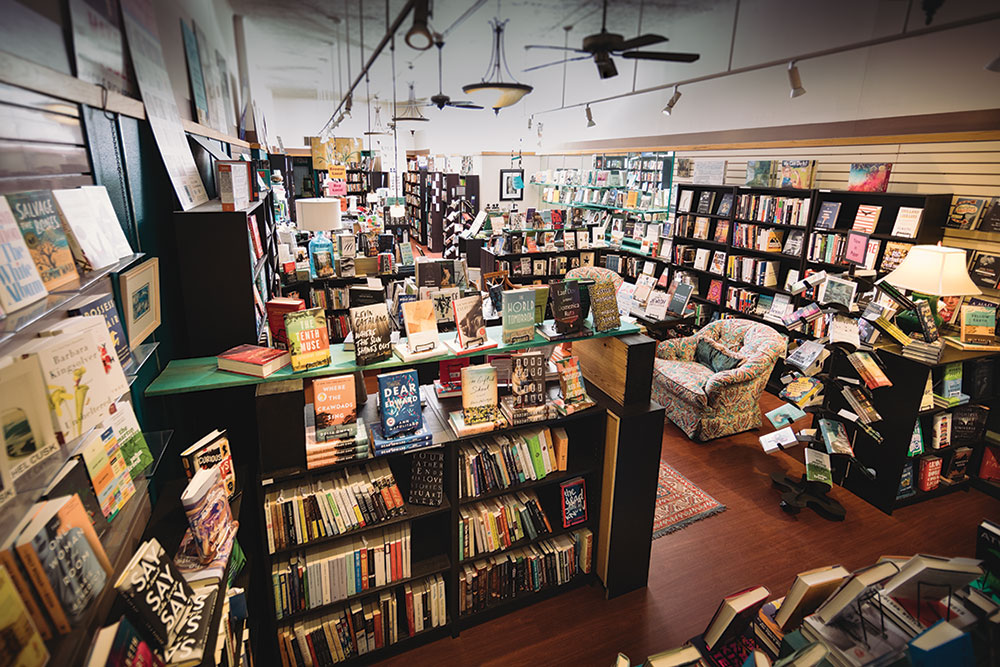 Retirement doesn’t look much like retirement for Dan Iddings. After a career in library science — most recently as director of the Pennsylvania Academic Library Consortium — Iddings tried retirement on for size and found it didn’t suit. After years spent considering it, he happened upon an available storefront in the heart of Squirrel Hill; Classic Lines opened in October 2014. “I think I have the best location in the city,” Iddings says. “Just in terms of foot traffic and being close to the readers.” His customers, which he says are mostly Squirrel Hill residents, have demonstrated an eagerness not merely to browse, but connect. “One of the things that surprised me the most … was the number of people who came in and didn’t have any idea what they wanted. They really were coming in for advice and recommendations.” Visit the cozy children’s section and look for a robust theater shelf.
5825 Forbes Ave., Squirrel Hill; 412/422-2220

Stop in and buy: “American Dirt” by Jeanine Cummins 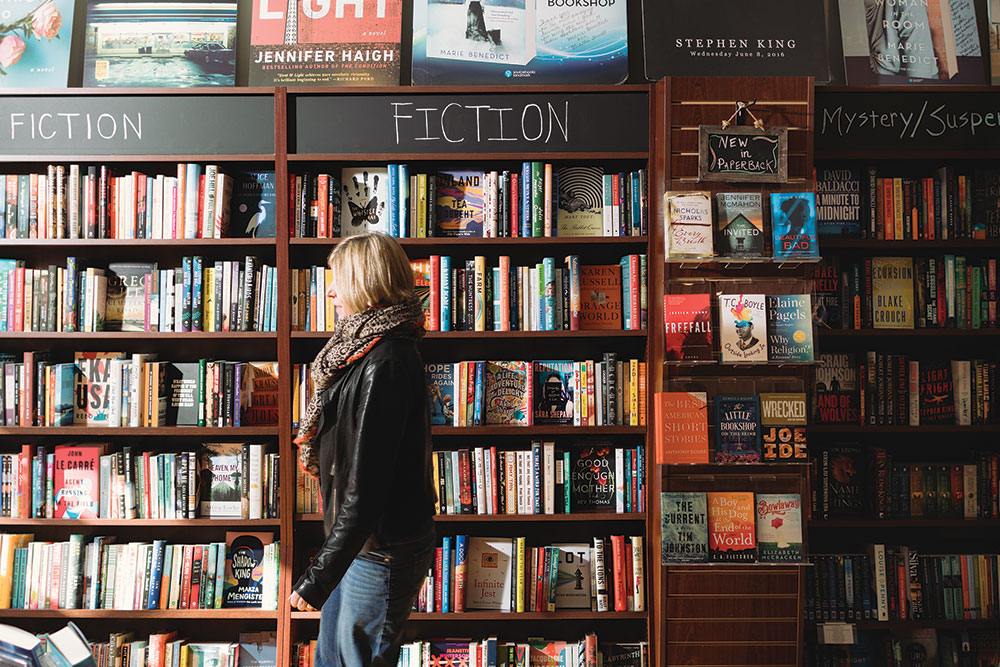 Every town needs a bookshop, and Sewickley has fought hard to keep one in town. Penguin Bookshop, established in 1929, has faced closure numerous times throughout its history. Its most recent brush with closure was in 2014, when owners Bud and Janet McDanel decided to retire. Susan Hans O’Connor, who worked at the shop at the time and has a background in publishing, took the reins and re-opened the store in its current location across the street. “I think that we have a uniquely charming town and space,” says O’Connor. “When you walk into the Penguin Bookshop it feels very welcoming. If you’re a book lover, it feels like you’re home.” The store has a cozy children’s corner, a good selection of local authors and a robust calendar of visiting authors (look for the blown-up cardboard covers of Stephen King and David Baldacci’s books from past visits).
417 Beaver St., Sewickley; 412/741-3838, penguinbookshop.com

Stop in and buy: “A Burning” by Megha Majumdar

This article appears in the March 2020 issue of Pittsburgh Magazine.
Categories: From the Magazine, Hot Reads, Things To Do