Foolproof Gardening in Pittsburgh: The Subscription That Eliminates the Guesswork 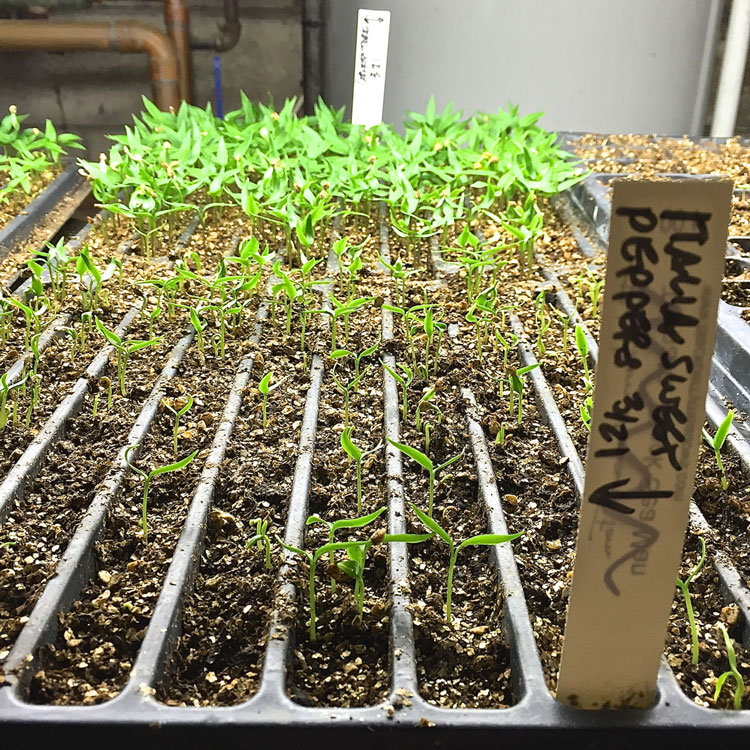 One of the most challenging parts of gardening is just to get the whole process moving. What seeds do I pick? When do I start them, and do I even have the space to get all of those little plants going? Oh no, a bunch of them died. When do I plant the survivors? It’s pretty easy to get discouraged if you’re not an experienced gardener or if you’re just really busy.

“We realized that if we could empower people to make it easy for them to garden, it would get a lot more people outside and growing,” says Greg Boulos, co-owner of Blackberry Meadows Farm.

His solution is a Garden Share, a form of Community Supported Agriculture, or CSA, that’s designed to do most of the hard work for you. Pay $150 for a subscription, and you’ll have enough food to keep you and quite a few other people happy through the entire western Pennsylvania growing season.

“We’ve taken away all of the questions of when to plant. We give you seeds and seedlings when it’s time for them to go into the ground,” he says.

Over the course of the season, subscribers will have the opportunity to grow more than 100 different kinds of plants, many of them from the Heirloom Seed Collective, a project started to protect and nurture flavorful old varieties such as the Hinkelhatz hot pepper and Bone Marrow squash. 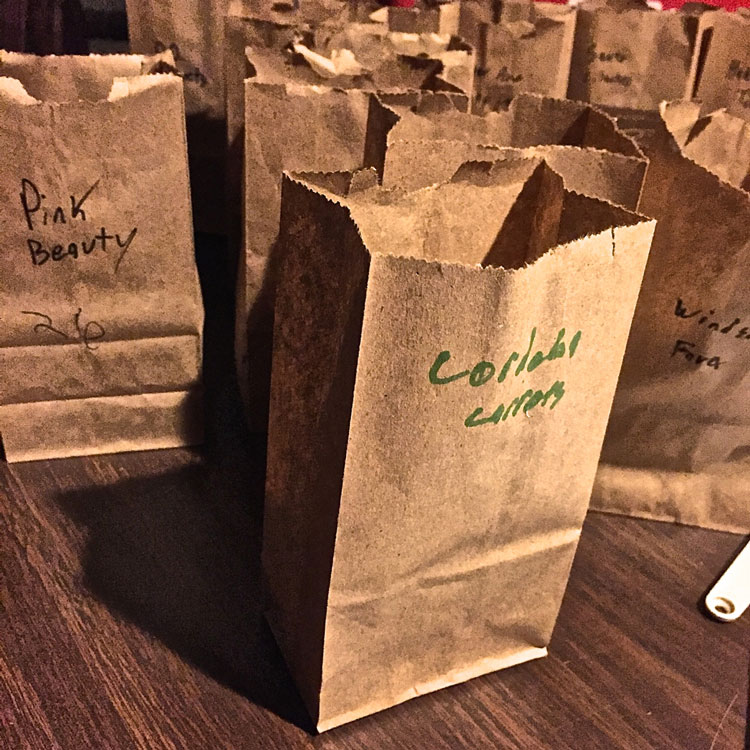 “Garden CSA members get to grow exactly the same things that we’re growing here on the farm,” Boulos says.

If it sounds as if you’re going to be growing a lot of food, that’s because you will be. The idea is to plant intensively, following a model based on Mel Bartholomew’s 1981 book “Square Foot Gardening.”

“He provides such a terrific primer. Even if you’re a beginner gardener, you’ll be able to pick up on this,” Boulos says.

He says Garden Share CSA members should dedicate at least 100 square feet of space to their gardens.

“Once your crop is done, all you have to do is work a bit of compost in and plug in the next one,” he says.

When I visited the farm on Tuesday, stacks of Pink Beauty radish, Cordoba carrots and other cool-weather, direct-to-the-ground seeds were sorted into small brown-paper bags for an early delivery. Plants that will be ready later this spring were beginning to sprout in the seed-starting area that’s warmed by the farmhouse furnace. In the greenhouse, one of the farm’s apprentices took Arcadia broccoli, orange chard and Westlander kale seedlings that are nearly ready for planting and arranged them into trays ready to be handed off to subscribers. 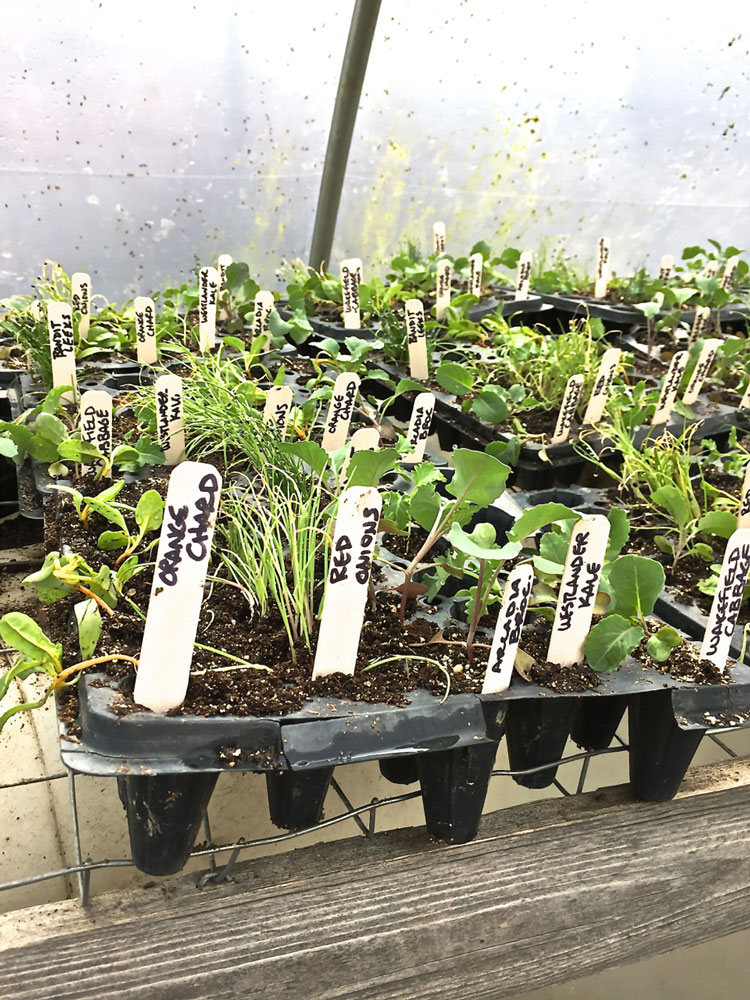 I love this idea for newer gardeners and especially for people running community garden spaces. An organization can purchase a share or two to feed its members and perhaps even — in accordance with applicable laws — sell some produce for extra profit.

For an experienced gardener, all of this planning, starting and planting is second nature and even somewhat fun. Sifting through seed catalogues to pick out new varieties is part of the ritual of anticipating a bountiful spring. As did many others in the area, I was outside on St. Patrick’s Day plugging peas into the cold soil. They just started poking their stalks up this morning.

Boulos says it’s not too late to get started with his Garden Share CSA, though if you’re subscribing now, you will miss out on a few early crops such as spinach. No matter, it’s still worth looking into if you’re interested in growing a big garden this year. If you want to start a little smaller, Garden Dreams Urban Farms and Nursery opens for the season Saturday, and the May Market at Phipps Conservatory and Botanical Gardens, running May 8-9, is a marvelous place to purchase individual seedlings.

I do hope you’ll all grow something this year. Gardening — and then eating what you grow — is one of the most rewarding ways to connect yourself to what's on your dinner plate. Give it a try. 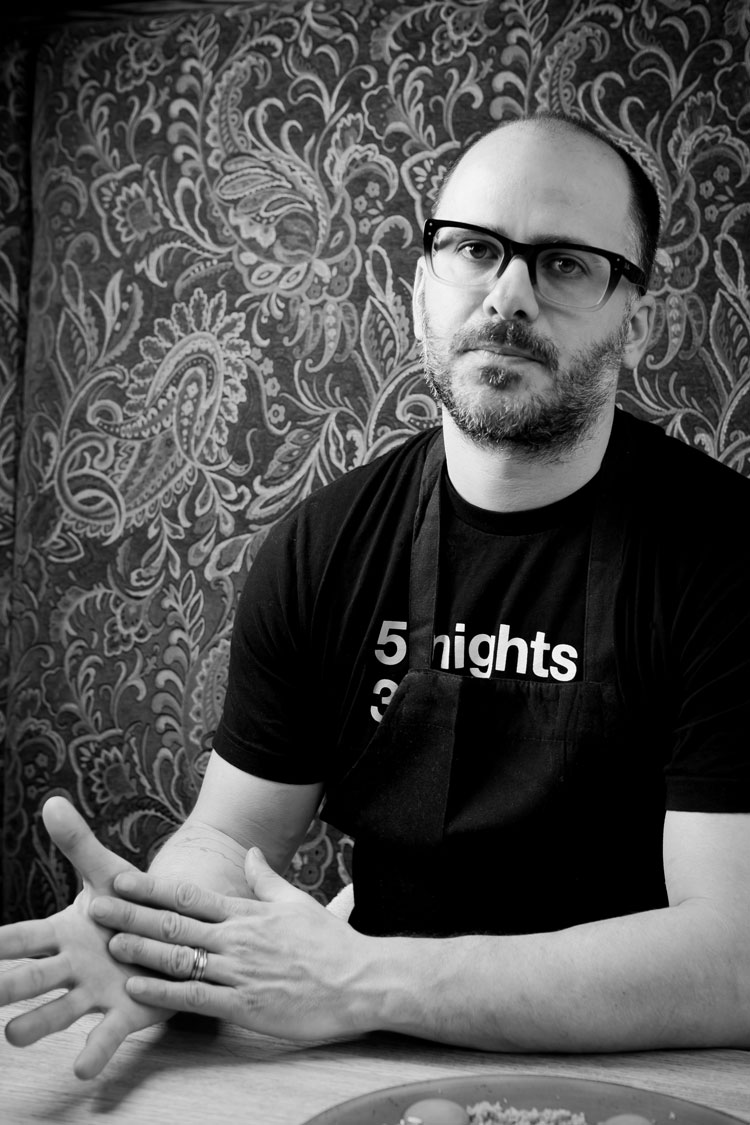 For the second year in a row, Food & Wine magazine named Justin Severino its People's Best New Chef: Mid-Atlantic. The chef/co-owner of Cure and the soon-to-open Morcilla often is praised for his work as an adept butcher and charcuterie master. The question is: Will he celebrate the same way he did in 2014? Guess we'll have to keep an eye on Twitter. Congratulations, chef!