Our dining critic gets an early peek at Pittsburgh's newest restaurant. 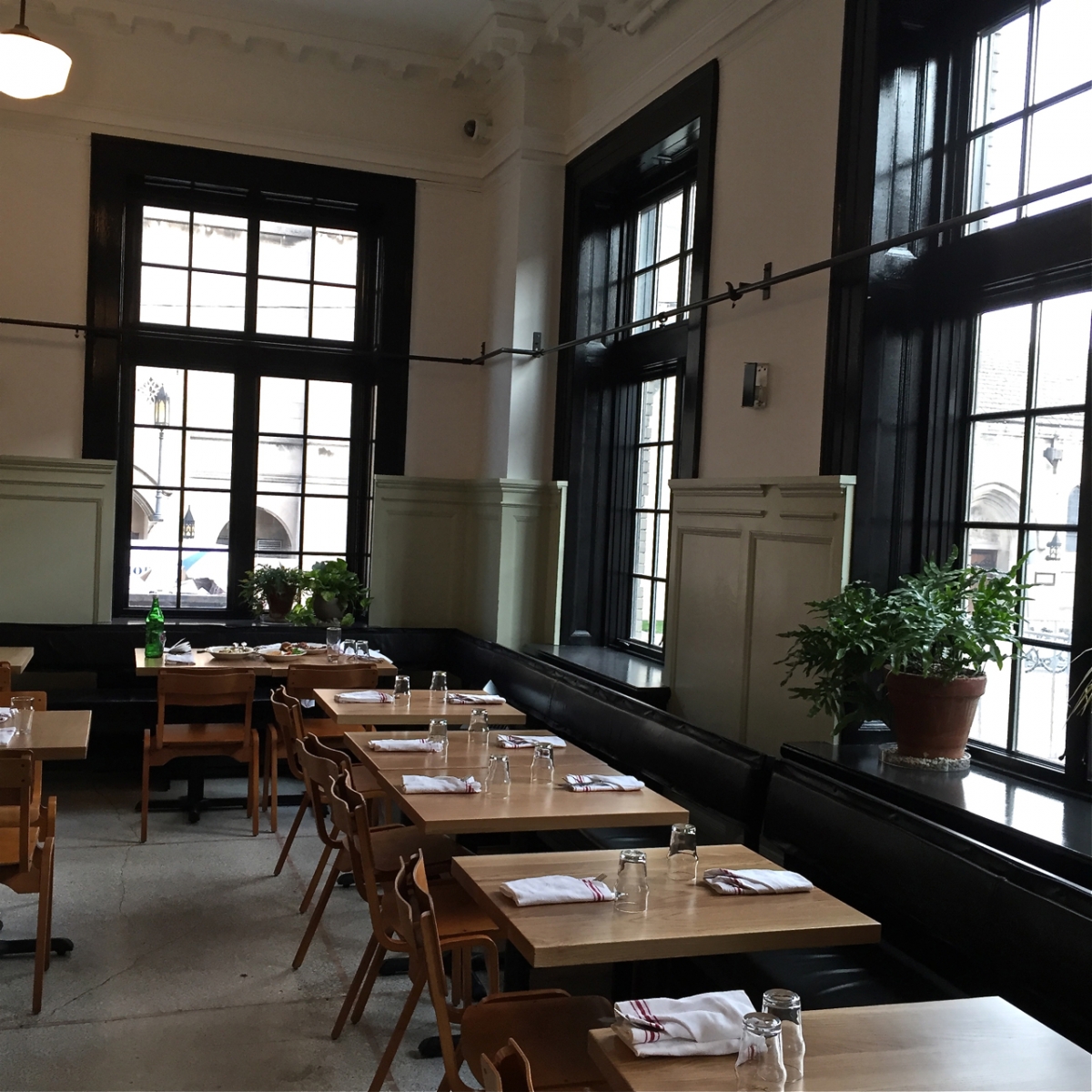 Whitfield, the restaurant at the new Ace Hotel in East Liberty, opened Friday. The eatery is a partnership between the boutique hotel chain and Brent Young, co-owner of The Meat Hook, The Meat Hook Sandwich Shop and Rippers in New York City and La Fama in Bogotá, Colombia.

Whitfield marks Young’s return to his hometown. He spent his high school and college years working in several Pittsburgh-area restaurants including Girasole and Tomato Pie Cafe. He’s met with critical acclaim for his projects in New York — the Meat Hook Sandwich Shop was the first sandwich shop to be awarded a star by The New York Times dining critic Pete Wells —  but he’s also had his eye on doing something in Pittsburgh for quite some time.

“I heard about the whole hotel thing happening [in Pittsburgh] and I hunted them down to talk to them about it. Then it was years of conversation of us getting to know each other,” he says.

Young developed Whitfield’s menus with executive chef Bethany Zozula, who moves to the restaurant after six years at Eleven Contemporary Kitchen in the Strip District; she was the Killer Kitchen restaurant’s executive sous chef for the last four years.

“The way to run a kitchen — that attention to detail, having a standard and making sure the everyone is on the same page with me — is the biggest thing I’m taking away from there,” Zozula says.

“It’s Chef Derek [Stevens, Eleven’s executive chef] and his standard. He was an amazing person to work with,” she adds. 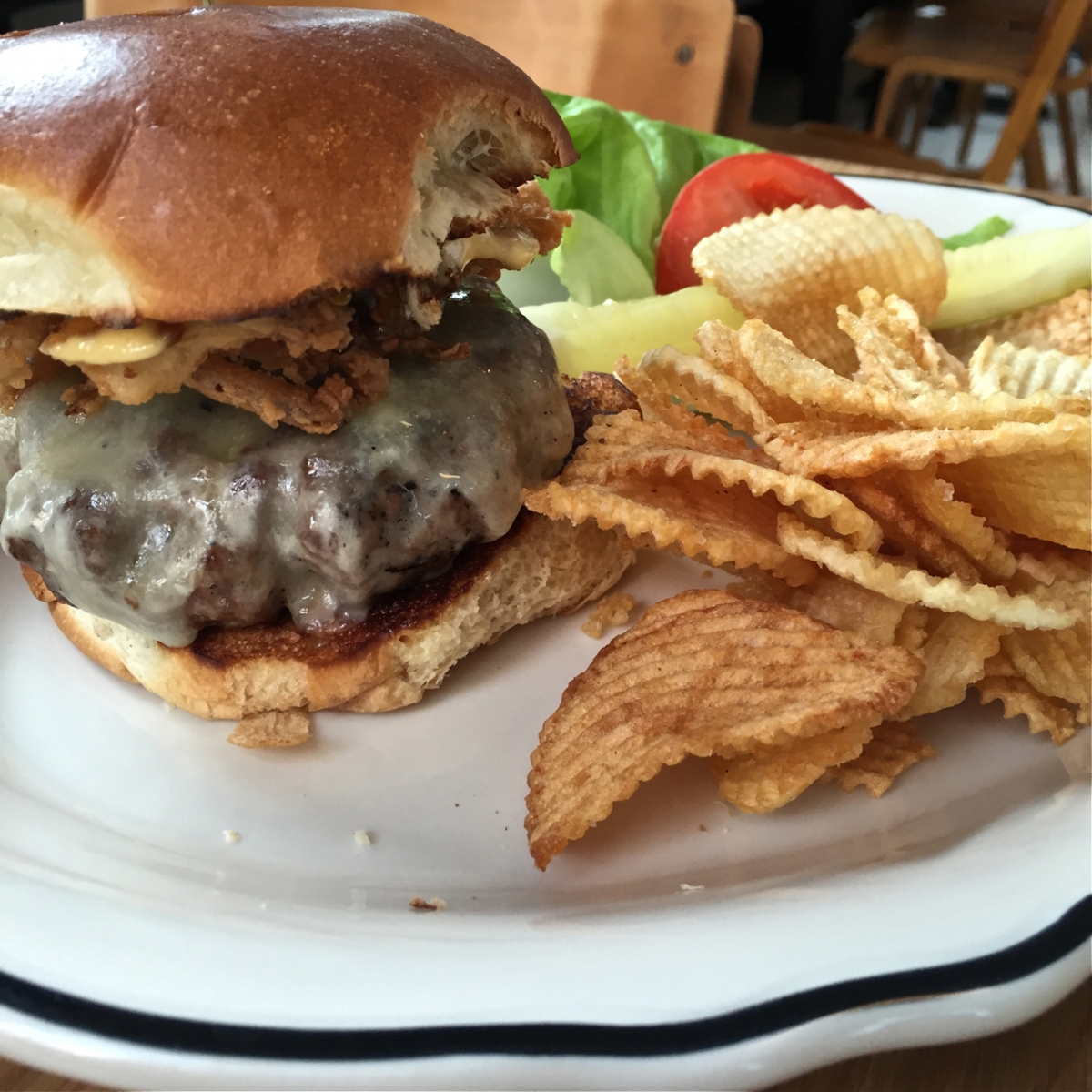 The combination of Young’s butchery pedigree and Zozula’s restaurant experience looks as if it’s going to be a promising pairing. Beef, sourced from Jubilee Hilltop Ranch, is at the core of Whitfield’s dinner menu. “I started talking to them over a year-and-a-half ago about this,” Young says. “What they’re doing there is amazing.”

There is a steak menu, where the most traditionally celebrated cuts of a cow (tenderloin, porterhouse, ribeye, T-Bone) are served family-style with a selection of sides and sauces. There’s also beef tartare and the Whitfield Cheeseburger (house-ground beef, pepper jam, cheddar, mustard mayo, crispy onions). The burger hit all of the right notes when I previewed it the other day. 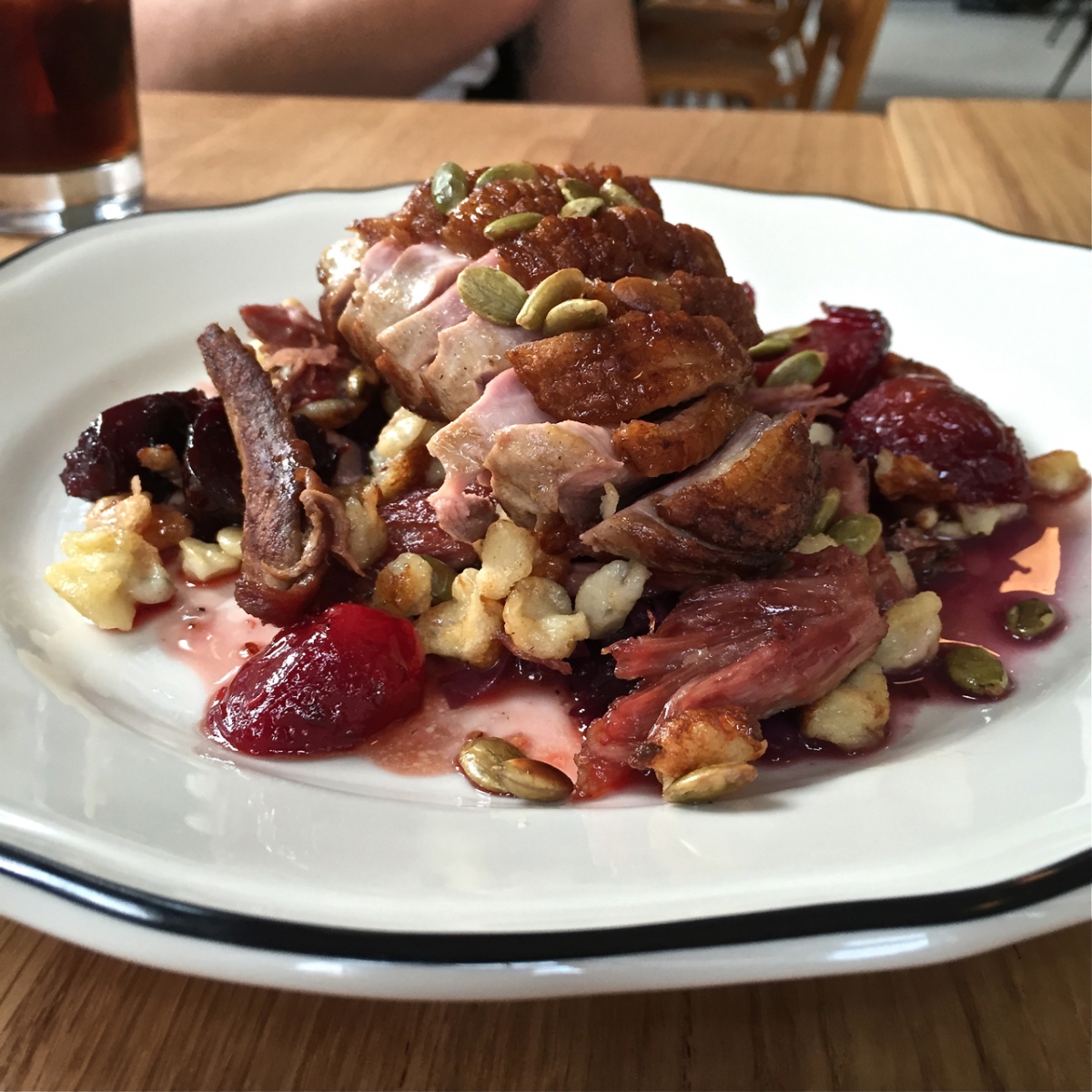 Other animals are well represented on the dinner menu, too. Vegetable-forward dishes, however, could do with a significantly stronger voice, especially in the entrees. I hope that will happen. Still, I’m stoked to see rabbit (red wine jus, pea shoots, roasted potatoes, butternut squash, rosemary) make an all-too-rare appearance on a Pittsburgh menu. I tried the roasted duck breast (confit, spatzle, honey beets, sweet and sour cabbage, pepitas); I suspect this dish is going to keep me warm on repeat visits this winter; the sweet and sour cabbage on the bottom of the plate is especially good. 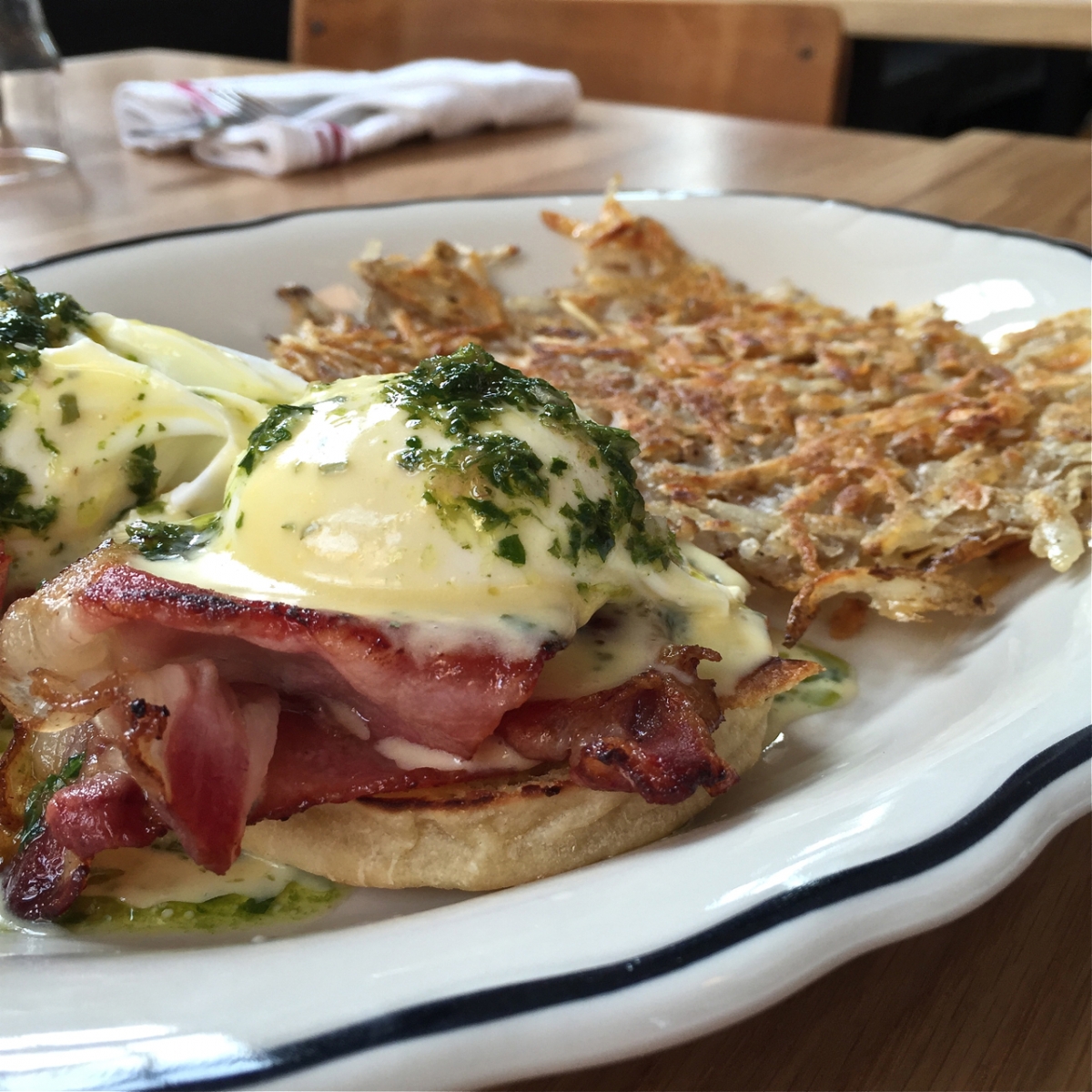 Brunch at Whitfield runs daily from 7 a.m. to 3 p.m., and that’s something to be excited about. There are traditional breakfast items of both the light and the heavy variety, sandwiches, salads and a couple of larger entrees including fish and chips.

Pittsburgh native Casey Shively returns from New York to run Whitfield’s pastry program. She’s coming home with an impressive resume: Shively most recently was the pastry sous chef at Michelin-star Del Posto and prior to that worked at Momofuku Ko, also a Michelin-star restaurant.

“I’ve been thinking about the dessert menu since July. I’m coming from a Michelin-star restaurant where everything had to be perfect. That taught me a lot of discipline, and I learned a ton of technique and how to find great flavor. Now I want to peel it back a step and make real food, things that my family would like. I wanted to be more classic with what what I was doing,” she says. 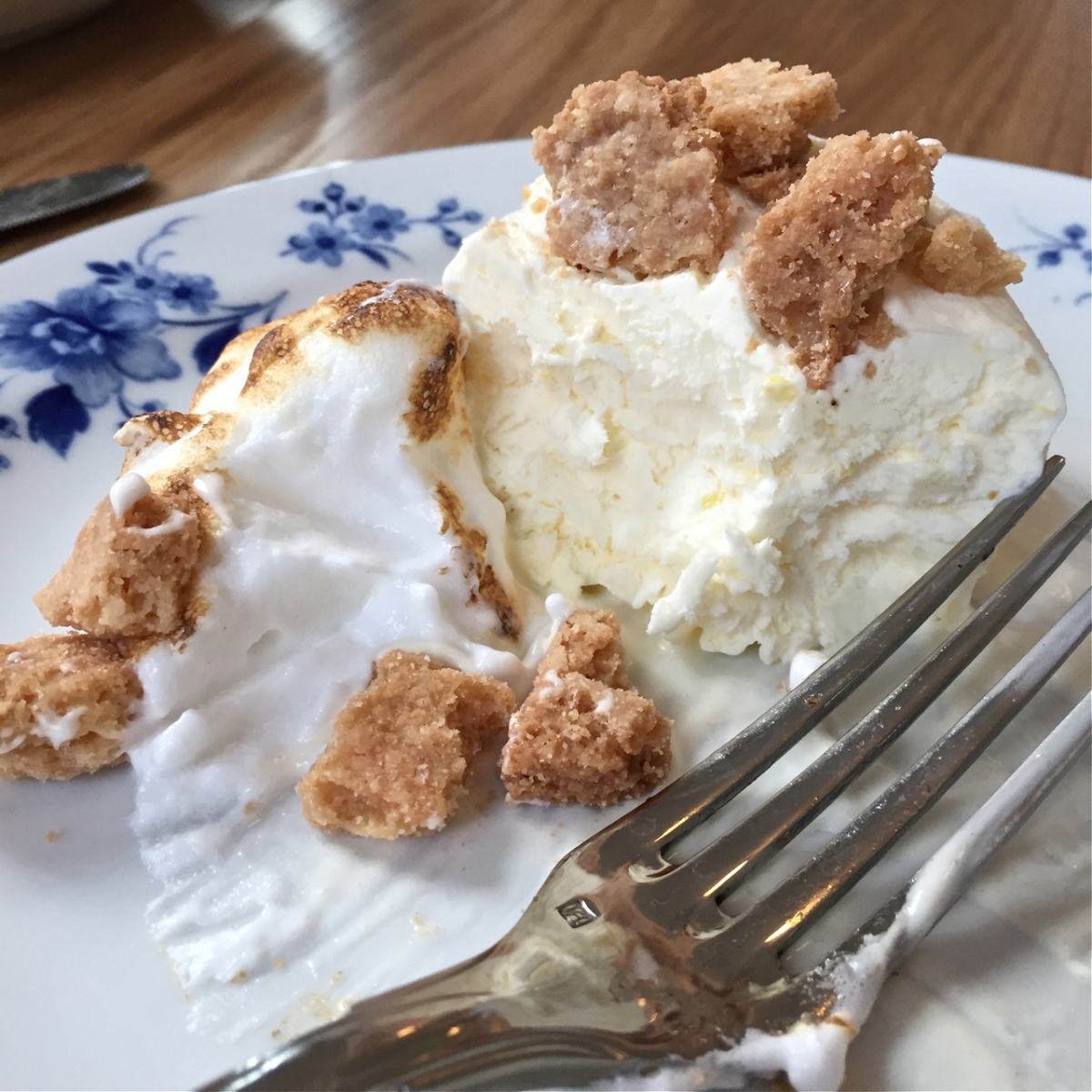 If the lemon mousse (shortbread, toasted meringue) I tried this week is any indication, it looks as if she’s going to do just that. It was tart, acidic, sweet and a touch bitter; all the flavors you’d want after an indulgent meal.

“You could be eating a lot of food, a lot of meat, so I wanted to make some desserts that were a little lighter and higher in acid to compliment that,” she says.

Also on the dessert menu are chocolate-covered cheesecake, Wigle Whiskey bread pudding, fried apples and olive oil-chocolate cake. “I thought about my childhood a lot when I was creating this menu. ‘What did I want to eat then that I still want to eat now?’ was something I asked myself a lot,” she says.

“This [Whitfield] is a culmination of a lot of people’s experiences. We want to be welcoming and approachable in as many ways as we can be,” Young says.

(Very) early indications are that it’s going to be.