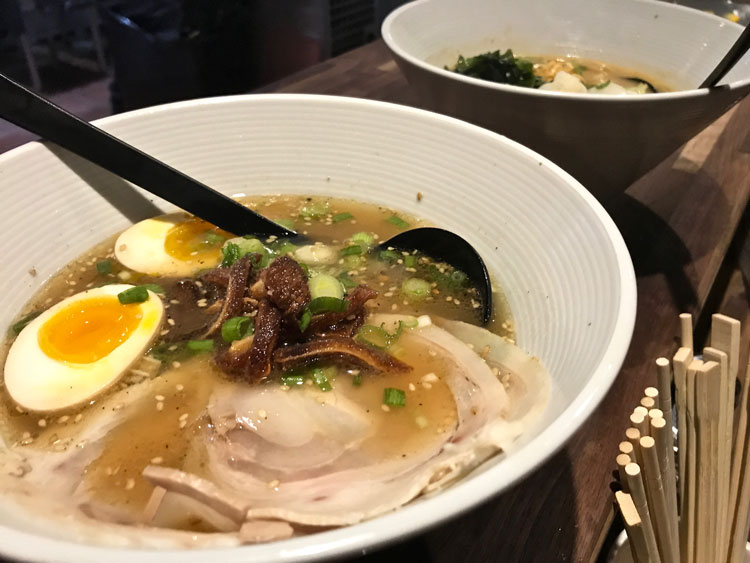 "I mentioned years ago [in Pittsburgh Magazine] that Pittsburgh needed a good ramen place. I remember saying if someone doesn't do it I'll do it myself,” Branduzzi says.

It turns out he didn’t have to do it alone. Li, another longtime Lower Lawrenceville chef, had similar plans. "I did a pop-up at Grapperia, and there was a line out the door the whole time. Dom had already been mentioning to me that he wanted to do a ramen shop. So we took it from there,” he says.

The two chefs decided to pair up, running a series of pop-ups at locations such as the former Salt of the Earth space (dubbed “Shio” for the event) and DiAnoia’s Eatery while they were working on the buildout of the Butler Street location.

"We'd bounce ideas off each other about what we wanted to do. We tested a lot of recipes at the popups. [Now] we're using what worked and we’re tweaking what wasn't exactly how we wanted it to be,” Branduzzi says. 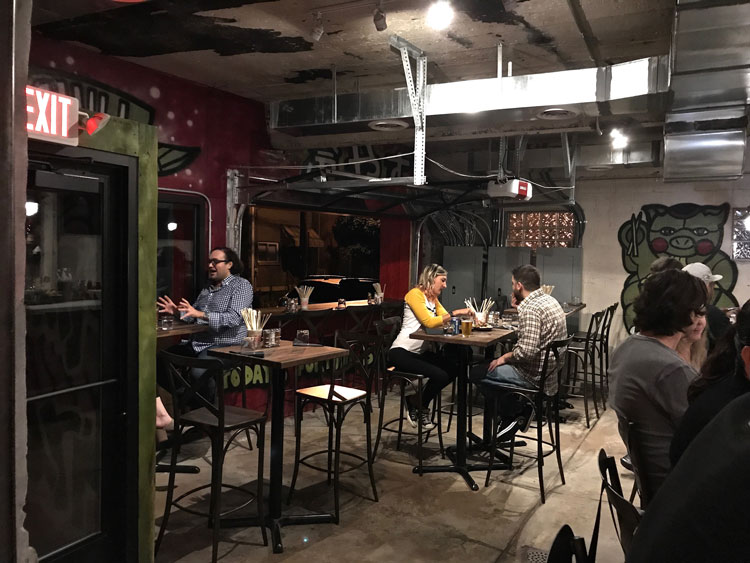 Ki Ramen is divided into three sections. Head upstairs to the small ramen bar if you want to feel like you’re part of the action; chairs face directly into the open kitchen. The high-ceilinged main dining room is breezy and comfortable, but it was too bright until finally someone wisely decided to dim the lights around 10:30 pm. The downstairs bar feels underground even though garage doors open onto 44th Street; Branduzzi says they will project films onto a large wall in that section.

At the center of every bowl is a helping of springy noodles that Branduzzi prepares in a Japanese-built Yamato Manufacturing noodle machine. "Having the noodle machine changes everything,” Li says, noting that most restaurants serve noodles manufactured by Sun Noodles.

"Why take shortcuts? Let's do this from scratch all the way through,” Branduzzi adds. 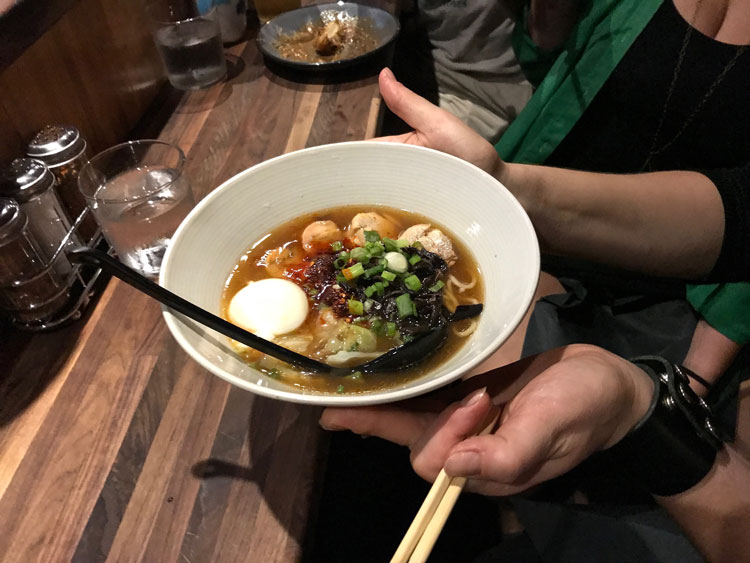 Ki Ramen offered three broth preparations (curry, shio and shoyu) on the night I visited, with three more (miso, spicy beef and dan-dan) to be rolled out soon. Soup dumplings and bao buns also will be added to the small selection of not-ramen dishes.

Curry ramen is my favorite of the current offerings. Lush with coconut milk, full of vegetables, buoyed by nori and enhanced with an add-on nori-chili butter-bomb, the vegetarian ramen a deeply satisfying bowl.

The other two ramens are solid and I suspect will get better as the flavor of their base stocks intensify over time. Li — who handles the broths — is working with master stocks for the pork-based shio and the chicken-based shoyu broths; peek toward the back of the kitchen, and you’ll see the two cauldrons set atop large burners. "These two [stoves] haven't shut off since we opened. We just add more bones, more water, more pig heads,” Li says. 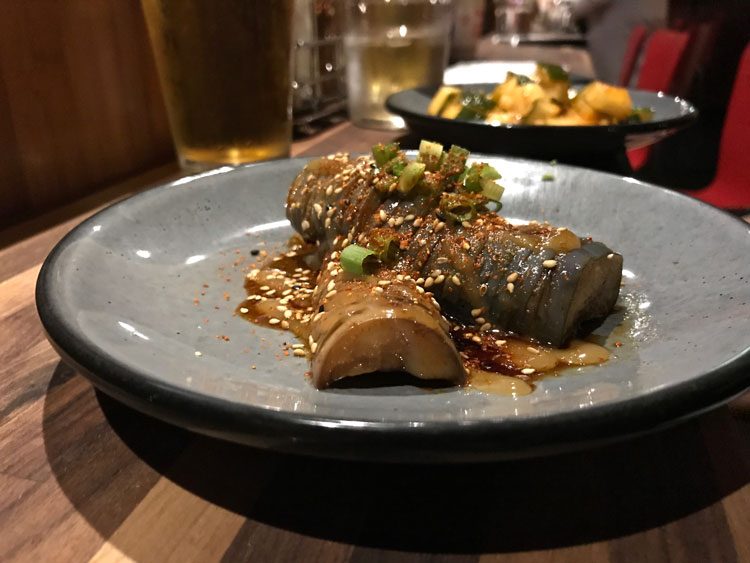 In the meantime, I suggest adding a few shakes of MSG from one of the three seasoning containers (shichimi togarashi and a four-pepper blend are the other two) on the table to help bring out the full flavor of the broths. Props to Ki Ramen for offering MSG shakers.

Li says that the restaurant will remain in a soft-open phase for the next couple of weeks as he and Branduzzi roll out the rest of the menu items and fill a few staffing needs. Lunch service will eventually be offered, and there’s a possibility of even later-night dining (the restaurant already serves until midnight every day it’s open) on the weekends.