What should diners expect at a restaurant that derives its name from an old idiom meaning hard to classify? 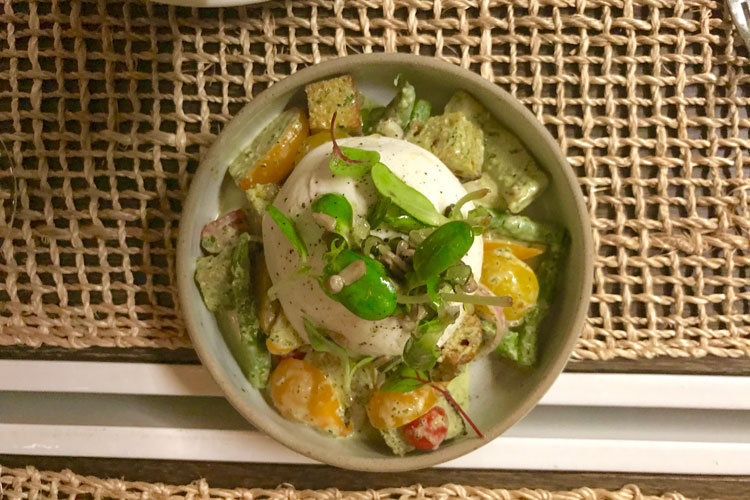 Fish nor Fowl, the sixth establishment from the Richard DeShantz Restaurant Group, is off to a strong start.
​
Pittsburghers who frequented 5523 Penn Ave. (count me among them) when it was Salt of the Earth might recall the giant slate chalkboard menu and otherwise minimalist composition of the space, particularly on the restaurant’s second floor. While building retains a familiar feel (as well as the restaurant’s signature first-floor communal tables), DeShantz, as is his trademark, puts his own stamp on things. "Salt was one of those restaurants that stood out in Pittsburgh. I wanted to embrace that,” he says.

Pulling inspiration from mid-century modern and contemporary Scandinavian design elements, the chef/owner of the DeShantz Group crafted a location that is convivial, welcoming and, particularly on the second floor, rather cozy.

The benches at the refurbished communal tables, for example, have been replaced with chairs that are well-spaced for private conversations yet connected enough, if you’re so inclined, to share a bite with your neighbors. A living wall plugged with verdant green plants grows where the chalkboard menu used to be. And DeShantz transformed the upstairs space, once a sort of penalty box for diners showing up late to a crowded restaurant, into a hygge wonderland, with fur throw blankets draped over the seats and a second bar enclosed in a glass shell overlooking the main dining room. 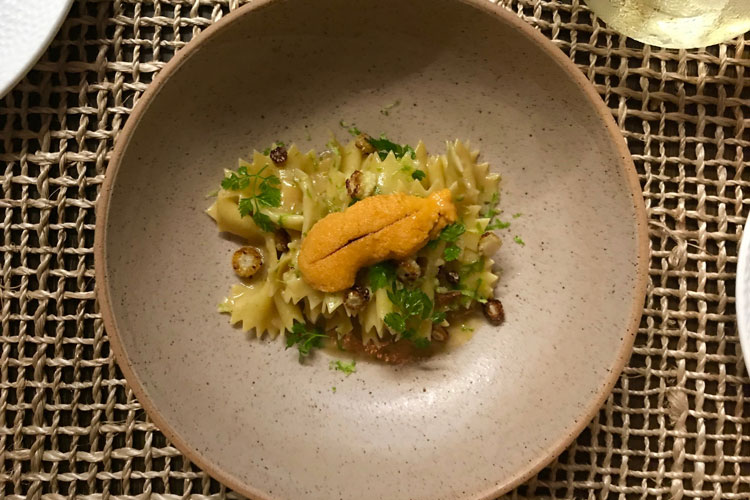 Executive chef/partner Dan Carlton first worked with DeShantz at Nine on Nine more than a decade ago, and for the last six years was the chef of Butcher and the Rye Downtown. He makes his mark in Garfield with an opening menu that blends familiar late-summer dishes such as panzanella with heirloom tomatoes, burrata and sunflower shoots with more boundary-pushing dishes such as sheep's milk gnudi with beef heart bolognese and beef liver bottarga.

It’s all part of a non-linear concept — the name Fish nor Fowl is derived from a 16th century idiom which, more-or-less, means something that’s hard to classify — organized into “Water,” “Field” and “Farm” rather than a typical menu framework; the dominant ingredient in each dish stands out in bold.

Within that loose framework, anything goes. "It's whatever Dan wants to do,” DeShantz says.

Carlton says that he plans on using off-cuts of meat but presenting them in formats that aren’t too confrontational to the typical diner. Once his culinary team grows comfortable in the space, he expects the menu will change fairly frequently. "It's a light environment. We don't want to make anything that seems too pretentious,” he says. 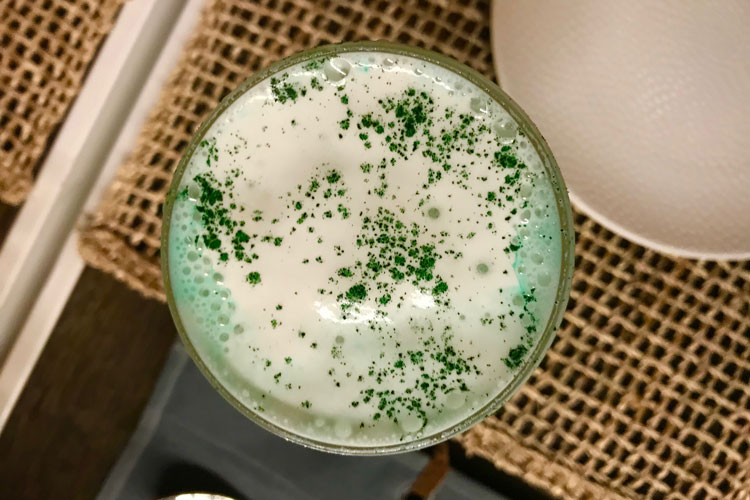 Longtime DeShantz barman Michael R. Anderson oversees Fish nor Fowl’s ambitious cocktail list, which features 16 drinks designed to pair with Carlton’s menu yet also stand drinkable on their own; do yourself a favor and get the saline, slightly smoky blue cocktail, which is far more quaffable than any blue cocktail has business being. Maggie Meskey, one of Pittsburgh’s first-rate front-of-house people, returns to her old stomping grounds, she for years was the bar manager at Salt, as the restaurant’s general manager.

All the right pieces seem to be in place for a second strong opening this year for DeShantz and company; Poulet Bleu in Lawrenceville is, to date, my favorite new restaurant of 2018. The challenge now is maintaining the standards among six restaurants, with a seventh, Gi-Jin, expected to open before the end of the year, while the entire city is trudging through a staffing crisis affecting both front and back of house.