First Look: Carmella's Plates and Pints in the South Side

With Executive Chef David Murphy at the helm of this cozy spot, our incoming restaurant critic thinks the place has great potential. 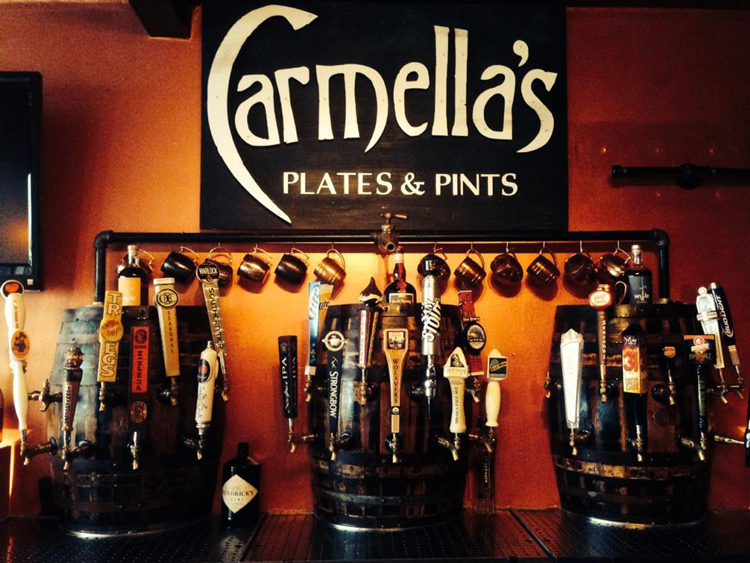 I stopped by Carmella’s Plates and Pints on East Carson Street last week, and the space is finally starting to fit the vision of owner Carmella Salem. Although it’s been open for a little over a year, the kitchen wasn’t ready to go until just a few weeks ago.

When I visited, it felt like Executive Chef David Murphy still was working through a lot of kinks in the menu. Murphy comes to Pittsburgh after working as a sous chef at Uchi, James Beard Award winner Tyson Cole’s modern-Japanese restaurant in Austin, TX.

The night of my visit there were a few small plates, salads and some fairly expensive large plates. Some dishes, such as the Flight of Soups, a cloyingly sweet gingerbread-ish concoction, didn’t work for me. The only thing traditional about my kale Caesar salad were the anchovies — but, despite the misleading name and a little too much dried kale, it was quite good. The Ants on a Log with pork belly and trotter was terrific. I thought it was overpriced at $26; management must have, too, because it’s now listed on the menu at $17.

In fact, it looks like there have been quite a few menu changes since I visited. I was bummed there weren’t many mid-sized, mid-priced plates. Now, though, there are quite a few of them. The lamb meatballs with curried tomatoes, housemade yogurt and harissa sounds especially enticing.

The bar program, developed by Justin Dickson, already is on the right track. This will be a really great place to get a cocktail, especially when Sean Enright, one of my favorite bartenders in the city, is working behind the bar. There are boatloads of whiskies offered, some of which are served from a tap. I think the whiskey tap looks cool, but I’m much more excited about selection than if the spirit comes from a bottle or a nozzle.

Carmella’s Plates and Pints has a lot of potential to become a go-to South Side destination. What once was the high-dive Inn-Termission Lounge now is a cozy, warm, terrifically designed space. Chef Murphy certainly has some serious pedigree — and a genuine artistic flair with his plating — so I expect that the menu is going to keep improving. It’s not quite there yet, but I’m still excited to go back for more.

Things I’m excited about this week: 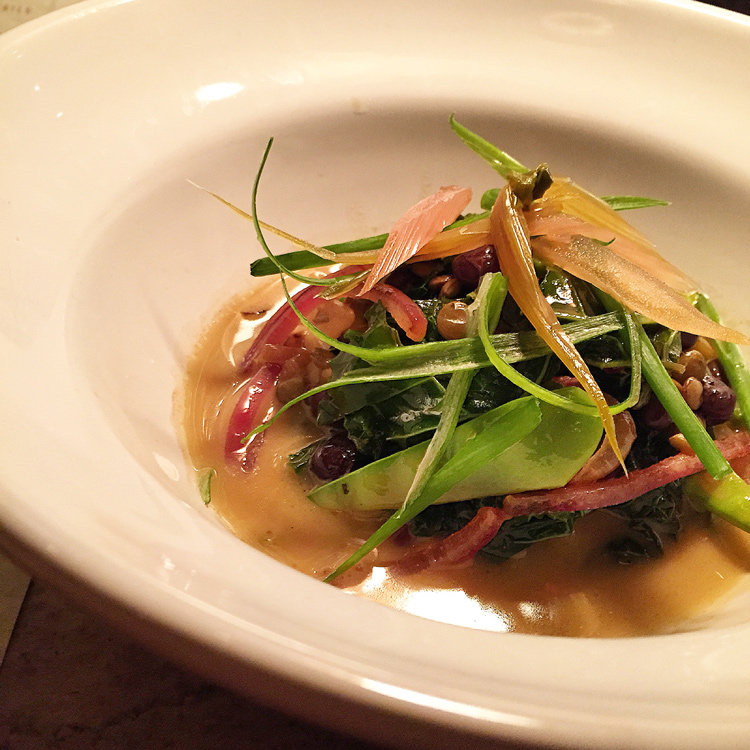 TENDER PHOTO BY HAL B. KLEIN

Winter greens at Tender: Tender Bar + Kitchen’s executive chef, Brian Little, is on a roll. One of my favorite bites this week was the bowl of braised greens with lentils and beans that I had while sitting at the bar the other night. This comforting, flavorful bowl is a perfect accompaniment to a cold winter night. A terrific Improved Holland gin cocktail, made by Craig Mrusek, one of our must-know bartenders, complemented the dish.

USBG leadership: Speaking of bartenders, The United States Bartender’s Guild election results are in, and Rob Hirst is set for another term as Pittsburgh’s chapter president. The guild is an educational and social organization dedicated to improving the craft of bartending. Our city’s chapter has seen exponential growth in both membership and educational opportunities under Hirst’s leadership. The rest of the leadership team is Nicole Battle (vice president), Heather Perkins (treasurer) and Wes Shonk (secretary).

Churchview Farm’s dinner series: Churchview Farm released the list of chefs for its third farm-dinner series. The dinners, during which the chefs feature produce from Tara Rockacy’s South Hills farm, have grown in popularity over the last few years; Justin Severino’s late-September dinner already is sold out. The series starts on June 6 with Dustin Gardner (Soba) and Bill Fuller (big Burrito). I’m especially looking forward to seeing Sherri and Dan Leiphart step out from behind the counter of Thin Man Sandwich Shop and return to their tableside roots.