First Look: Burgers and More at Fairlane in Mt. Lebanon

Chef/owners Graham Foster and Lauren Zanardelli bring comfortable cuisine with southern influences and a touch of Japan to this South Hills destination. 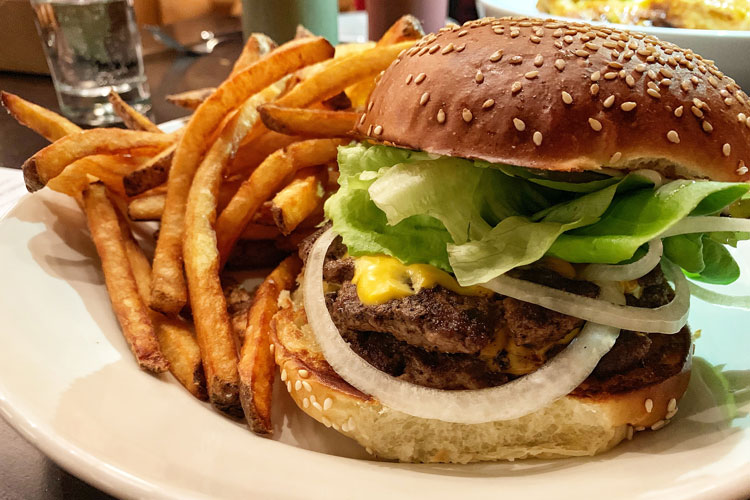 There’s a new restaurant, Fairlane in Mt. Lebanon, that serves one of the region’s most delicious burgers. So tasty, in fact, that its Diner Burger revived a craving for burger exploration that’s mostly been dormant since I ate an obscene amount of them while researching for a story I wrote about hamburgers in August 2017. At Fairlane, two thin patties are griddled and stacked, paired with tangy house-made pickles, crisp lettuce, onion, Duke's mayo and American cheese on a house-made brioche bun. It's an excellent example of how to take a diner-style burger and make it a better than what’s typical for its style (and also a rare case of someone making an outstanding house-made brioche bun that works for the burger it houses).

But Fairlane is much more than a burger joint.

Graham Foster and Lauren Zanardelli opened Fairlane in December in the space previously occupied by Block 292. The duo, both graduates of Johnson & Wales University in Greensboro, N.C., worked in New York City restaurants prior to returning to Foster’s native South Carolina. There, they operated a food truck called Neue Southern; they later moved to Portland, Oregon and ran Neue Southern there for a few years.

Zanardelli grew up in Bethel Park. She left Pittsburgh in 2006 but stayed connected to the city’s growing food scene via her mom, who send clippings of what was happening with Pittsburgh restaurants. "Whenever we came back to visit it seemed so different than when I left here. It seemed very exciting. So if we were going to put down roots and do something permanent, why not do it here,” she says. 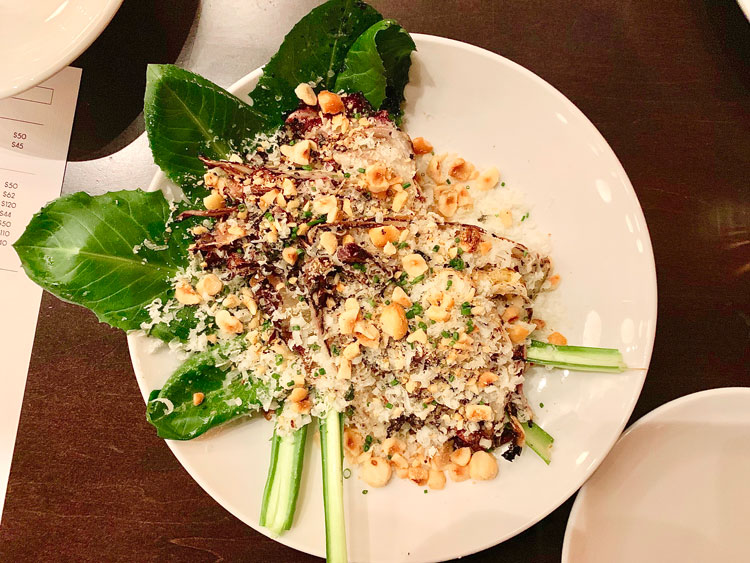 While planning their own restaurant, Foster worked as a chef at Bar Marco and Zanardelli at Block 292 and later at Dinette. After several rounds of discussion with Brooks Broadhurst, who still owns the Block 292 building, they decided to open Fairlane that space.

The one-page menu is approachable — yet elevated with some nice touches. Considering the quality of ingredients and the attention-to-detail in the dishes, it’s quite affordable, too; only a single item (braised lamb neck with pickled onions and herbs) cost more than $20 on a mid-January visit. Foster and Zanardelli draw heavily from southern cuisine, peppered with influences from Japan and the couple’s time in Portland.

Some of the dishes I had were memorable. Grilled winter lettuces featured the bitterness of one of winter’s top vegetables balanced with char from the grill, bright garlic vinaigrette, depth from Grana Padano cheese and nuttiness of hazelnuts. Umami fried Brussels sprouts, billed by a friend as "Number one stoner Brussels," was, as advertised, an umami explosion; Japanese mayo, house-made okonomi sauce and bonito flakes dressed the crispy cabbages. It was a lot of flavor, but it worked even as we got toward the final bites of the bowl. "If I had my eyes closed I feel like I could be eating a burger,” another friend said. 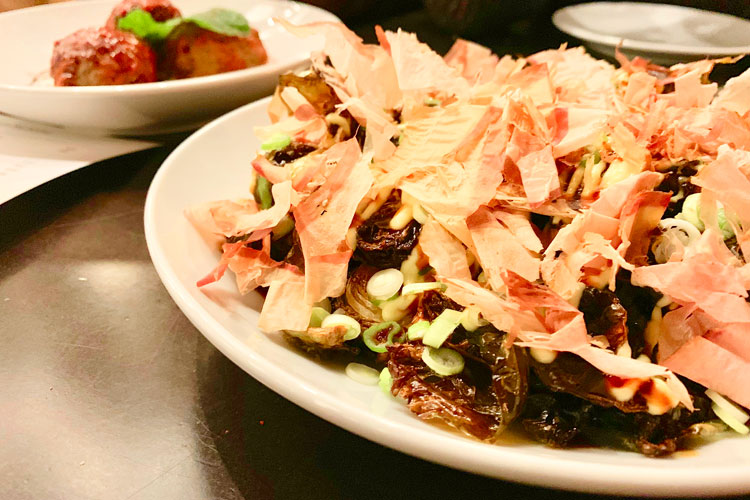 Foster and Zanardelli recently added an attached bottle shop in the space that once served at the Block 292 butcher shop. Their focus is on stocking non-listed items that aren’t found in grocery stores or PLCB shops. The goal is to have a selection of 80 to 100 bottles of wine and, Foster says, "a lot of beer." Don’t overlook the cocktail program in the restaurant, either. Chai Felicia with bourbon, chai simple, lemon juice and egg white had a balanced flavor, was beautiful to look at and had a heady aroma from the cinnamon.

Here’s what I like the most about Fairlane — it’s trying hard without trying too hard. I’m looking forward to seeing Foster and Zanardelli develop their restaurant. They clearly are cooking with perspective and seem to have an eye for what works and what doesn’t; Fairlane has the potential to become a go-to South Hills destination. In the shorter term, I’m also looking forward to going, very soon, to their twice-weekly (Monday and Saturday) fried chicken night.