The couple behind one of 2014’s most buzzworthy videos revisit their internet-breaking proposal and — and their recent wedding.

If you remember the Pittsburgh Zoo penguin-proposal couple, you’re probably not alone. The stars of the video, Casey and Mitch Fowkes, were the talk of the town (and the internet) in 2014 when Mitch proposed to Casey with the help of a penguin from the Pittsburgh Zoo & PPG Aquarium and caught it all on tape.

The video made by ShoFilms, which has since amassed more than 300,792 views on YouTube alone, was picked up by news outlets all over the country, including People Magazine. It made the couple instant internet stars, and it made penguin lovers all over the world jealous.

“I came back to work after vacation and I hadn’t told anyone at work and one of my teammates said, ‘Did I just see you on Yahoo News? Are you engaged with a penguin?’” Casey, a sales recruiter for ADP, Inc., says with a laugh.

The couple, who live in Beechview and are expecting their first child, never expected the video to become so popular. Nor was Casey expecting such an elaborate proposal.

“He didn’t have to do all that. I just wanted Mitch, but it sure was fun and I can’t believe that he did all that for me,” Casey says.

For Mitch, the owner of Steel City Billboards, the proposal was about making something that Casey would remember. Instead, his proposal became a social-media phenomenon. 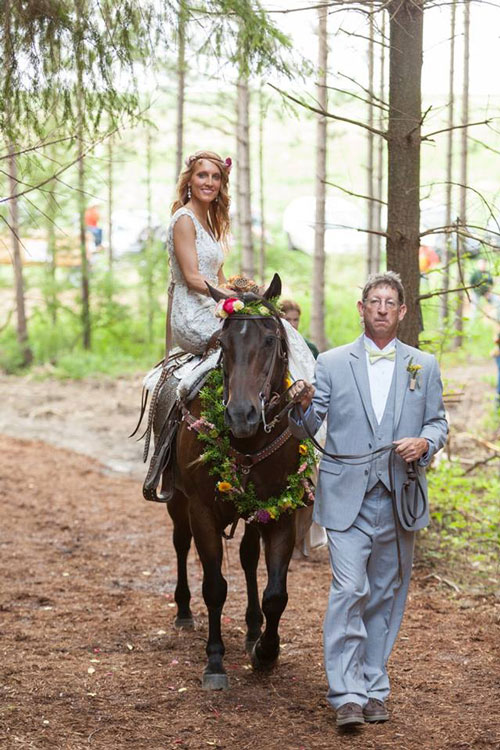 “It was super humbling seeing and hearing all the comments on the different websites and how so many people reached out to tell us how great of a story it was,” says Mitch, 29.

The couple wed on July 18, 2015 at an outdoor ceremony at Horizon View Farms in Somerset. There were no penguins present, but Casey did ride into the ceremony on a horse.

The first to do so at the farm, Casey, 31, was slightly worried about falling off her steed or tearing her dress. She decided to go for it anyway, and she asked her friends to laugh if it happened.

Before Casey made it to her guests, the horse bucked her off its back. Somehow Casey landed on her feet and avoided falling face-first into the mud. 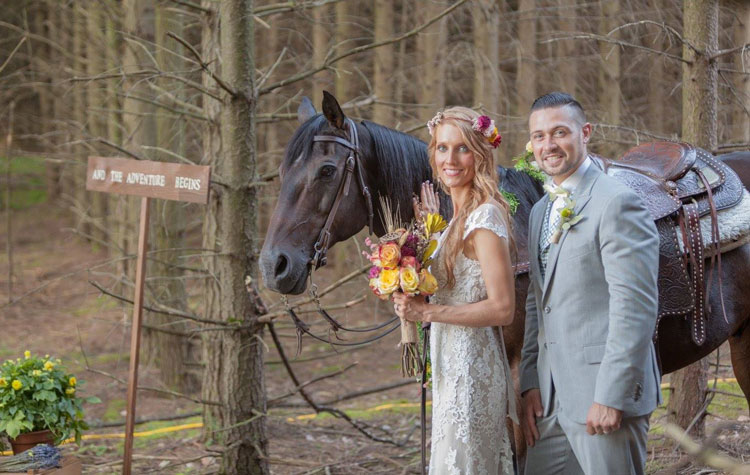 “The horse was fine after that, and it worked out perfectly,” she says. “He got extra banana and peanut butter treats, which made him very happy.”

Although rain on a wedding day is supposed to be lucky, Mitch and Casey felt even luckier that the rainstorm forecasted for the day of their outdoor, DIY and woodsy wedding held off.

Casey’s father made a wooden cross, while Casey made the headpieces and bouquets for she and her bridesmaids. In addition to other things, Casey and Mitch created their own flower arrangements by purchasing potted plants and hanging baskets from their local nursery.

The couple wanted to keep the day flowing and focus on their guests. They decided against a garter toss, bouquet toss and cake-cutting (they had three different dessert options instead,) and had a caricature artist and crossword puzzle in their scroll programs. 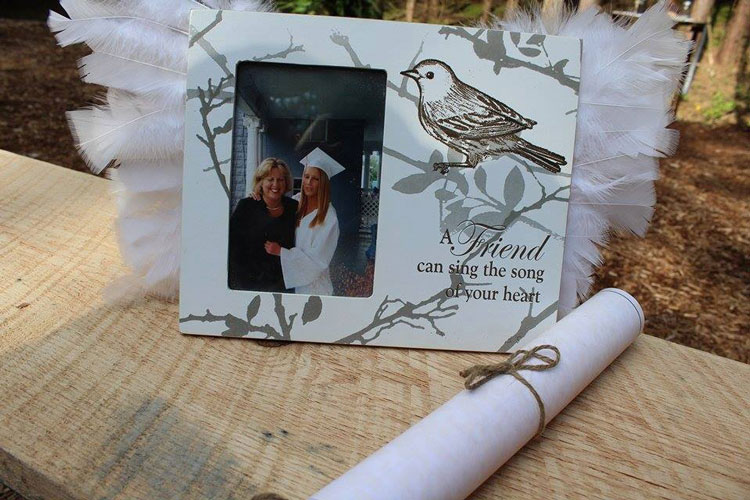 Casey, whose mother passed away a couple years before the wedding, placed wings on a framed picture of her mother and herself and placed it on the bench next to her father. Mitch wore cufflinks that bore his grandfathers’ pictures, a gift Casey gave to him during their rehearsal dinner.

“That was very special to me [because] they are both deceased and [were] huge role models in my life,” Mitch says.

The couple also wrote their vows to each other. Instead of lighting unity candles, they brought dirt from their childhood homes and planted a seed from Mitch’s grandfather’s tree, which they intend to grow in their yard.

“Overall, we had a blast with everyone,” Casey said. “It was hot and everyone was sweaty, but it was a warm summer night under the stars on a farm.” 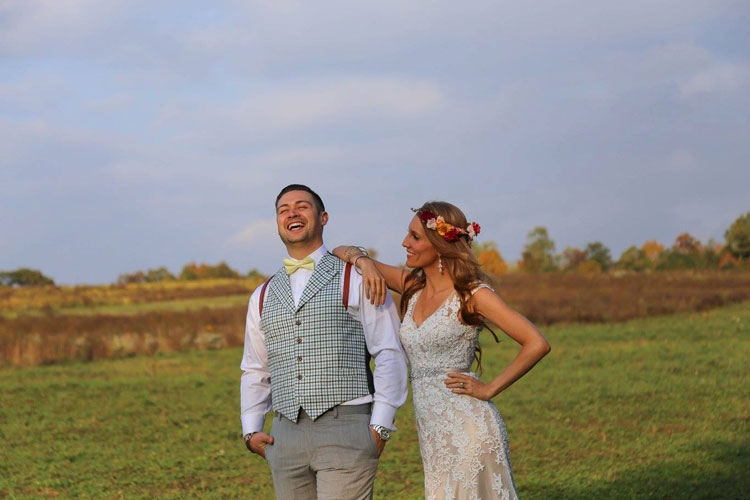 PHOTO BY PHOTOS BY JOYCE

Editor’s Note: This article was updated from its original publication in February of 2016.