The third iteration of the series will feature chef J.J. Johnson, formerly of The Cecil and Minton's Supper Club in Harlem. 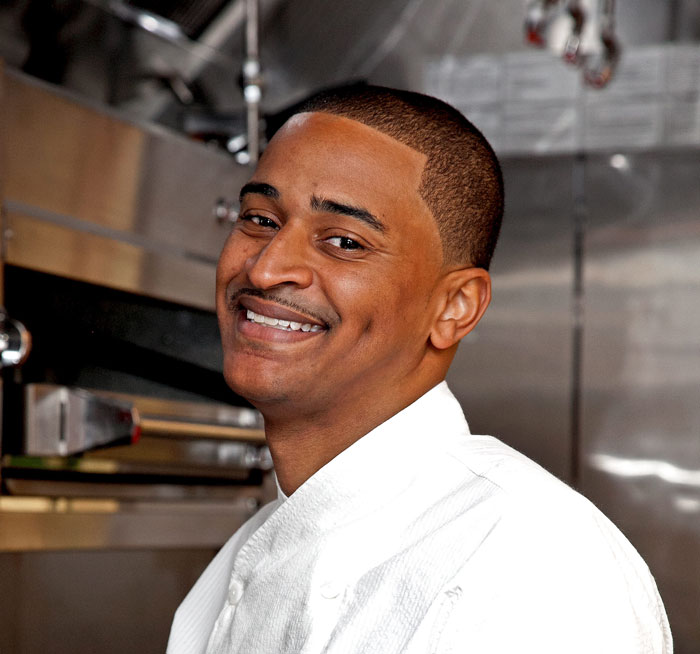 The third iteration of the Carnegie Museum of Art’s “Feast” series is set for September.

J.J. Johnson, a nationally lauded chef who most recently was executive chef of The Cecil and Minton’s Supper Club in Harlem, will prepare a multi-course dinner tied to “20/20: The Studio Museum in Harlem and Carnegie Museum of Art,” a special exhibit which runs through December.

“They came to me about a year ago and said they were interested in my food and how it relates to this exhibit they are putting together,” Johnson says.

20/20 is a group exhibition featuring 20 artists from the collection of The Studio Museum in Harlem and 20 from the CMOA. “It’s a conversation between artists about ideas of identity, political and social justice. The point isn’t to learn something about art through the ages, it’s to encounter the art together and have conversations with people around you,” says Jonathan Gaugler, the CMOA’s media relations manager. 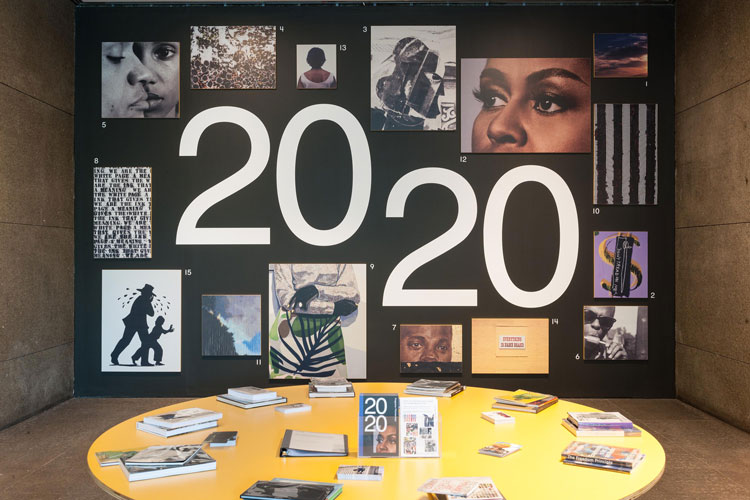 “You look at someone like JJ, and it’s a similar thing. He’s looking at how cultures converse and how cultures move throughout the world,” he adds.

Johnson is a graduate of the Culinary Institute of America who worked in kitchens in New York and Ghana before in 2013 opening The Cecil; the acclaimed Harlem restaurant focused on Afro-Asian cuisine. Johnson soon also took the reins in the kitchen of the adjacent space, Minton’s, a legendary playhouse, jazz venue and supper club. New York Times dining critic Pete Wells lauded Johnson’s Lowcountry gumbo in a Nov. 2015 review.

“The type of food I cook is pulled from history and moments from around the world. It’s not what you learn in culinary school. It’s from if you come up a certain way or spend enough time somewhere to understand it,” Johnson says. 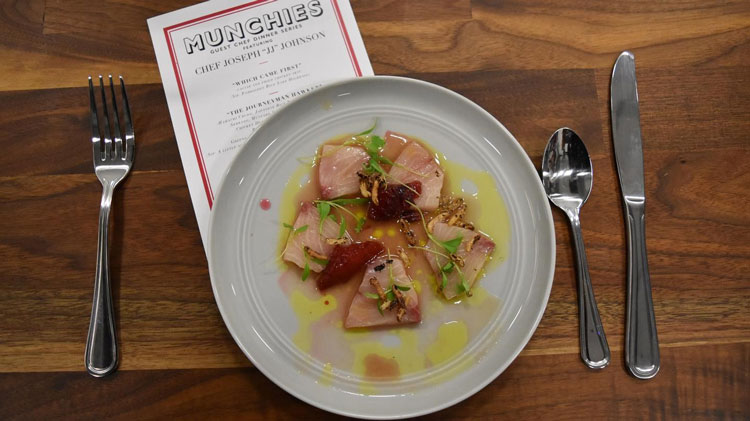 Johnson says that the menu for the feast will focus on the food of the African diaspora as well as touch on the cuisine of Asia with dishes such as puff-grain salad, “Radish. Coconut. Candy Peanuts.” and sake-braised lamb shoulder. Communal plates of King-crab fried rice are expected to be the heart of the meal; Johnson says he’s still deciding which regionally specific heirloom rice to use from the dish.

“My [culinary] focus right now is rice and how rice is culture. Rice is at the center of the table no matter the color of your skin,” he says.

Feast 20/20 takes place September 29 in the museum's Hall of Sculpture.