Favorite Pittsburgh Duos Square Off for a Game Night

The “Valentine Tardy YaJagoff! Party” is a virtual game show for a good cause. 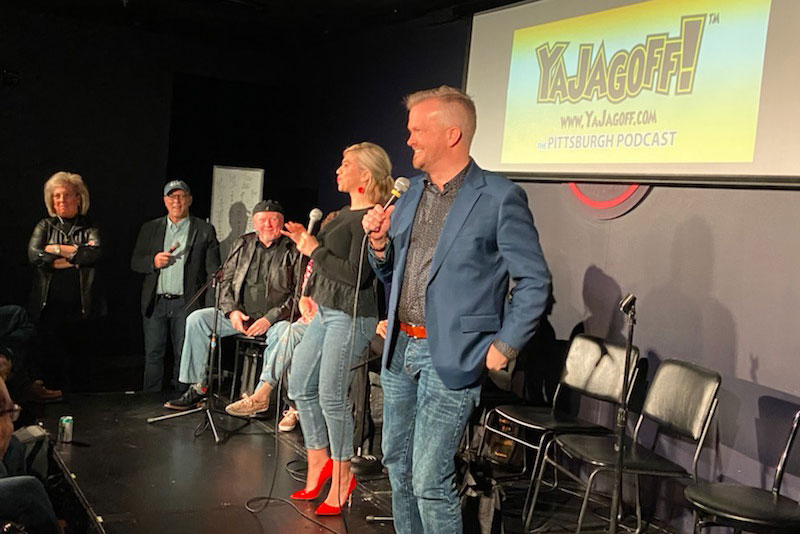 Missing game night? This Saturday, you can sit in on a few rounds of fun featuring some Pittsburgh all-stars for a good cause.

The third annual “Valentine Tardy YaJagoff! Party” pits notable ’Burghers against one another in games such as Pittsburgh trivia, “Name That Tune” and a game show-style “Who Knows Who The Best” competition. The event, which will be held virtually this year on the YaJagoff! Facebook page, will benefit a charity of the winner’s choosing.

Rachael Rennebeck, owner and managing partner of the YaJagoff! media network, says the event is “a unique way to showcase the amazing people we have in Pittsburgh” while doing some good in the process. YaJagoff!, best known for its podcast and long-running blog, hosted the first two events in-person before converting to the digital format this year.

While Valentine’s Day is traditionally associated with romantic partners, Rennebeck says expanding the slate of duos to family members and even co-workers demonstrates “that love is shown with more than couples.” She adds that “Pittsburgh Today Live” co-hosts Heather Abraham and David Highfield — who were fond of synchronized dance routines as part of the show — were a force to be reckoned with in years past, but with them out of this year’s lineup, it’s anybody’s game.

Local businesses will sponsor the proceedings with donated funds for the winning charity; while it’s a fundraiser, the money comes from those contributions, not viewers. Past beneficiaries include the Greater Pittsburgh Community Food Bank, Greensburg-based nonprofit Zachary’s Mission and KDKA’s annual Turkey Fund.

The event, which will also be recorded for a future episode of the YaJagoff! Podcast, kicks off at 7 p.m. Saturday on Facebook Live.