The study by the University of Pittsburgh researchers found that “emotions really do seem to matter in the spread of fake news.” 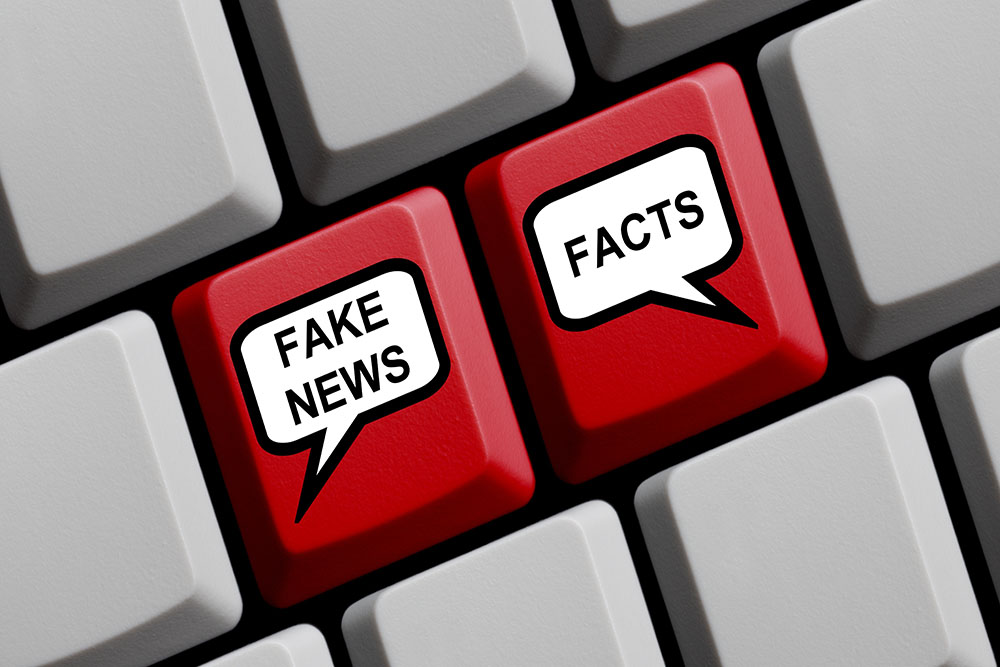 As the country reflects upon the one-year anniversary of the attempted insurrection at the U.S. Capitol on Jan. 6, 2021, a new study from the University of Pittsburgh aims to understand how emotions fuel the kind of fake news that brought more than 2,000 people to D.C. to avenge the theft of an election that was not actually stolen.

The study, led by a Pitt father-daughter duo Christy Galletta Horner and Dennis Galletta, looks into how people’s emotions are sparked by false political headlines — and how their reactions determine whether they spread that misinformation by sharing those stories with others.

“Emotions do really seem to matter in terms of the spread of fake news,” said Galletta Horner, now an assistant professor at Bowling Green State University in Ohio and the study’s lead author, in a release. “Emotions get ignored a lot in research, and I think in this case that could be a mistake.”

According to the study’s abstract, the economics of emotion theory proposes that fake news headlines are created to evoke emotional responses in readers that will cause them to interact with the article in a way that allows the creator to make a profit, largely through clicks. In other words, the stronger the emotional response to the headline, the more likely someone is to share it, and the more someone shares it, the more money its creator makes.

The study used a mixed-methods approach to better understand the process by which individuals experience emotional reactions to fake news headlines.

During the 2020 election season, the team presented 879 participants with online surveys and showed them one of eight fake news headlines that covered topics from political scandals to candidate health concerns and implicated either Joe Biden or Donald Trump. The survey asked whether they would share the headline or share opposing information, as well as how it made them feel. They found that for the most part, participants fell into three groups.

The first was the most likely to say they would share the fake news headlines.

“That’s a group that’s just high on all emotions, this set of people we called ‘hot,’” said Galletta, co-author, professor of business administration at Pitt’s Joseph M. Katz Graduate School of Business. “So we can’t just say anger drives it all, or happiness drives it all. It really depends.”

The researchers called the second group “upset” users. This group had a mostly negative response to seeing the headlines. But the majority of participants fell into the “cold” group, which were less likely to share anything at all.

Participants’ political affiliations affected how they responded, too; folks were more likely to share negative headlines about an opposing party. But the researchers also found differences specific to political parties.

“Independents seem to be the most skeptical of all, and Republicans believed the fake headlines more, even if they were about Trump,” said Galletta.

The researchers noted, however, that participants were recruited online and weren’t necessarily representative of the political makeup of the U.S.

In the abstract of the study, the researchers explain that the core of the problem resides within the ease with which people can access or create fake news. Equipment, software and platforms to create and distribute these media have all contributed to the large number of biased or untrue beliefs — some of which would otherwise remain rather fringe — that are reaching the mainstream through these social networks.

Examples include the election fraud theory, which mobilized the rioters to the country’s capital last year, and the “Qanon” theory, which alleges “that President Trump is waging a secret war against elite Satan-worshiping pedophiles in government, business and the media,” according to the BBC. Qanon was represented at the insurrection, too, with the presence of the so-called “Qanon Shaman,” later identified as Jake Chansley, who was sentenced to 41 months in prison for his role in the U.S. Capitol riot.

“Fake news is a social problem that we’re both really concerned about, and there’s just a huge need to come up with creative solutions and different angles,” Galletta Horner said.