Plans are in the works to transform several vacant Hazelwood lots into a 1-acre urban farm. 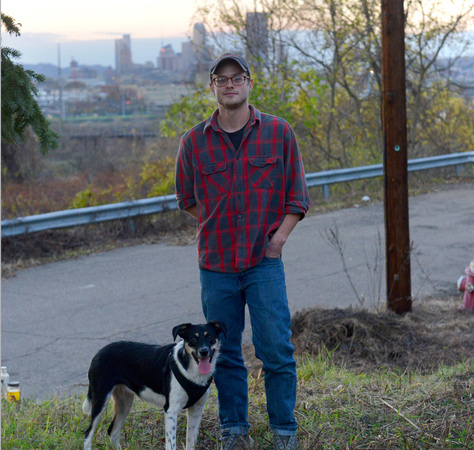 As I write this on a bleak winter day, I’m looking at my permaculture-designed garden, fantasizing about the abundant web of fruit, flowers, vegetables and pollinators I’ll see in June. Permaculture is one of the most sensible and intuitive ways to grow food, especially in urban settings. One of the primary tenants of permaculture is to produce no waste. Another core philosophy is to build the health of the soil that you’re working on. If you’ve spent any time walking around Pittsburgh, it’s pretty obvious that there’s still a substantial amount of vacant, wasted land in need of some tender stewardship.

“Early last spring, I looked a list on the county website of all the vacant lots in town. I wanted a to find few that were clumped together, and Hazelwood is abundant with vacant land,” says Kyle Pattison of the startup Hazelwood Farms.

Next spring, Pattison — who spent his time growing food for fishermen in Alaska before returning to Pittsburgh last year — plans on turning 1 acre of that abandoned land into an urban farm. “Hazelwood’s been classified as a food desert for over 20 years now,” he says.

Pattison says that John Creasy of Garfield Community Farm has been a big help in creating a framework for an urban, permaculture-inspired farm. “What’s they’re doing is a model that can be repeated throughout the city,” he says.

“In the long-term,” he adds, “I envision this farm to be a connection of vacant lots throughout the city.” Those lots will house bioshelters, chicken coops, hop yards and fruit orchards.

For the moment, Pattison is focused on getting phase one up and running. He’s accepting microloans for the project via Kiva Zip.

Things I’m Excited About This Week:

Repeal Day: Dec. 5, 1933, was a banner day in American history. That’s the day the 21st Amendment to the United States Constitution was ratified, therefore ending the country’s terrible experiment with the prohibition of alcoholic beverages. Celebrating Repeal Day has become customary in the booze community over the last few years. This year, instead of going to a Repeal Day party dressed like a gangster or a flapper — historically incorrect clothing choices, by the way — celebrate by visiting your favorite neighborhood bar.

East End Brewing Co.’s Week of Shenanigans: Three cheers to Scott Smith and his team at the East End Brewing Co. on their 10th anniversary. Smith — who I’ll feature in my February Grow.Cook.Drink. column — decided that the official opening on the brewery’s new on-site brewpub would be the perfect cause for celebration. Events kick off on the 6th with a double anniversary party with Harris Grill and conclude on the 13th with a square dance at the brewery. The full list of events is here.

Preservation Celebration 2014: Slow Food Pittsburgh and the Pittsburgh Canning Exchange are organizing an end of the season swap on Sunday at 1:30 p.m. Can too many tomatoes? Got an extra jar of strawberry jam you want to swap for some peach preserves? Show up at the Cloak Room and make it happen. There’s also a pickle contest you can enter. The $15 entrance fee includes samples, demos, pickling advice and live music; more info here.