Andrew Macura and Maria Pallone sprinkled details throughout their special day to honor their loved ones and make lasting memories. 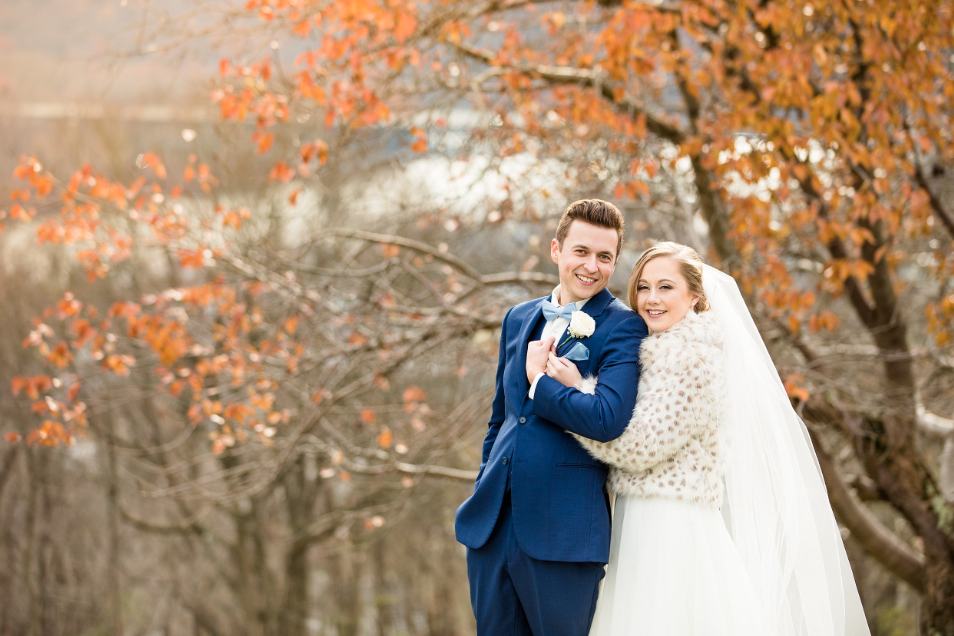 When it comes to family, they can often be the heart of what makes one’s wedding day memorable.

Leading up to their Nov. 20, 2021 wedding, Andrew Macura and Maria Pallone knew the most important part of their wedding was going to be celebrating with friends and family. In fact, when their photographer, Jenna Hidinger, asked what she should focus her camera on, they said the people.

“We wanted to remember who was there,” says Maria. “That’s why we were having the wedding — to celebrate with everybody who means something to us.” 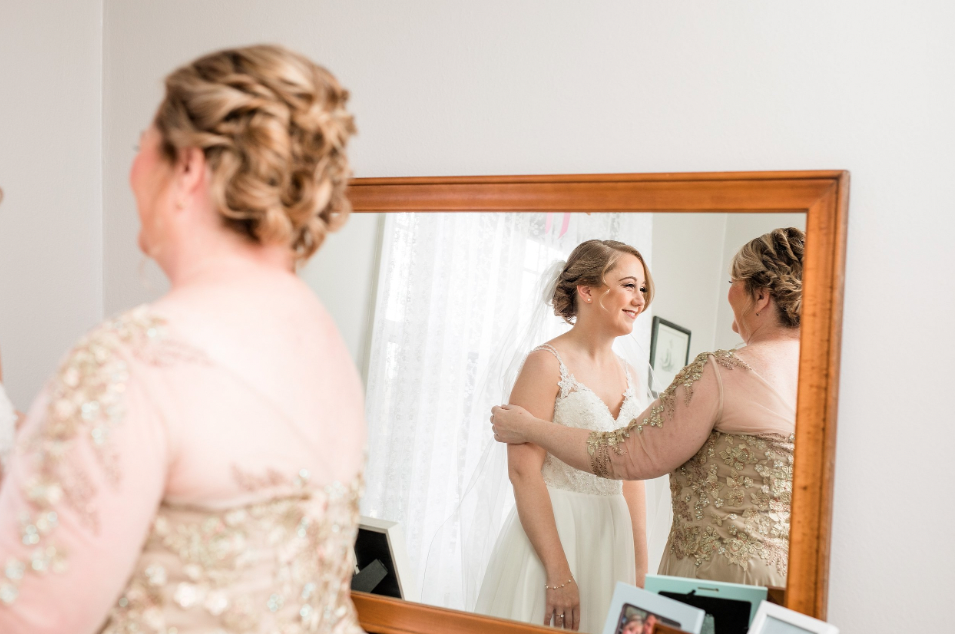 On the day of the wedding, both bride and groom both got ready in places that meant something to them, Maria in her childhood home and Andrew in the couple’s new home. While having her hair and makeup done, Maria recalled all the other times she had gotten ready for momentous occasions in the New Kensington house her parents purchased after they got married.

“To get ready there, it was kind of special to know that that was my last official memory of being at home,” says Maria.

For their first look, Maria met Andrew at their new house, where the couple plan to start their own family.

“We thought it would be nice to always have that memory of us seeing each other on our wedding day for the first time where we’re going to spend our life together,” says Maria. 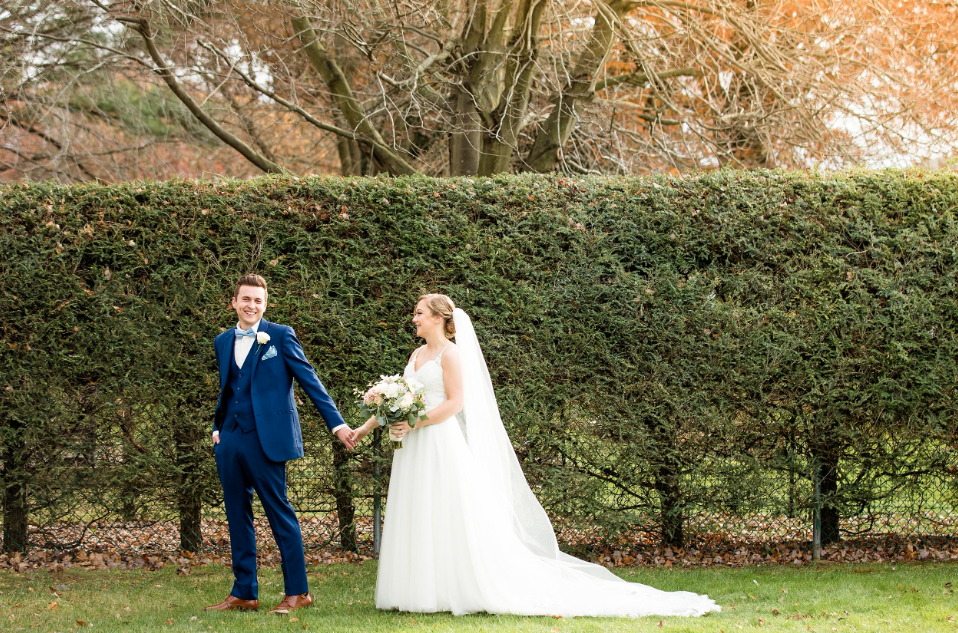 Following the first look, the couple traveled to Laube Hall in Freeport to have their ceremony and reception, the same venue that hosted Maria’s two sisters for their weddings. Originally, the couple had booked a different venue, but chose to postpone due to capacity restrictions caused by the coronavirus pandemic. While in the process of rescheduling, they were unable to find a date suitable for both the venue and their vendors. Fortunately, Laube Hall’s availability lined up perfectly with their vendors’ schedules and number of guests.

“We wanted everyone to be able to attend the wedding,” says Andrew. “We didn’t feel comfortable cutting people from our list.”

Family continued to take center stage at the reception, where the couple displayed wedding photos of their deceased loved ones, notably their late grandparents. 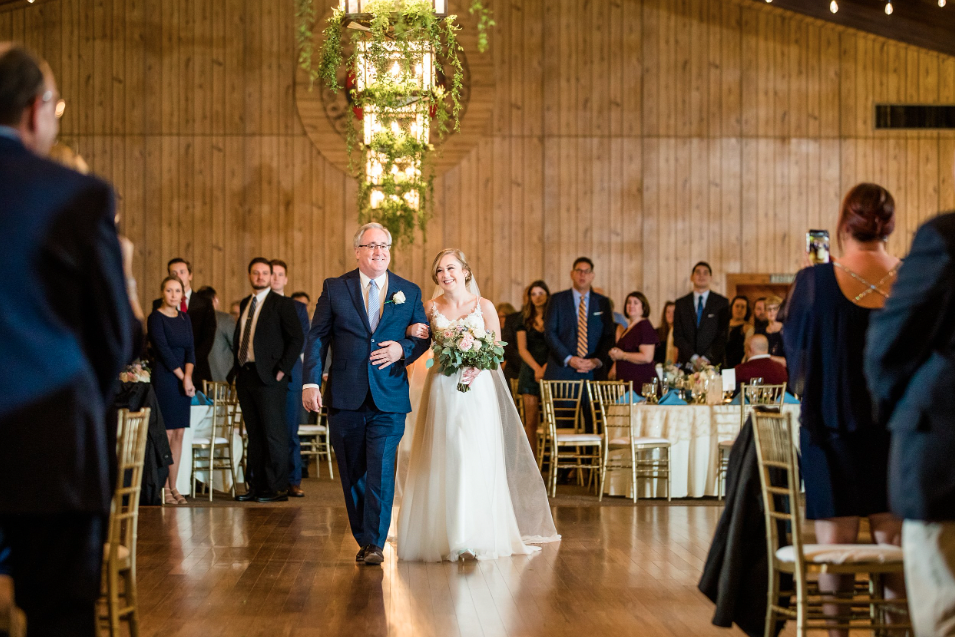 Maria’s father, Frank Pallone, a New Kensington magisterial judge, officiated the ceremony, just as he did for Maria’s sisters.

“That’s why we opted to not get married in a church,” says Maria, “because we wanted my dad to officiate.” 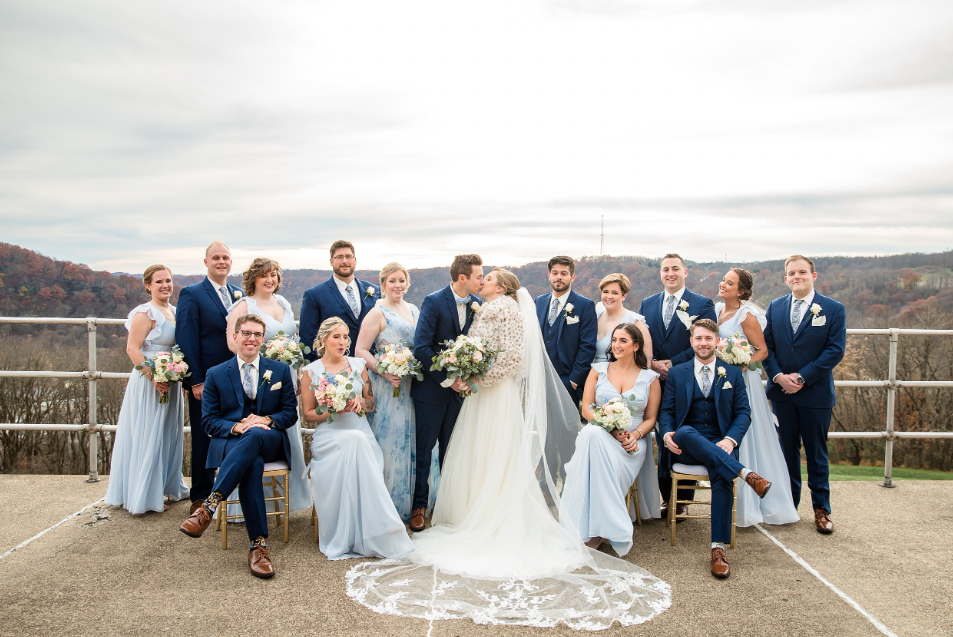 Frank began the ceremony by issuing a moment of silence to honor the couple’s late grandparents as well as Maria’s cousin, who died last year. He continued by telling the history of the couple’s relationship and why he believes they are compatible, as well as how he got to know and build a relationship with Andrew.

“That was memorable for both of us because we didn’t know what he was going to do,” says Maria.