Explore the Pittsburgh of Christmas Past at the History Center 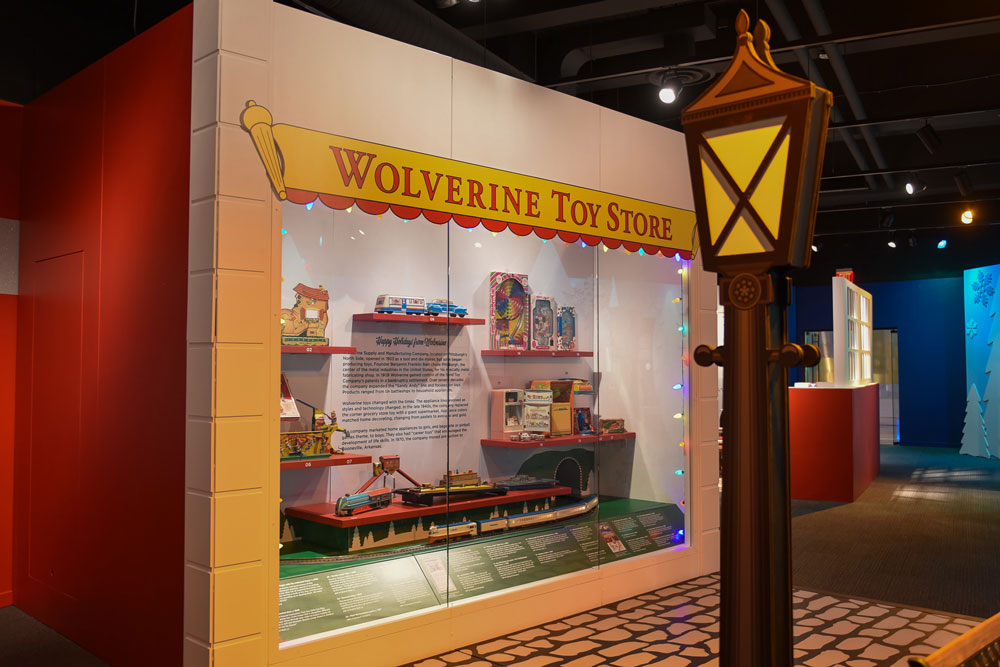 Through Jan. 5, History Center visitors can check out “A Very Merry Pittsburgh,” a collection of artifacts ranging from photographs and holiday cards of seasons past to remnants of long-gone storefronts and window displays.

According to Andy Masich, president of the museum, visitors can expect to see relics representing the various cultural traditions celebrated by Pittsburgh’s diverse population.

“This is intended to be not just a didactic museum exhibit, but a holiday experience for the entire family,” Masich says. “We want to recall those memories of holidays past that reflect all of the ethnic diversity of our community.”

The exhibit spotlights a series of stations labeled for different winter holidays: Christmas, Hanukkah, Diwali, Kwanzaa and Epiphany, as well as local and regional festivals including Light Up Night, the Polar Plunge and even the start of hunting season.

“We consider ourselves the people museum, and the holidays are really about the people from this region and the special traditions that they’ve created that make this a somewhat unique and different place,” says Anne Madarasz, director of the curatorial division and chief historian at the History Center. “We’re really going to go into people’s lives and tell you about the memories that make this place special. It might be about family, it might be about food, it might even be about football.”

The exhibit also pays special attention to the role of department stores in the creation of the holiday spirit as we know it. Masich says it was department stores that first employed electric lighting in an otherwise candlelit city at the turn of the 20th century, marking the beginning of a lively, lit-up Downtown era.

Included in the exhibit are window displays and remnants paying homage to the Downtown Macy’s, which closed in 2015, as well as artifacts from Horne’s, Kauffman’s and Wolverine Toy Store.

Visitors can also attend a slew of other public programs at the History Center this holiday season. At 7 p.m. on Thursday, Nov. 21, go behind the scenes of the exhibit with a panel discussion on the making of “A Very Merry Pittsburgh.” This discussion is free and open to the public. Other events include “Un Natale Italiano: A Holiday Concert,” on Thursday, Dec. 5 and a screening of the new film “Feast of the Seven Fishes” on Tuesday, Dec. 17.

Categories: The 412, Things To Do
Tags: things to do