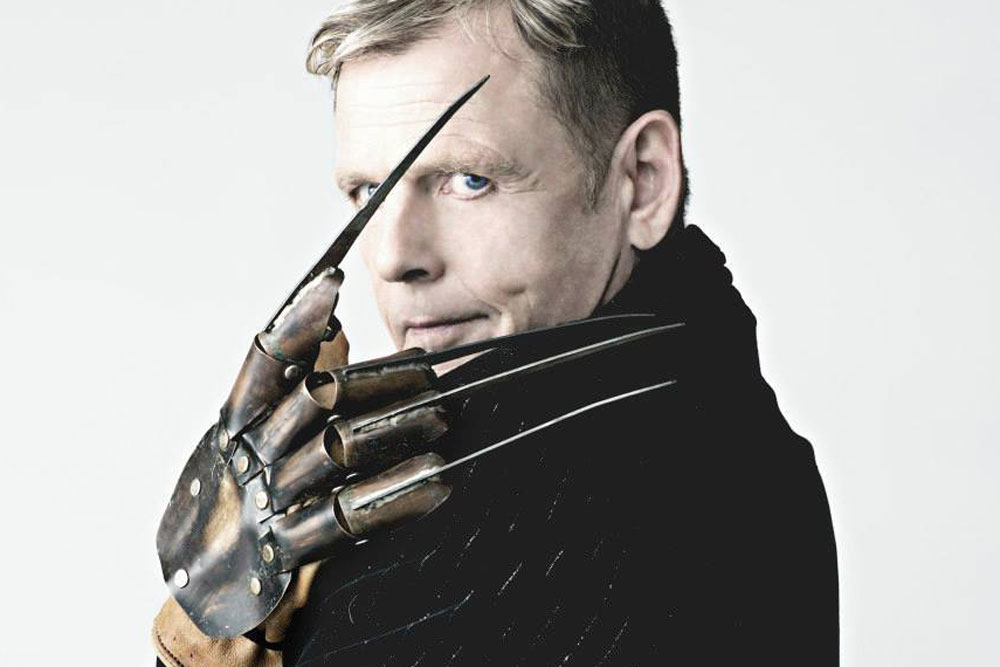 “A Nightmare on Elm Street 2: Freddy’s Revenge” is a strange movie.

Where most horror sequels reprise the basic premise of the original, “Freddy’s Revenge” is a noted departure, trading the traditional “final girl” main character for a troubled and sensitive young man — and fundamentally altering the M.O. of the series’ iconic villain. Jesse, as played by Mark Patton, is being taken over by Freddy Krueger; the villain is inside him, pushing him to mayhem he’s desperately fighting against.

Retrospective analysis has regarded “Freddy’s Revenge” as a thinly veiled allegory for Jesse’s struggle with homosexuality. That was news to Patton, however, who was trying to make a career as a leading man — which, in the early ’80s, meant that he had to keep his own (real-life) homosexuality in the closet. “Freddy’s Revenge” effectively outed the young actor, however. The change in his reputation that followed dovetailed with the AIDS panic in Hollywood; only a few years after a Broadway hit as Cher’s co-star and a blockbuster horror flick, Patton relocated to Mexico and gave up acting.

“Scream, Queen! My Nightmare on Elm Street,” a documentary revisiting Patton after his return from obscurity, is one of the featured films at the 2019 edition of Reel Q, Pittsburgh’s long-running LGBTQ film festival. On Friday, Oct. 11, “Scream, Queen!” will be shown back-to-back with “Freddy’s Revenge,” allowing audiences to see the still-debated film for themselves.

Patton is as compelling as his story; he’s a natural, charismatic presence on screen, either as himself or as a character. Much of “Scream, Queen!” is focused on bad blood between Patton and “Freddy’s Revenge” screenwriter David Chaskin, who denied that the film’s themes were intentional, blaming Patton for taking the character in a different direction. “Scream, Queen!” builds to a decades-delayed confrontation between Patton and Chaskin (which is captivating); it also spends ample time with Patton reconnecting with fans at conventions, including many who say they were validated by his portrayal of Jesse.

Documentaries are always well represented at Reel Q, and many — such as “Scream, Queen!” — focus on unconventional tales. “Gay Chorus Deep South,” which will be shown on Saturday, Oct. 12, takes place in the wake of the 2016 election. Amid waves of divisive rhetoric and discriminatory policymaking, a group of 300 LGBTQ+ men traveled from California to the South — to sing. From Mississippi to North Carolina, the San Francisco Gay Men’s Choir, led by conductor Tim Seelig, found allies throughout the Bible Belt as they embarked on the Lavender Pen Tour. The goal was to spread the message that love and acceptance can trump partisanship and politics — and they succeeded.

“Gay Chorus Deep South” warms your heart then breaks it, and then warms it up again. With a runtime of about an hour and a half, the documentary follows the choir on a journey rife with peaks and troughs. It’s filled with personal testimonials from members who lost everything in coming out as gay — many of whom had been ousted from their churches and forced to leave their southern towns behind. The Lavender Pen Tour was a homecoming for some and a reconciliation for others, and a feat for all involved.

Reel Q features a lineup of 25 feature-length films, including narrative features, and more than 60 shorts. The festival will take place exclusively at Row House Cinema in Lawrenceville, and most screenings are $10. For a full lineup and information, visit Reel Q’s website.