The late playwright’s childhood home will be restored and turned into a community arts center, thanks to the Save America’s Treasures program. 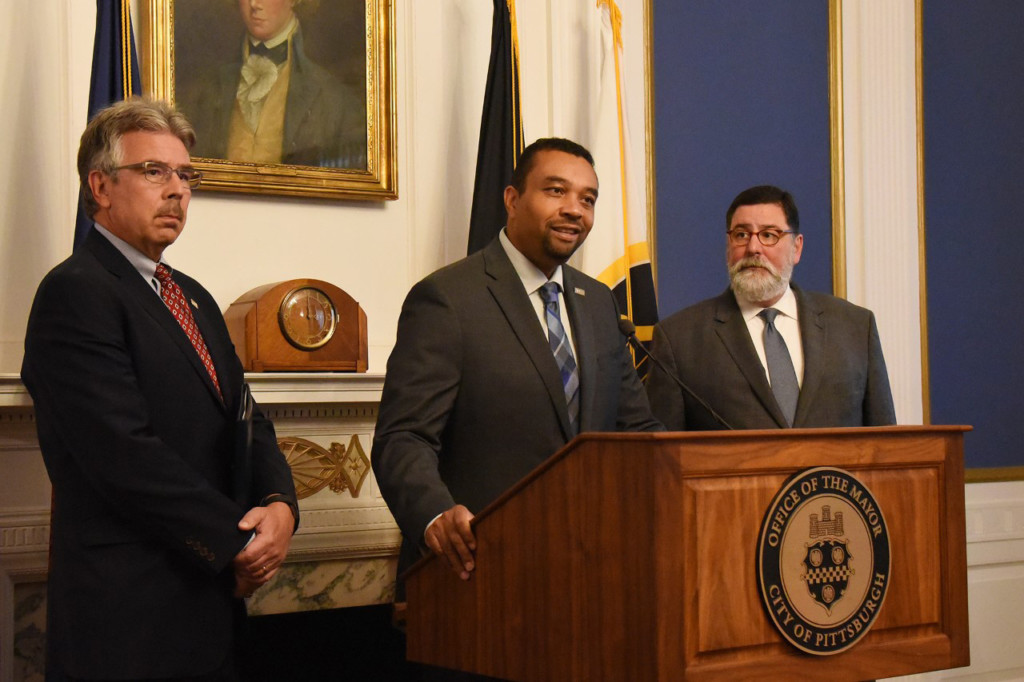 Theatergoers, playwrights and performers alike will soon be able to lay claim to the Hill District home where Pittsburgh playwright August Wilson lived and worked.

Duquesne University announced this week it has received a federal grant of $499,628 from the Save America’s Treasures program to restore the August Wilson House and convert it into a multi-disciplinary arts and education center.

“Just as August Wilson preserved and celebrated African-American life through the decades, so will this grant help us advance his good works for generations to come,” Mayor William Peduto said in a press release.

The arts center will join several other neighborhood-specific initiatives established to honor the late playwright’s legacy. This includes the annual August Wilson Birthday Block Party, as well as a yearly outdoor production of an August Wilson play in collaboration with Pittsburgh Playwrights. In past years, they’ve staged “Seven Guitars” and “King Hedley II” in Wilson’s former back yard.

The maximum grant amount was $500,000, making Wilson’s home one of 17 projects in the $400,000 to $500,000 range. Others in that bracket include the restoration of Willa Cather’s childhood home in Nebraska., the preservation of the Nantucket Lightship/LV-112 in Massachusetts, and a Smithsonian Institute preservation of original sound recordings from Alexander Graham Bell’s Volta Laboratory.

The August Wilson House successfully met the grant requirements by raising matching funds — but not without the help of a national cohort of arts and entertainment stars led by Denzel Washington.

As the restoration project enters its final design stage, construction is scheduled to begin by the end of 2019, with a grand opening tentatively planned on or before Wilson’s birthday on April 27, 2021. Beyond restoration, funds will go to supporting a wide range of programs — including performances, local and visiting artists, tours of the house and surrounding neighborhood, reading roundtables and arts programs for children.

“Duquesne is deeply committed to building community relationships that can benefit all concerned. We take seriously our role as an anchor institution as we work together with our community partners to re-envision the region for a new era,” Duquesne University President Ken Gormley said in a press release.