“September 11, 2001: The Day that Changed the World” includes archival photographs and images of artifacts from the 9/11 Memorial and Museum’s permanent collection. 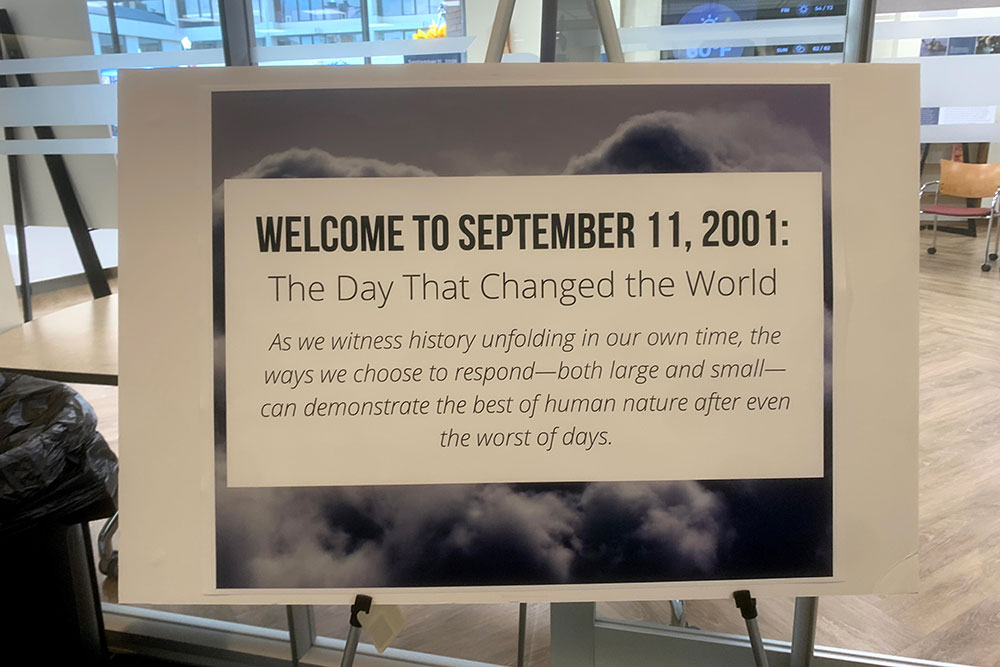 To mark the 20th anniversary of the attacks on Sept. 11, 2001, Duquesne University’s Gumberg Library is hosting an educational 9/11 Memorial and Museum exhibit featuring personal stories of witnesses and survivors.

By the time most undergraduate students were born, 9/11 was already a part of history, memorialized by the power of collective memory. As the first generation of young people born into a post-9/11 America comes of age, museum exhibits like this one aim to ensure that collective memory never fades.

“The University is honored to participate in this educational exhibition that gives us the opportunity to reflect on 9/11 after two decades,” Duquesne Provost David Dausey said in a press release. “It is a unique opportunity to help a new generation appreciate the vastness of the human spirit, even in the face of immense tragedy, and to understand our shared humanity that ultimately cultivates rebirth and renewal from within the ashes of despair.”

The exhibit tells a story of tragedy and perseverance across 14 posters, incorporating photographs and images of artifacts from the 9/11 Memorial and Museum in New York City. The posters walk visitors through the events of the day and through the ripples that would be felt for years to follow.

One of the posters tells the story of Ada Dolch, a principal at New York’s High School for Leadership and Public Service. She heard “an enormous boom,” and used her radio to communicate with staff on the school’s upper floors, where students could see flames coming out of the towers. Her sister, Wendy Alice Rosario Wakeford, worked in the North Tower.

“God, please take care of Wendy. I have to take care of the kids in my school,” Dolch said, according to one of the posters.

Dolch spearheaded the school’s evacuation procedures and guided more than 600 students and staff members to safety, but her sister died in the attacks.

Another individual profiled in the exhibit is John Abruzzo, who was working on the 69th floor of the North Tower when Flight 11 struck the building at 8:46 a.m. Abruzzo, who was quadriplegic and used a wheelchair, couldn’t access the emergency stairwell to evacuate on his own, and so 10 co-workers took turns carrying him down the stairs. Firefighters encouraged the group to leave Abruzzo with them, but they chose to stay together. All of them were able to make it to the building’s lobby, where they escaped through a broken window. 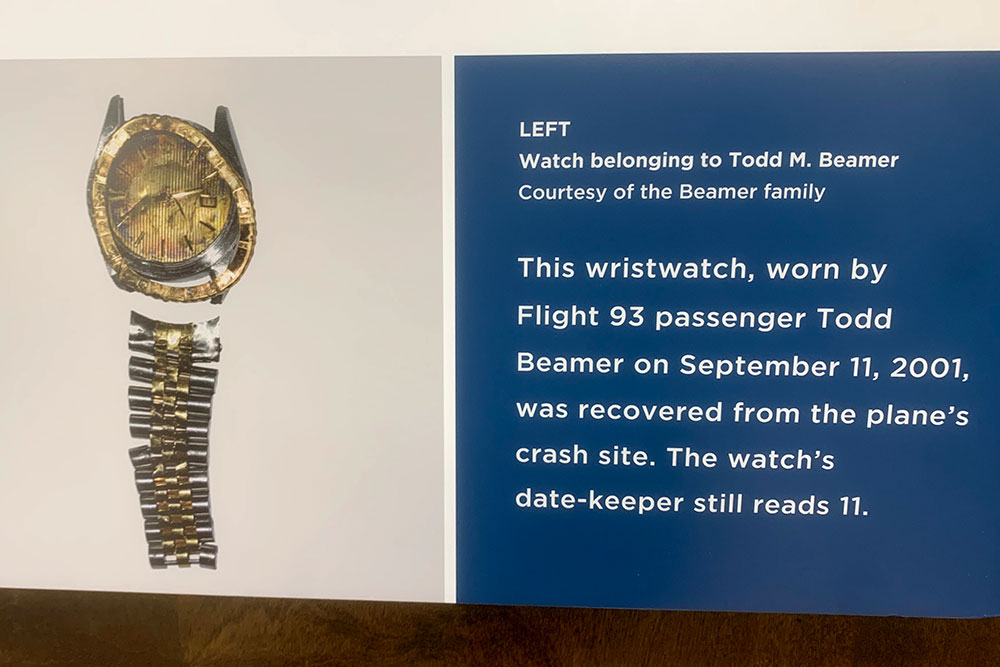 A photograph of a broken wristwatch worn by Todd M. Beamer, a passenger who died when Flight 93 crashed near Shanksville, Somerset County, was displayed on another poster. The watch was recovered from the wreckage, and its date-keeper still reads “11.”

There’s also a whiteboard in the room encouraging visitors to share how they remember Sept. 11.

“As Mr. Rogers says, ‘Find the helpers,’” wrote another, paraphrasing a famous quote from the Pittsburgh television legend Fred Rogers.

The exhibit is on display in the library’s fourth-floor Popular Reading Room from Aug. 18 to Sept. 27.

Other events commemorating the anniversary on Saturday: