Why and where to celebrate on Thursday, which marks the annual release of the young wine. 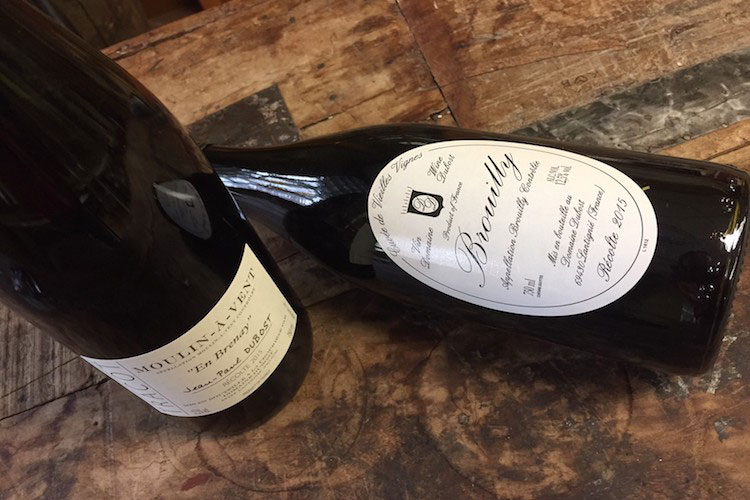 Pittsburgh may be an ocean away from Europe but on Nov. 15 we all have a chance to drink like the French. On the third Thursday of November at 12:01 a.m. local time, the French government releases the new vintage of Beaujolais Nouveau.

Beaujolais Nouveau is a light-bodied red wine made from Gamay grapes that are grown widely in the region. It is harvested, crushed and almost immediately bottled (less than two months after crushing), forgoing any sort of aging process that most other wines from France implement.

The Gamay grape, particularly when vinted using carbonic maceration, produces flavors that are almost tropical, with wine professionals often identifying flavors like bubblegum and banana. Carbonic maceration skips the de-stemming process that most wines go through and instead opts for whole cluster fermentation. The clusters are then sealed into steel tanks that are pumped full of carbon dioxide. The lack of oxygenation in the winemaking process causes fermentation to start inside the grape and work its way out. As more liquid is created the grapes are crushed under their own weight, creating the light, zippy, fruit-forward flavors associated with Gamay.

For Deb Mortillaro, owner and partner of Dreadnought Wines and Palate Partners in Lawrenceville, “simple” is a keyword when drinking Beaujolais Nouveau. “Several years ago we did the anti-Nouveau class. I’m not knocking it. It’s an easy drinking wine and it’s light and fruity. The holiday also makes wine fun,” she says.

Just south of the popular and established Burgundy wine region, Beaujolais vitners were struggling to get consumers to take notice of their wines. In the 1950s, distributors began to race to see who could deliver the first bottles to Paris. By the 1970s, they decided to create a holiday for Beaujolais Nouveau that would get people excited about tasting the new harvest and celebrate a day of dining, drinking and spending time with friends and family.  Hundreds of public festivals have blossomed across France celebrating the release of this simple wine.

Mortillaro recommends Beaujolais Noveau for newcomers to red wines. However, she is passionate about Beaujolais as a whole region. “Beaujolais is a wine region in France. That’s what people miss. There’s a whole array of wines that come from the region that have more depth,” she says.

Mortillaro sees Beaujolais Nouveau as the pied piper to the region, drawing those who might be interested in learning more about wine and providing a fertile ground for exploration. “This is a sub-region that’s connected to Burgundy, a very famous region. It’s kind of like David and Goliath,” she says.

In the United States, the release of Beaujolais Nouveau coincides with the Thanksgiving holiday and following the culinary guideline of “if it grows together, it goes together,” the light, fruity wine pairs nicely with harvest foods like root vegetables, turkey and breads.

Whether you prefer to stay at home and crack a bottle from the Fine Wine and Good Spirits store or go out for dinner, Thursday will be a good excuse to celebrate. Palate Partners is hosting a class on the wines of Beaujolais in the evening and Casbah in Shadyside is hosting a four course dinner with unlimited wines from Beaujolais.