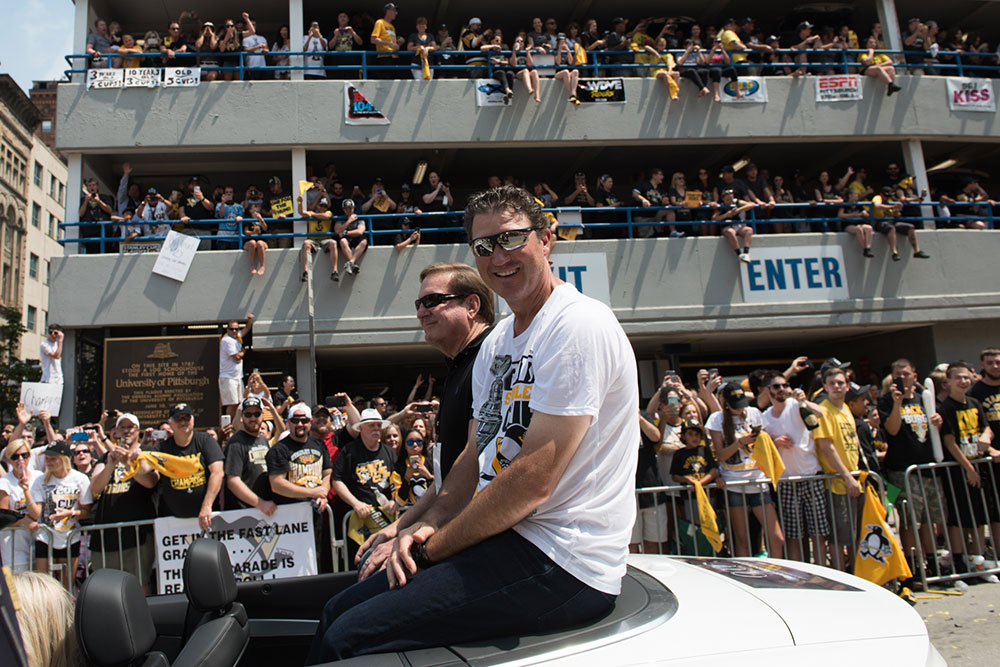 In a move that many hockey fans may have seen coming a mile away, the Pittsburgh Penguins and Fenway Sports Group announced Monday that they’ve entered into an agreement that will allow Fenway Sports Group to acquire a controlling interest in the team.

Mario Lemieux and Ron Burkle purchased the Penguins for $107 million in 1999, when the team was on the verge of bankruptcy. They played a large role in securing PPG Paints Arena, thus deterring talks of relocating the team, and the Penguins have won three Stanley Cups under their leadership — more than half of the five championship titles the team has claimed since its inception in the 1967 NHL expansion.

As part of the deal, Lemieux and Burkle will remain part of the ownership group. Fans won’t see any immediate changes to the Penguins’ management structure, either. CEO David Morehouse; COO Kevin Acklin; Brian Burke, president of hockey operations; general manager Ron Hextall; and head coach Mike Sullivan will all remain in their current positions.

“As the Penguins enter a new chapter, I will continue to be as active and engaged with the team as I always have been and look forward to continuing to build on our success with our incoming partners at FSG,” Lemieux said in a press release. “They have an organizational philosophy that mirrors the approach that worked so well for Ron and me over the past 22 years.”

The deal comes after weeks of speculation and discussion. Fenway Sports Group, a global sports, marketing, media, entertainment and real estate company whose portfolio includes Fenway Park and Anfield Stadium, as well as the Boston Red Sox and Liverpool Football Club, has been vocal about its intent to acquire more sports clubs in North America. The Penguins seemed to be a natural choice.

“The Pittsburgh Penguins are a premier National Hockey League franchise with a very strong organization, a terrific history and a vibrant, passionate fan base,” FSG chairman Tom Werner said in the release. “We will work diligently to continue building on the remarkable Penguins’ tradition of championships and exciting play.”

“Fenway Sports Group brings everything we could ask for in an ownership partner to help continue the historic success of the Pittsburgh Penguins,” Morehouse said in the release.

Financial details of the deal weren’t immediately released. However, Sportico valued the Penguins at $845 million last month, and experts have said the sale will be around $900 million.

The deal, still subject to approval by the NHL, is expected to close before the end of the year.