With a little FOH polishing to match the strong menu from talented executive chef Dave DeVoss, the boutique restaurant could be a suburban gem. 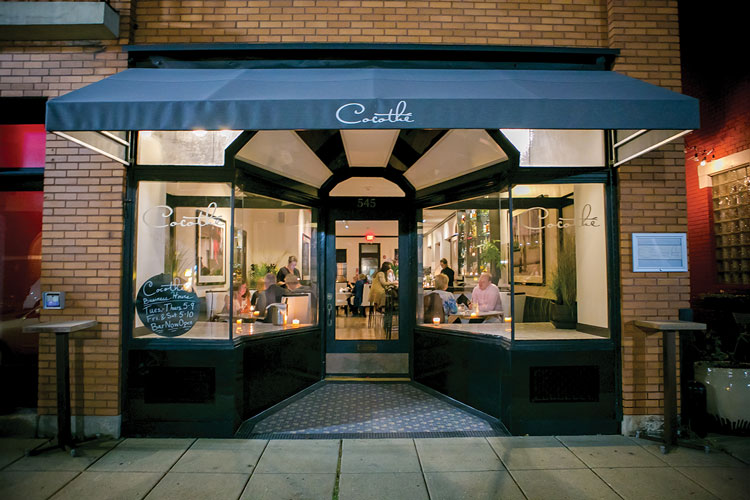 Cocothé has the potential to be the sleeper hit of the season.

The Sewickley eatery opened in April 2012 as a chocolate and tea shop. After owner Courtney Yates hired Dave DeVoss as executive chef in 2015, he ran the space as a 20-seat restaurant with a limited menu. I first visited Cocothé during this period and was an active advocate for its eventual inclusion on Pittsburgh Magazine’s 2016 Best Restaurants list. In August 2016, Cocothé moved next door and became a tasting-menu-only, 34-seat restaurant with a 20-seat patio.

When a tasting-menu-only restaurant works, it’s an exciting, satisfying form of contemporary theatre. When it flops, it’s easy to feel trapped in a failed illusion. The experience at Cocothé’s $74, three-course tasting menu falls somewhere in the middle (the restaurant recently added a two-course option). It has a strong leading player but often falls short with the rest of the cast.
​ 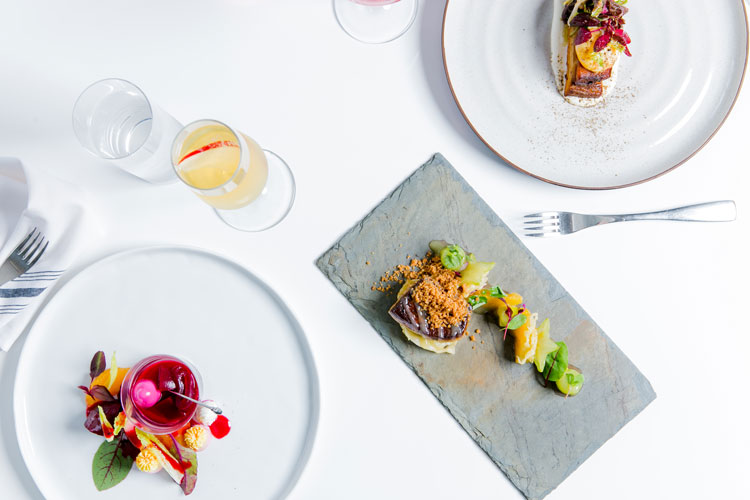 DeVoss, 40, is a 20-year service industry veteran who has worked in the kitchens of Hyeholde, LeMont and the Sewickley Hotel — plus a stint as a manager at a local Denny’s, where he says, “I learned a lot.” He’s cooking a menu that’s as ambitious as any in the city, and he’s hitting his marks better than just about everyone else, too.

Navigating Cocothé’s tasting menu is the first indication that the director of the play might not be on the same level as its star: Diners are presented with 12 choices, organized as a three-by-four grid. Servers tell you to order down but also to feel free to mix it up in whatever combination makes you happy. Eventually, you or one of your dining companions will figure out that you can order one item from each horizontal line to assemble your custom three-course tasting.

Brush past the two good but dated amuse-bouche, in anticipation of the first course. 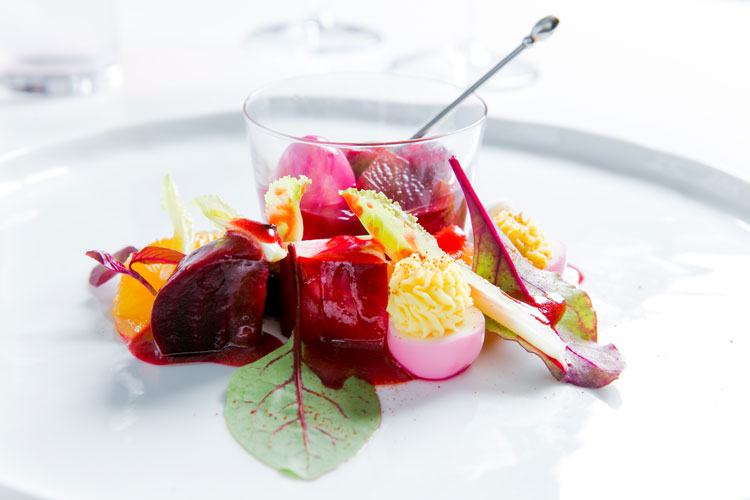 Oysters, baked buttery, are softly crunchy and herbaceous showstoppers. Caviar is brined perfection, served with toasty brioche, tuna with sesame oil and a lively lemon gelee. A beet dish, served with eggs, watermelon, pickled onion, soft goat cheese and salad greens, also is a winner.
​
DeVoss deserves a mid-performance standing ovation for his foie gras, which is my favorite of the second-course dishes. The portion size is spot-on, soft and livery flavor balanced by a slightly acidic, rosemary-infused sauce and tart plums presented in a colorful parade.

Pork belly, luscious and meaty on one visit, was a tad dry on another, saved by a poached egg yolk. Yogurt, creamy and tangy, with perfectly diced cucumbers is a light and refreshing vegetarian option. 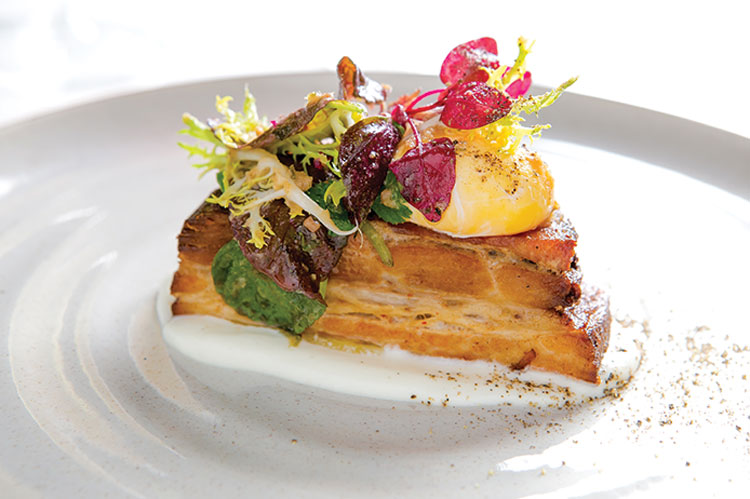 The third courses — served in bowls that resemble upside-down bowler hats — are more uneven than the first two. Perhaps the peculiar plating is an indication to get the mushroom pappardelle, which is the best of the bunch and the only entree that made sense served in a bowl. Lamb chops, terrific on one visit, were dry and salty on another. Bison tenderloin with mole, while perfectly cooked and quite enjoyable, seemed an odd diversion to Mexico from a chef whose style is heavily contemporary French and new American.

A drinks-writer friend and I both cooed over Cocothé’s cocktail list, which shines with options such as Spiced Pear 75, a warm, autumnal and cozy play on a French 75, and The Phoenix, a spin on a Negroni with strong notes of bitter orange that’s bracing and straightforward. Just avoid Josephine’s Desire, which, as my friend said, “tastes of sweet soap,” and you’ll be happy. 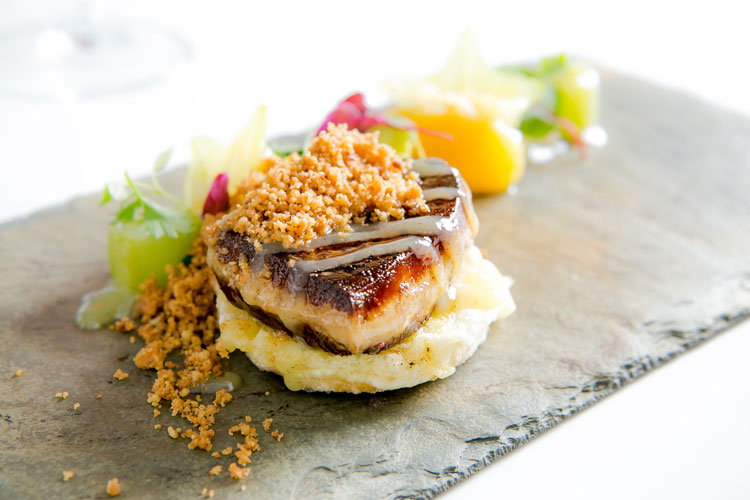 The rest of Cocothé’s supporting cast needs more training. My first visit to the new space was, aside from the food, a disorganized mess. Silverware and plates were cleared haphazardly — and sometimes not at all, a friend’s amuse glass remained on the table for the entire meal — and time between courses lagged endlessly. Nobody front of house communicated with anyone else, nor did anyone step in to help correct the lengthy series of calamities.

Service was smoother on another visit but still felt amateurish. Our server, who was friendly but didn’t appear to be trained in the nuances of fine-dining service, instead navigatied the meal with an informality that felt inappropriate for the ambition of the space. Plus, she didn’t let us know about the restaurant’s destination-worthy wine list, nor, I got the sense, could she have helped us with that even if she had.

That’s the sort of thing that flies at a casual restaurant but shatters the magic at Cocothé, diminishing the potential for what could be a significant culinary contribution to the region from DeVoss. Even as-is, it’s worth visiting Sewickley to enjoy DeVoss’s cuisine. Still, I hope that ownership will invest some time and training that will make what’s in front of the curtain as strong as what’s behind it. 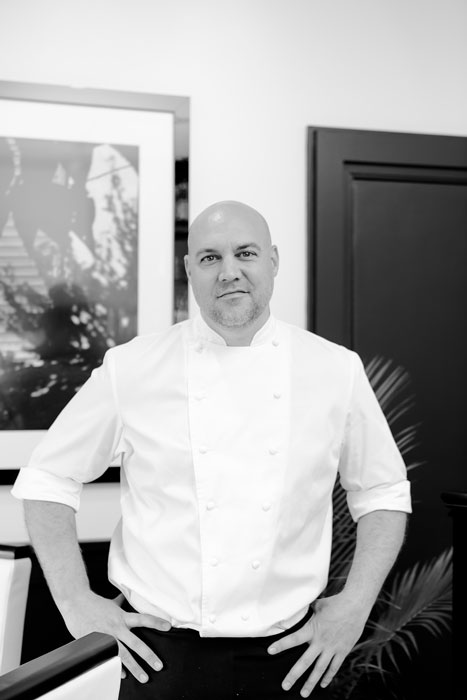 How did you develop the style of food you’re making?
When I say that my first real job was at Hyeholde, I mean it’s when I first caught the bug for great food and for making it at a high level. I’ve always worked in a kitchen. My grandmother was a cook, and that was a huge influence, too. But it started rolling there from Hyeholde, always thinking about food. It’s learning on the job. Everywhere I went there was always a French influence.

What’s motivating you now at Cocothé?
We were on the other side (in the smaller space next door), and we started getting busy. When we moved to the other room, we had some conversations: Do we want to go for it? Do we want to raise the bar? We wanted to be a Michelin-type place where you go in and accept your fate (in the form of a tasting menu), but we also need to keep the price down and to make sure you’re not in the room for too long. We also always want to step the game up and make it better. So how do you get a tasting-menu-style restaurant to be casual?

What are some of your favorite ingredients to work with?
I love Osetra caviar. I love fresh herbs. I love the stuff from McConnells Farm. Maybe this sounds lame, but I love fresh corn when it’s in season. Fruit at its peak. Fresh produce in season.

Where do you see the menu going in the future?
As a chef, I just have to keep every one of the dishes better. When we switch menus with the season, I want to make sure the dishes are better. I want every single thing someone eats to be better in some way than what they’ve eaten before.

What challenges are you facing being out in the suburbs?
We want Sewickley to be a destination spot. Vivo is here, there’s a cool pizza shop down the street and a steakhouse opening soon. So I think people will start coming here. For the most part, we have happy customers who are willing to go on the journey with us. Some people aren’t expecting a tasting menu and will leave before ordering, but that’s rare.

This article appears in the November 2016 issue of Pittsburgh Magazine.
Categories: From the Magazine, Hot Reads, Restaurant Reviews