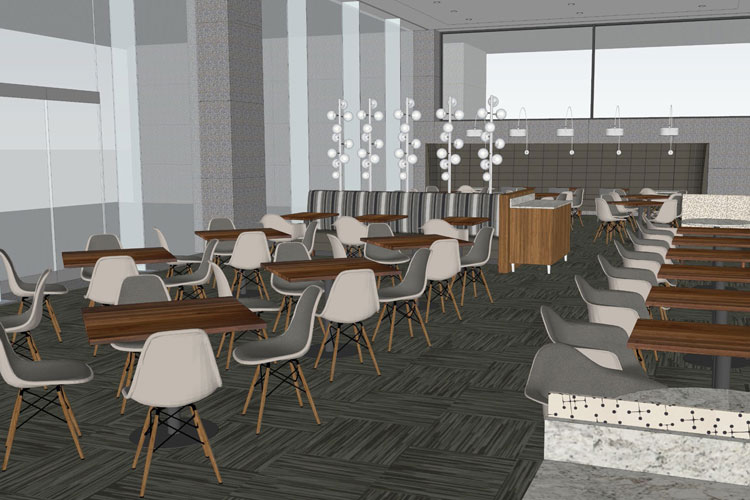 Oakland’s Carnegie museums, already renowned institutions for their world-class permanent collections and rotating special exhibitions, increasingly are also becoming a cultural hub for Pittsburgh with events such as Third Thursday dance parties, lectures and screenings with international artists and even an occasional late-night rave. They soon will become even more of a draw when the refurbished Café Carnegie reopens later this autumn as a restaurant, coffee shop and wine bar as part of Texas-based Culinare’s takeover of the Carnegie's dining contract.

“It’s such a beautiful space. It deserves to have beautiful food in it, too,” says Finn.
​
Café Carnegie will feature a lunch menu with a handful of starters, large-format salads, sandwiches and a couple of entree-sized portions, plus weekend brunch service. “It’s similar to what you’d expect from Dinette. We're going to serve food that you eat that makes you feel better,” says Finn. 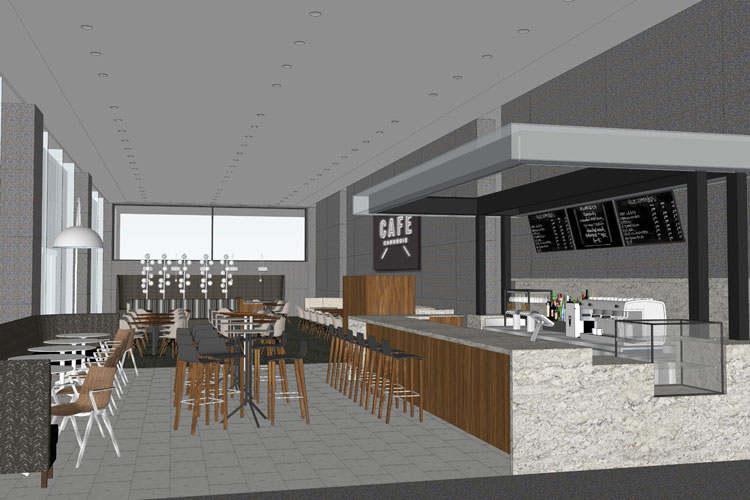 All bread and pastries for the restaurant and cafe will be baked in-house, and Finn says as many of the ingredients as possible will be sourced locally from suppliers such as Penn’s Corner Farm Alliance. There also will be a curated wine list, an espresso bar and plus a special late-night menu on Thursday nights (the museum closes at 8 p.m. on Thursdays).

Since museum visits often are family affairs, Finn wants to make sure that kids also have an opportunity to eat well, too. “I want kids to feel like it’s someplace special for them to go,” she says.

In fact, her son Miles is a big inspiration for Finn’s takeover of the Café Carnegie, which is her first new restaurant project since opening Dinette in 2008.

“I’ve thought about this for a long time. I’d go there with Miles, and we’d sit in the cafe — we spent so much time there, he even learned to walk in the Hall of Dinosaurs — and we’d have a garden burger and french fries or something like that. I’d look at this gorgeous space and think about how amazing it would be to run a restaurant here,” she says.