Did You Know the Jeep Was Born in Our Own Backyard?

Butler County, the birthplace of the Jeep, gears up to celebrate an American icon. 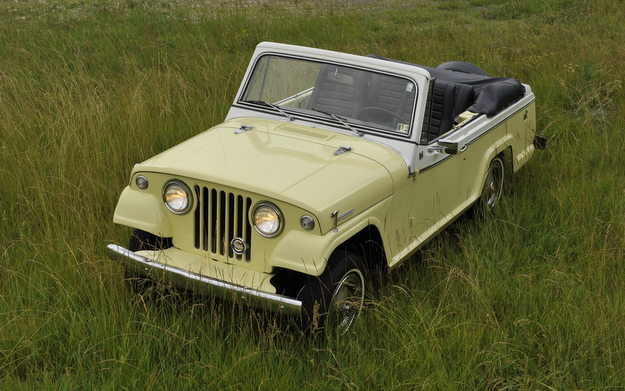 Like a bottle of Coca-Cola, a pair of Converse Chuck Taylor All-Stars or Levi’s jeans, the Jeep is an American classic. While the origin of its name may be debated (was it a slurring of G.P.—General Purpose—or named after Eugene the Jeep, a nimble character from the Popeye cartoons?), its birthplace is not. The Jeep was born in Butler County, and many people there are revving their engines for an exciting celebration of the Jeep’s storied heritage.

The Bantam Jeep Heritage Festival, taking place Aug. 12-14 in downtown Butler and at the Butler County Fairgrounds, boasts three days of shows, demonstrations, music, fireworks … and lots and lots of Jeeps. In fact, event organizers at the Butler County Tourism and Convention Bureau are predicting that more than 1,000 of the rugged vehicles will take part in the activities, including an attempt to enter the Guinness Book of World Records with the world’s longest Jeep parade and cruise on Aug. 12. Early registration shows that the event is drawing 800 Jeep owners from 25 states—and Canada, too.

Highlights will include a “Jeep Playground,” a place where drivers can let loose and tear through a variety of off-road challenges including a rock crawl, mud pit and teeter-totter; a Show ’n Shine Jeep Show with 15 categories to enter; and Canadian Jiffy Jeep demonstrations, in which an entire vehicle will be torn down and rebuilt in less than five minutes.

The Jeep was developed during the summer of 1940, when Butler’s American Bantam Car Co. responded to the U.S. Army’s need for a lightweight, four-wheel-drive reconnaissance car. The Jeep went on to play an important role in World War II, and the festival will recognize its contribution to American history with WWII military encampments and displays, history exhibits about the creation of the Jeep, and a chance for visitors to see some of the original models up close.

For current and hopeful Jeep owners, national manufacturers and retailers will sell parts, accessories and other merchandise. How-to sessions will offer pro demonstrations on how to get the most from your Jeep.

The festival will also feature a concert with four bands, including headliners The Fabulous Thunderbirds, on Saturday, Aug.13 (followed by fireworks), a “Little Jeepers Playground” with activities for kids and prize raffles with more than $10,000 in merchandise.

This article appears in the August 2011 issue of Pittsburgh Magazine.
Categories: Arts & Entertainment